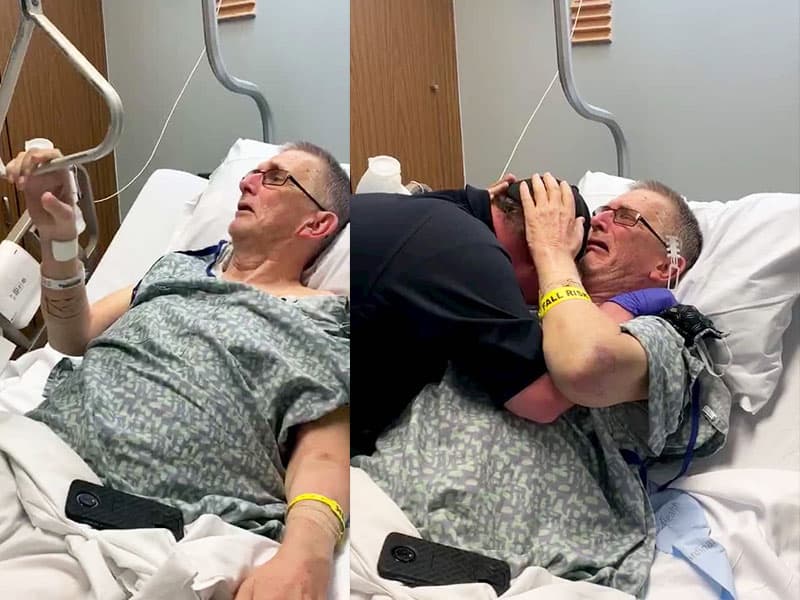 In a time like today, where the pandemic crisis often forces families not to see each other, a reunion has become an emotional and treasured moment for everyone.

In a post by Pafford EMS Mississippi, a 73-year-old man and his son had an emotional reunion after a long time of not seeing each other. 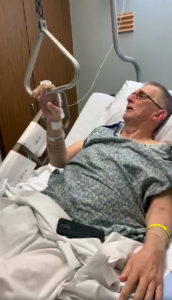 Will LaGrone, a Pafford EMS Paramedic, apparently had his father admitted to the hospital after a terrible car accident. But to fight the spread of COVID-19, the hospital restricted anyone from visiting patients. Hence, for several weeks, the elderly man had to be apart from his family. He was all alone in his room when one day, the paramedics came. And the sweet father never thought it would be a tearful moment for him.

According to Pafford EMS Mississippi, Will made an arrangement with the management to “be the one to transport his father to rehab from the hospital in Shreveport.” He wanted to surprise his father in Louisiana. So, when he came inside the room and removed his mask, the father recognized him and both hugged each other. 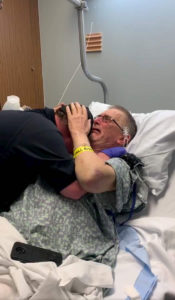 “As you can see Will’s father was overcome with emotion. We are honored to share these photos of the emotional reunion of father and son,” the emergency rescue service wrote.

The 73-year-old dad was immediately brought to tears. Further, he stroked his son’s head and held him tightly saying, “my baby boy.”

Then Will, later on, responded with an “I love you” to his father. And his dad held his face with his hand.

The touching father and son reunion inspired thousands of viewers. Some described it as “True unconditional love,” while others admitted it made them cry.

This was indeed a heartwarming moment. It’s the best thing a child could ever give to his elderly father. This is what you call family!