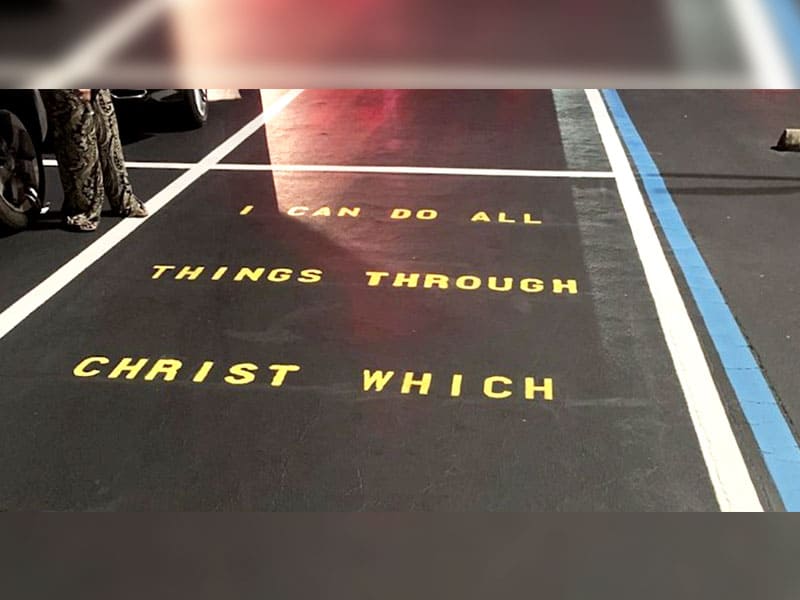 Teacher Paints Philippians 4:13 On Her Parking Spot, Then Colleague Reports To Have It Removed

A colleague at a school in Wesley Chapel, Florida, complained and reported the teacher who painted Philippians 4:13 on her parking spot.

Instructional assistant Marina Gentilesco got offended after she saw the word “Christ” in Wiregrass Ranch High School’s parking lot one day. Apparently, a teacher boldly painted a Bible verse in her parking spot. She painted Philippians 4:13, “I can do all things through Christ which strengthens me.” 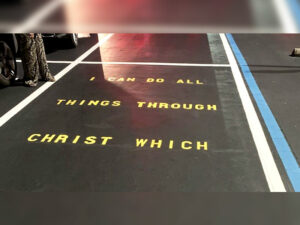 The staff then accused the teacher of attempting to proselytize school students with what she did. She thought the initiative intended to “force the Christian faith upon others,” which was not allowed in the school. The Jew feels attacked every time she sees the painting because of her own beliefs. So, she reported it to the principal of the school.

“I feel like it’s attacking me as a Jew,” she shared in an interview with WFLA News Channel 8. “It brings me to the verge of tears because it brings me back to the 6 million that perished. Six million perished because of our faith — because we’re Jews.”

Marina complained against the teacher and requested to have the verse removed. But later on, the Pasco County Schools declared that the teacher was innocent because it was not a violation at all.

The Officer clarified that the painted Bible verse wasn’t proselytizing. The teacher was merely expressing her Christian beliefs through it. And it’s something that the school allows. Because in Wiregrass Ranch High School, “students and teachers” are allowed “to express themselves freely and assert their own individuality.”

The parking spot issue received various reactions from concerned citizens. But many believers applauded the teacher for her bold expression of her Christian faith.