BREAKING
Lay Aside The Old Self
Ben And Jerry’s Staying In Israel, But Founders Aren’t Doing The “Chunky...
Israel Has a New Prime Minister
Home Tags Posts tagged with "partying"
Tag:

A successful businesswoman in New York City who was living a life of partying, drinking and sex heard God’s voice in a Manhattan bar that drastically changed her life.

Carla Pratico was obsessed with her achievements. She loved how they helped her gain the approval of men. However, despite being successful in her career, her life revolved around alcohol, party, and sex. She worked during the day and partied at night. Each week, she would get drunk three to four nights to escape the pain of rejection, unworthiness, and the feeling of being lovable. 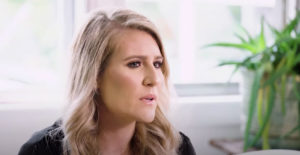 “I was really trying to convince myself that I was lovable,” she recalled. “It’s like if someone will take me home, then that means I must be lovable. Then you wake up in the morning, and they don’t even remember your name.” 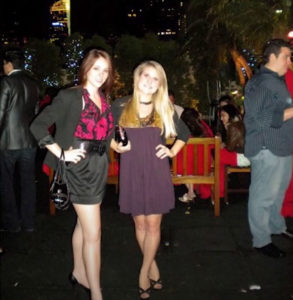 Hearing An Audible Voice In The Bar

One day, during her 23rd birthday, she invited her friends to celebrate with her. Only one person showed up. And this one person also ended up going home. She was all by herself when suddenly a voice spoke to her saying, “This is not your life.”

“As soon as I heard those words, I knew they were true. It was as if someone had turned the lights on in the bar for me,” she said.

Instantly, Carla knew she had to leave the bar to find real life. Drunk, she walked straight out of the bar and got a cab.

Inside the cab, a man and a woman agreed to take her home despite off duty. Then she heard the woman in front of the car saying, “Doesn’t God know it?”

She only caught that phrase but hearing the word God made her realize it was God who spoke to her earlier. So she asked them “Do you believe in God?”

They ended up sharing the Gospel with her and told her how much Jesus loves her and that He died just for her.

“I’ve heard this story before but for the first time in my life, I felt like it was just for me,” Carla recounted.

As they were talking, she instantly started repenting. That night, in the cab, everything changed and she was never the same again.

Eventually, she found a church where she was baptized with the Holy Spirit. Carla described how that powerful experience instantly delivered her from cursing, drinking alcohol, and sleeping around with anybody.

“I just really found myself constantly wanting to pray for people. To see the city of New York know Him. God never ever asked me to earn His love. It was never about the doing, nor about getting it right. When we actually believe and know that we’re loved, and that we were first created and designed to be the object of God’s affection, you start doing the things that align with His heart.”

Today, she is living for God and continues to offer hope to others through the Name of Jesus.

"Jesus Saved Me in a Bar" - Carla Pratico's POWERFUL Testimony