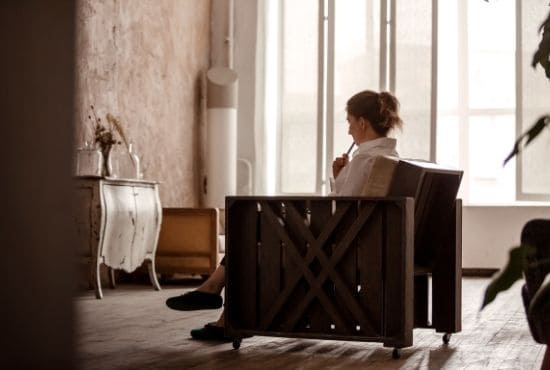 God Is Healing Your Past Traumas & Emotional Bondages

God is healing your past traumas and emotional bondages today just as He healed Patricia King from her pain in the past.

On Moving Mountains Overtime, prophetic minister Patricia King shared her testimony of how God healed her and delivered her from emotional traumas. As she started her relationship with the Lord, her past was weighing her down emotionally. Even as she experienced the love of the Lord, it was hard for her to let go of her traumas.

“When I was a brand-new Christian, I’d come to the Lord and was immersed in His love. But I had so much baggage that I came into the Kingdom with,” Patricia recalled. “It was emotional baggage from all kinds of trauma that had taken place in my life prior to coming to know the Lord.”

But when she finally reached out to God and asked Him to heal her from all her pains and traumas, her life changed! God healed her and delivered her from emotional bondages and gave her a new life.

“I reached out to God and as I did, He healed each and every thing,” she said. “He not only healed me, but He delivered me from all kinds of bondage that were associated with the pain that had taken place in my life.”

Just as God healed Patricia King from her past traumas, God is also willing to heal you! No matter what you’ve been through in the past, healing and freedom will be yours because God is redeeming you right now. Just reach out to Him and receive this powerful prayer Patricia is declaring.

“There’s no problem that you have faced that is too big for Him. He is greater than anything that you have suffered, anything anyone had done to you, and His love is going to heal you.”

Read also: If You Don’t Choose God, You’re Choosing The Enemy; There’s No Neutral Territory In This World 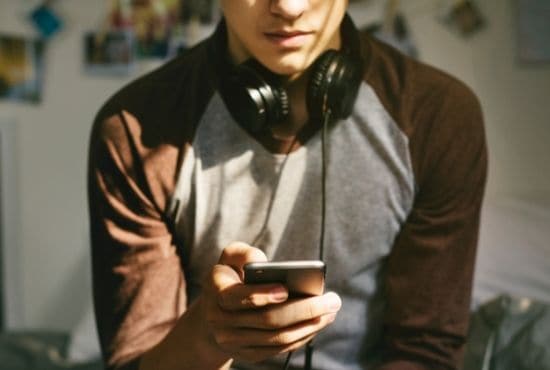 God Knows Everything About You; Your Past And Your Future

God knows everything about you. He knows your past and your future because you were beautifully and wonderfully made by Him.

Jo Frost of the Evangelical Alliance opens up about how she accepted Jesus into her life and how God is using her to bring others to Jesus. She then went on to share her conversation with a random guy who was amazed by how God knows him so much.

As she started to say the things God revealed to her about this random guy’s personal secret life, he was dumbfounded! No one else knew about those things, yet God knows every single thing in his life. He then accepted Jesus Christ into his life right at that very moment. 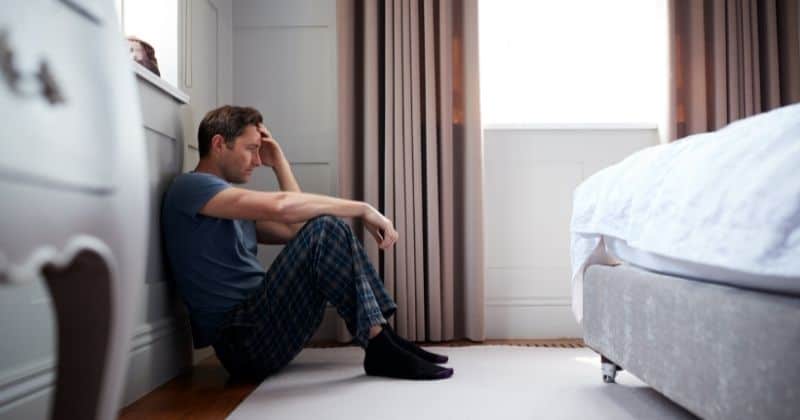 God Knows Everything About You

Just as God knew that man’s secrets, God also knows every single detail about you. God knows your past, your secrets, and your future. He knows everything about you because He wonderfully and beautifully created you. No matter what your worries are, cast it all unto Him because He has a great promise for you.

“Maybe today you are feeling worried about your future, maybe today you’re feeling concerned about your past. But ‘Emmanuel, God with us’ promises that He knows the plans He has for you as He tells us in Jeremiah 29. He knitted you together in your mother’s womb as we hear in Psalm 139. And Jesus promises us even to the very end of the age, He will be with us,” Jo said. 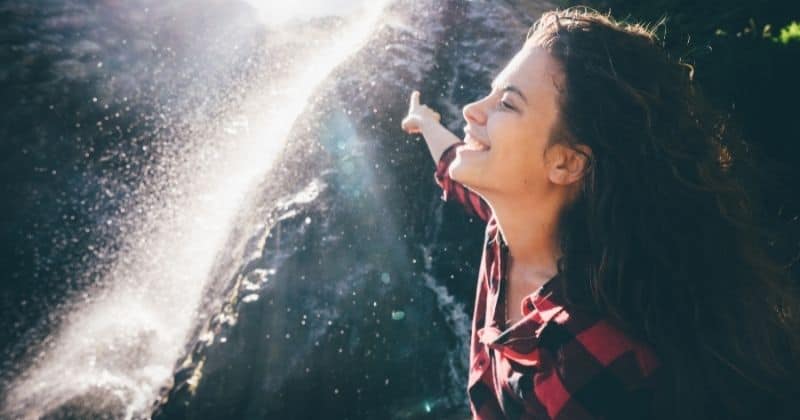 Jo then ended her message by encouraging everyone watching to accept Jesus Christ into their lives.

“You can have a relationship with God today, you can know what it is to be loved and to love others. Invite Jesus into your world and meet the good, good Father,” she said right before leading the prayer.

Jo Frost | You Were Beautifully and Wonderfully Made by God 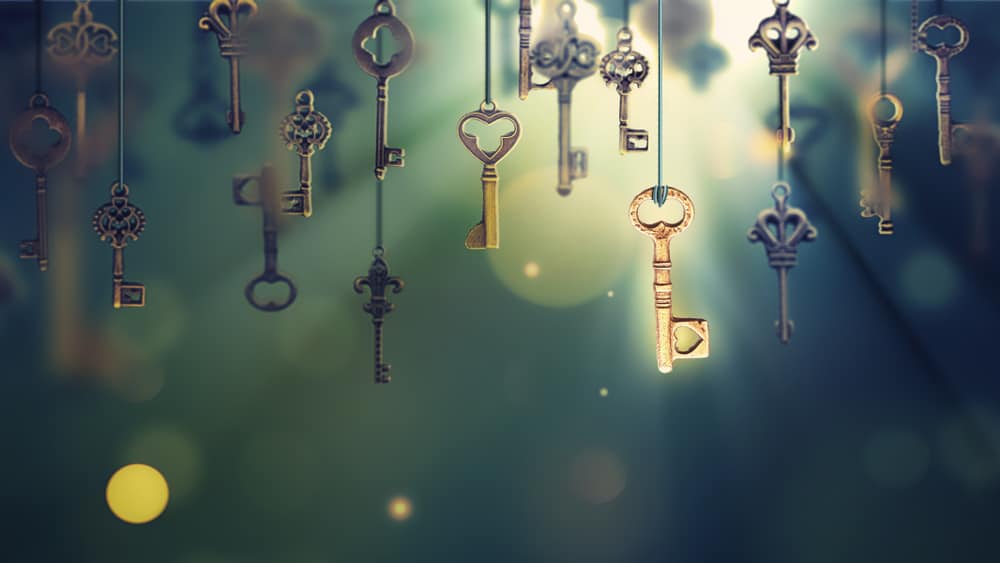 Are You Carrying Keys to the Past God Long-Ago Locked?

The past is in the past.

I wear a key around my neck. In fact, I have several different key necklaces. One says “faith”. And one says “dream wild”. One says “create”. Some are silver. And some are black. Some are copper.

In the realm of prayer, we use the Isaiah 22:22 key with governmental authority to unlock doors God prophetically shows us to open for His glory and to lock doors He wants locked to the enemy. As ambassadors for Christ, this is one strategy for waging prophetic warfare and legislating in the spirit.

Carrying Too Many Keys

Last week, I received a new revelation while relocating to a new home. As part of taking possession of the property, I got three new keys for my ring and used one of them to turn the lock on a 7-foot door. When I opened this God-given door, I walked into my dream loft in an urban city with artists, photographers, and organic coffee surrounding my abode.

As I worked diligently to unpack boxes, I noticed my friend had a key ring with no more than three keys. That struck me, as my keyring had no less than 18 keys on it. Beyond the three new keys to my home, I have post office box keys, car keys, church keys, and a slew of other keys. This keyring was so heavy it l literally weighed down my bags.

I declared in that moment I would winnow down my key chain. I ended up with six keys. Honestly, I couldn’t even remember what most of the other keys were for. If I had been on a game show and the host asked which key went in which door, I would have surely lost the competition.

Putting Away Old Keys of The Past

Here’s the lesson: Many of us are holding on to keys from doors of the past that are not only closed, but the locks have been changed. We’re toting around a ring with keys to doors we long forgot about. Somehow, we closed the door and kept the keys—and those keys are weighing us down.

Hebrews 12:1b admonishes us, “Let us also lay aside every weight and the sin that so easily entangles us, and let us run with endurance the race that is set before us.”

We can’t run our race with endurance if we don’t forget what lies behind—the closed doors, the failed relationships, the trials of life. We can’t sprint around the track God has laid out without wearing ourselves out if we don’t let go of the heavy-weights the enemy wants us to carry.

Stripping my key chain of these superfluous keys to doors of the past was like letting go of a heavy load—and not just out of my bag, but off my mind. It was a prophetic act that parallels Philippians 3:13-14. 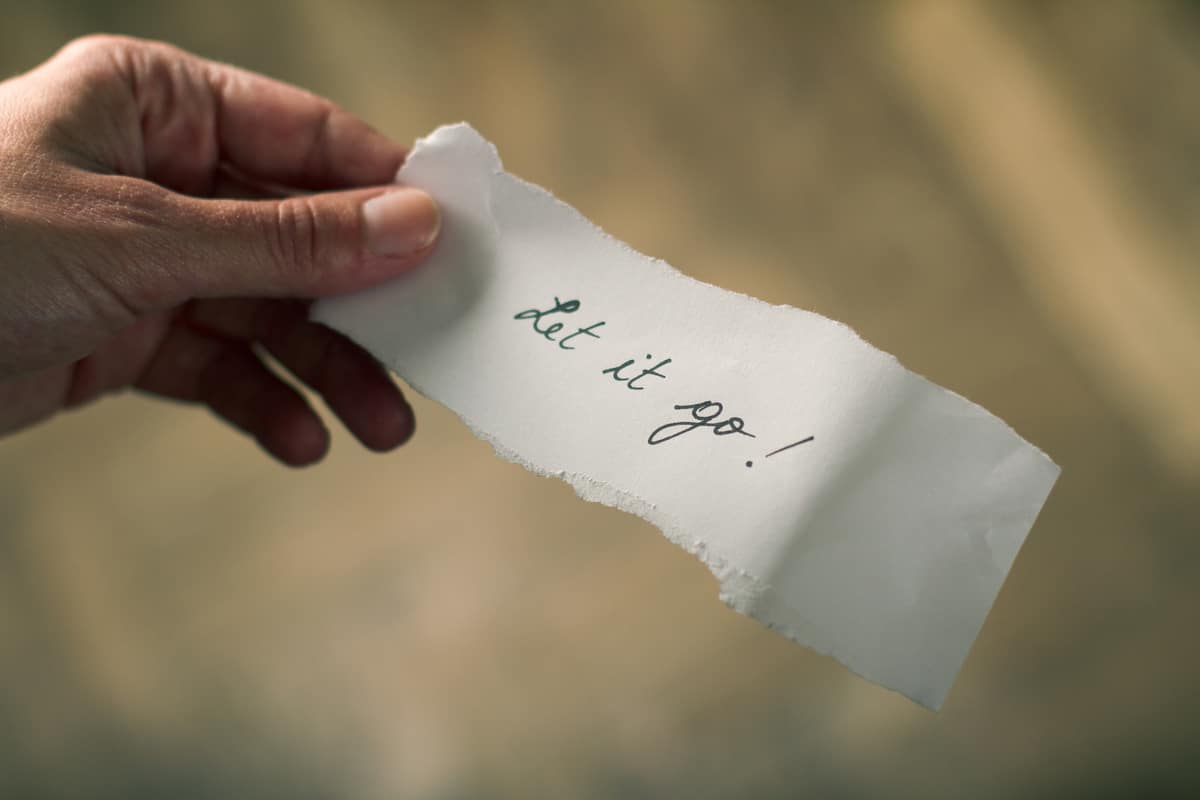 Don’t Look Back! Letting Go of the Bondage of the Past

Letting Go of the Bondage of the Past

“And he overthrew those cities, and all the plain, and all the inhabitants of the cities, and that which grew upon the ground. But his wife looked back from behind him, and she became a pillar of salt.”
‭‭Genesis‬ ‭19:25-26‬ ‭

Don’t pick up what God has overthrown. God destroyed and overthrew Sodom and Gomorrah for a reason. Your past is simply just that…the past. God wants to redirect your present and shift your future. When God overthrew Sodom and Gomorrah with fire, it represented a new season for Lot and his family. It was their decision to either walk in the redirection or stay stuck in the past. It was their decision to either stay in the place of destruction or move forward and grab hold to the place of promise.

Holding on to dead things

When you hold on to the idols of the past they will contaminate your future. Lot’s wife heart was still enslaved by the place she held close to her heart, the place of that God destroyed. Are you holding on to places and patterns in your heart that God has destroyed. Your future cannot be held captive by the old patterns of the past. When God delivers you out of bondage, your eyes must be fixed on Him and Him alone. You must be determined not to look back or go back to the place that God has condemned.

No matter how bruised your past may have been, your past is not an indication of the possibilities of your future. Your experiences can serve as a testament to how God can transform you and deliver you out of the place of bondage, leading you into His place of promise. Lot’s wife heart was trapped in the place that God consumed. You can’t take an enslaved and contaminated heart into your promise land. When you choose to keep an entangled heart, one that idolizes the things and patterns of the past, you will stagnate your future by esteeming and valuing your past over God’s process and future promise. Fear not. Go forward.

The Enslavement of Fear

“For God hath not given us the spirit of fear; but of power, and of love, and of a sound mind.” ‭‭2 Timothy‬ ‭1:7‬

Your fear of failure will keep you stagnated in the place of comfortability. Fear of the unknown will keep you bound to the mediocrity of your past. Have faith and trust in God, knowing that He has you in His hands. “For I know the thoughts that I think toward you, saith the Lord, thoughts of peace, and not of evil, to give you an expected end.” ‭‭Jeremiah‬ ‭29:11‬ ‬‬

“Therefore if any man be in Christ, he is a new creature: old things are passed away; behold, all things are become new.”
‭‭2 Corinthians‬ ‭5:17‬ ‭

God has made you new in Him. When you accept Christ as Lord and Savior and walk with Him daily, you’re setting Him on the throne of your heart and exalting Him above the pain of your past – allowing Him to lead your heart as you’re shaped by His Word. Meditate upon His Word daily and decide not to stay salty and perpetually stuck looking back at the past. Look forward to Him, keeping your eyes fixed on His Word and plans for your life.

“Have not I commanded thee? Be strong and of a good courage; be not afraid, neither be thou dismayed: for the Lord thy God is with thee whithersoever thou goest.”
‭‭Joshua‬ ‭1:9‬ ‭‬‬