BREAKING
Cancer Patient Survives A ‘Death Sentence’ & Receives A Surprise From Jennifer...
TikTok Kid Preacher Feels God In His Prayer Time; “I Am Not...
“Jesus Appeared To Me Twice So That This Message Will Be Delivered...
Home Tags Posts tagged with "Pastor Dustin Stradley"
Tag: 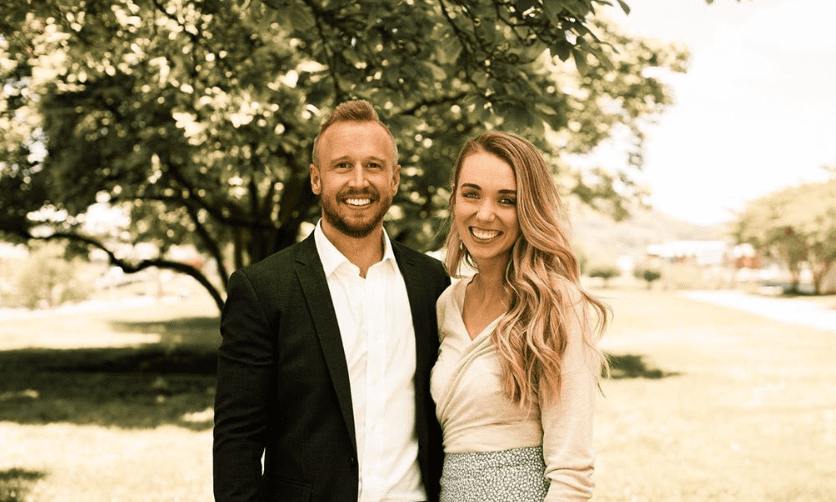 Dustin Stradley – From Inmate To Pastor

Dustin Stradley, the pastor of Elevation Church, Roanoke Campus, let it all out earlier this month after opening up about his personal struggles. Stradley, who suffered from an alcohol addiction, says that every day he would wake up and start drinking. He stated that often times he would black out and even pass out. He opened up about his personal struggles includes not only a decade long alcohol addiction, but two arrests.

“I shouldn’t even in some regards be here today,” Stradley said, “I thank God He allowed me to get into that accident before I pulled out into a busy street and I could kill someone.”

SURRENDER. This is hard for me. I like to be in control, know what I’m doing, and know the outcome. So, I felt like God said, “that’s what you’re going to preach this weekend.” “Huh? But I don’t know how to do that well, God.” “Exactly, surrender your struggle and sermon to me and watch what I CAN DO.” This was my posture all weekend. Back stage. On stage. At home. And the posture of hundreds of people @elevationroanoke as well. Hundreds came forward during an altar call to surrender their hurt, infertility, confusion, marriages, families, addictions, finances, all of it, to God. 37 people got baptized. Many of those not knowing they were getting baptized until they came to church. 24 people surrendered their lives to Jesus. Surrender isn’t a posture of defeat but a posture of victory. Surrender is the end of yourself and the beginning of God’s strength. “I don’t know what to do” was the title of my message and something I hate … not knowing what to do. But God is teaching me that if I always knew what to do, I wouldn’t need Him. Surrender isn’t a one time decision, it’s a daily posture. I’m striving to surrender every meeting, moment, conversation, worry, struggle, relationship, all of it, to Him. It’s hard but so liberating. And man, did God show me what He could do this weekend when we SURRENDER everything to Him. #OnlyGod #IDontKnowWhatToDo

The accident he is referring to was in 2009 when he hit rock bottom after crashing his car and being arrested for a second time for driving under the influence in Charlotte, NC. A few days after being released from jail, a friend of Stradley took him to Elevation Church in Charlotte. The message from Pastor Steven Furtick, that day, was one that has stuck with him. Though it took months for Stradley to have his last drink. He, eventually, kicked his addiction to alcohol and began volunteering at Elevation Church. After spending time at Elevation as a volunteer, Stradley joined the staff. He quickly rose up the ranks and became the campus pastor at Roanoke.

From inmate to pastor

Today, Dustin Stradley shares his story to inspire and encourage others. He wants to remind people that God’s not done with them either. God changes people.

“A lot of the bad decisions I’ve made, God has now taken that and allowed that to be part of my story, where God can now use my story to reach someone else who made some decisions they’re ashamed of,” Stradley says, “So yea there was purpose in my pain.”

You are not alone. If you’re not dead, God’s not done.