BREAKING
Cancer Patient Survives A ‘Death Sentence’ & Receives A Surprise From Jennifer...
TikTok Kid Preacher Feels God In His Prayer Time; “I Am Not...
“Jesus Appeared To Me Twice So That This Message Will Be Delivered...
Home Tags Posts tagged with "Penny Lopez"
Tag: 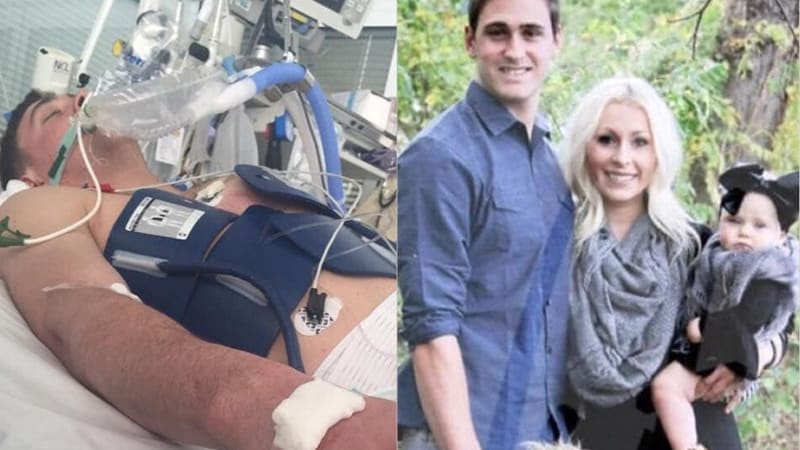 Soldier Died of Sudden Cardiac Arrest. So His Mother Gathered More Than 4,500 People via Social Media to Pray.

A US soldier died of sudden cardiac arrest while on training but was miraculously revived after prayer!

On April 10, 2015, Clint Lopez died of sudden cardiac arrest during his army training in Germany. It was such a devastating moment when Clint’s mother, Penny, answered the phone in the middle of the night only to hear the news that her son had died, but was still on life support.

Instead of accepting this awful news, she held onto her faith in God. Penny believed the Lord would bring her son back to life and restore his body completely. She requested prayers from her friends and gathered more than 4,500 people via social media to pray for Clint.

The medics tried to revive Clint’s body that was dead for 30 minutes. They attempted CPR for more than 15 minutes that even broke his ribs. And when everyone thought that he was gone, God gave him a faint pulse.

It seemed the prayers were working, but just two days after he died, the life support was removed. However then God did a greater miracle!

“Clint opened his eyes and began to talk. He had no signs of heart nor brain damage. In fact, his heart didn’t even show it had stopped. To add to this amazing miracle, he had NO broken ribs and sternum. God had miraculously healed his entire body,” Penny shared on Facebook.

GOD IS NOT DEAD, HE IS ALIVE

Penny was so thankful to God for this great miracle and recently posted a testimony remembering the fourth year of Clint’s second chance.

“Thank you, My Lord and Savior, for your miracle over my son’s life. We continue to see You around him and his family and know that You have a major purpose for bringing him back to life.”

Penny who adopted Clint as her son when he was still a baby ended her testimony declaring “GOD IS NOT DEAD, HE IS ALIVE and so is my son!”

Share this to celebrate Clint’s extraordinary triumph over death through Jesus Christ.

Read Also: Deaf Man Instantly Healed After Being Prayed For By A Pastor In An Airport