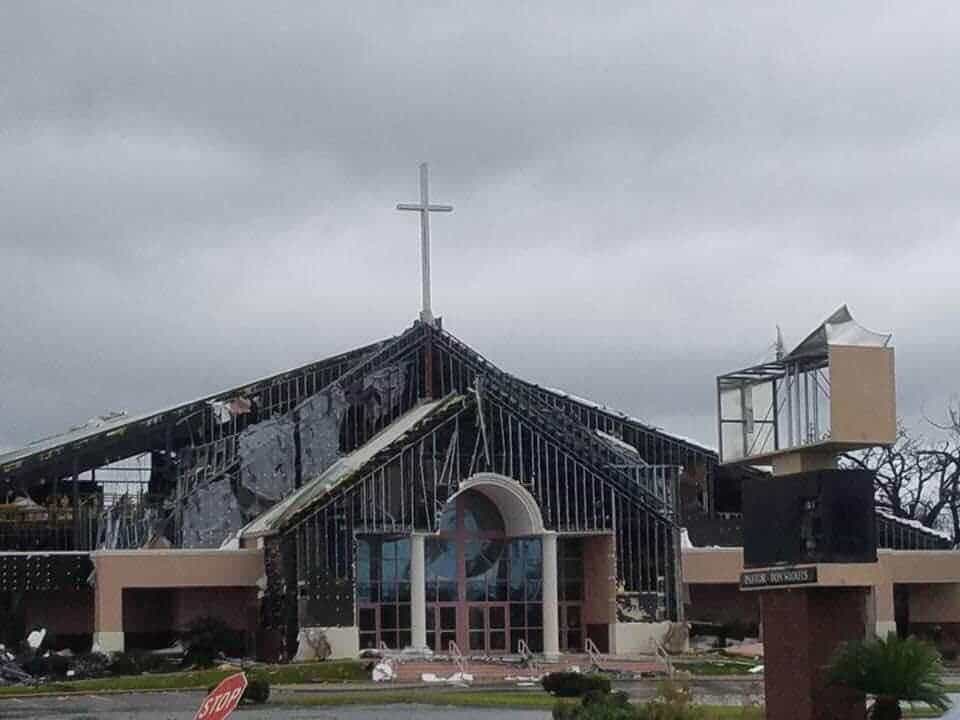 Hurricane Michael was a Category 5 hurricane which was considered to be one of the strongest storms that has ever hit the United States.  Michael had a landfall pressure of 919 hPa.  Because of its powerful winds, it caused devastating damage to many parts of the United States.

One of the areas that experienced the intensity of Hurricane Michael was Florida in which the Spirit-filled church, Central Pentecostal Ministries is located.  The church building was devastated.  And yet with all of the damages and strong winds, a cross at the top of the building was still standing tall and strong.  How awesome and such a strong symbol of hope and the Lord’s faithfulness!

The standing cross symbolizes who God is in our lives. It boldly testifies that there is nothing too strong for our God.  That even if you experienced the greatest storm in your life, the Cross reminds us that the victory has already been won.  The enemy may try to destroy us, but the blood of Jesus will never fail to save and protect us.  Life is full of storms – both literal and figurative.  However, if we keep our eyes on the One who cannot be shaken, we too can withstand the greatest storms.