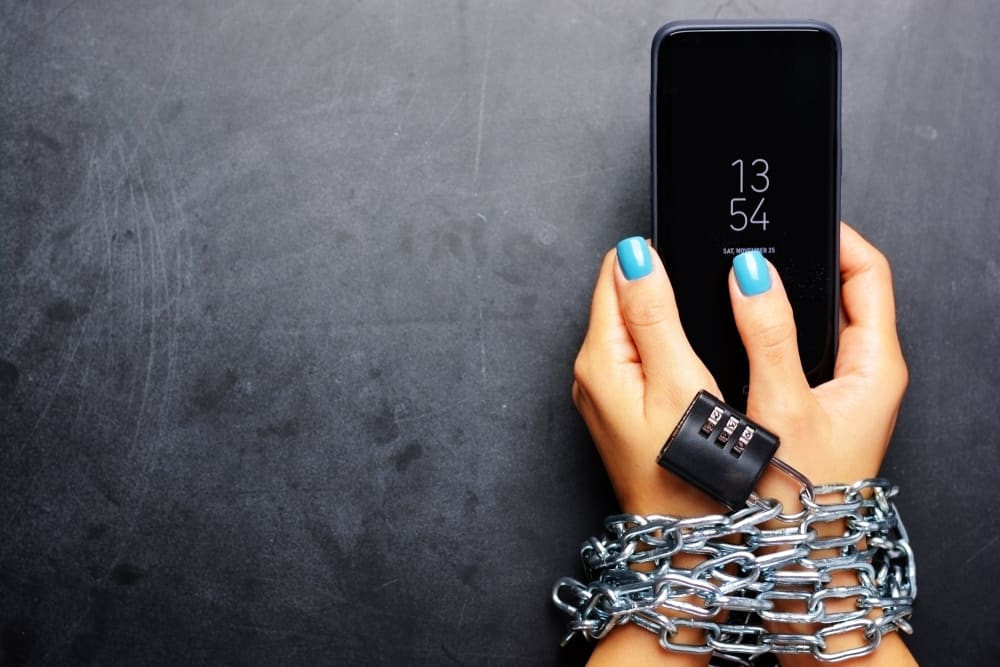 I had crawled into bed and turned on my phone like usual. I was in the mood to zone out and forget about everything that was consuming my worried mind. I opened Instagram and was about to scroll through my feed when my sister asked to talk. Reluctantly, I obliged.

We ended up having a very long conversation that ended with a long prayer session. Finally, retreating to my room in the early morning hours (or so my internal clock guessed), I got back into bed and pulled the covers over my head only to realize that I didn’t have my phone with me. I tried to remember where I had last placed it, but couldn’t for the life of me. Sitting up, I scanned the room, looking for my small black iPhone. It was nowhere in sight.

Now, I always keep my phone under my pillow at night…

But something inside me told me to just let it go. I was perplexed but I laid back down and searched for God in my thoughts. He felt distant and I felt strange. I couldn’t remember the last time I had given Him an hour of my time at night except for a general quick prayer of thanksgiving.

My norm each day was to wake up and check my phone. The last thing I did before closing my eyes at night was look at my phone. It had become an addiction and definitely something I couldn’t live without. Each night I told myself I would turn my phone off earlier so that I could spend time with God, but it never seemed to happen. “Tomorrow I will,” I would determine and yet I never did as much as I wanted to.

My New Year’s Resolution this year was to cut down screen time so I could focus more on my relationship with God and hear what He’s telling me. Not only does my phone steal time from devoting myself to Him, but it’s actually bad for my health. Yet, despite how important these two things are, I couldn’t bring myself to cut the tie. I tried, on New Year’s Eve, to put my phone down and even on New Year’s day, but I couldn’t give it up. Internet, work, and entertainment can seem far more interesting than finding quiet moments. I told myself I would try again the next day, but I did not. Just like always.

I realized something the night I lost my phone

In order to change our behavior, we must first change our hearts. My heart had been far too concerned about other things and not concerned enough about Jesus. I had put more value on my work and my other relationships than I had on Him. I was running after goals and dreams that, while good in themselves, were not edifying in light of eternity as they didn’t bear God’s stamp of approval – simply because I had never asked Him about them. Hence, the little goal of putting my phone down thirty minutes earlier than usual was impossible because my heart wanted otherwise.

As I began talking to God that night – without my phone in hand – I felt His presence and peace. He probed my heart to turn my affections and focus back to Him, which I did.

What is God asking you to put down today in order to find Him?