BREAKING
Cancer Patient Survives A ‘Death Sentence’ & Receives A Surprise From Jennifer...
TikTok Kid Preacher Feels God In His Prayer Time; “I Am Not...
“Jesus Appeared To Me Twice So That This Message Will Be Delivered...
Home Tags Posts tagged with "plant business"
Tag: 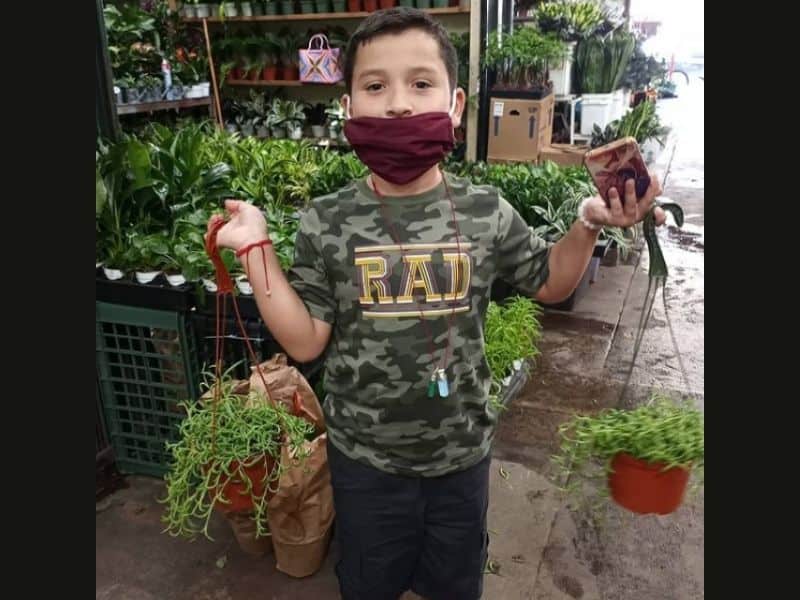 Aaron Moreno, an 8-year-old boy, managed to buy a new house for his family with his plant business’s earnings. He started with a capital of only $12, the only money he had. In just less than a year, his small business boomed into a full venture.

8-Year-Old Starts His Own Business

Berenice Pacheco, Aaron’s mother, lost her job during the pandemic. As a result, they moved into a cheaper shed that doesn’t have enough space for a table. They didn’t have a bathroom either, so they had to go to the nearby restaurant.

“We had no other options,” Berenice recalled.

Feeling the burden of his mother, Aaron wanted to help Berenice. That’s when “Aaron’s garden” began. With only $12 in his pocket, he went to Downtown Los Angeles to purchase some plants and resell them to other parts of the city.

The journey wasn’t easy. Aaron shared his hardship of waking up early and carrying plants around the town. But, his determination to see his family rise drives him. He also wanted to bring his sister, who was stuck in Mexico, back home.

Little by little, Aaron’s plant selling business grew. His passion inspired people and lead them to  support him in it. The small entrepreneur’s Instagram account gained a following, and they were able to raise money in a GofundMe campaign for Aaron. Thus, Aaron finally managed to retrieve her sister from Mexico and moved to a bigger home.

Bernice said, “I never thought we were going to achieve and go this far. I never imagined having a home.”

Overwhelmed by the love and support from the community, the family decided to give back. They hosted a gift-giving for children in Mexico.

“The community really helped us, and now we donate toys to Mexico to try and demonstrate however faded a situation may seem, the sun rises every morning.”