BREAKING
Cancer Patient Survives A ‘Death Sentence’ & Receives A Surprise From Jennifer...
TikTok Kid Preacher Feels God In His Prayer Time; “I Am Not...
“Jesus Appeared To Me Twice So That This Message Will Be Delivered...
Home Tags Posts tagged with "Pogroms"
Tag: 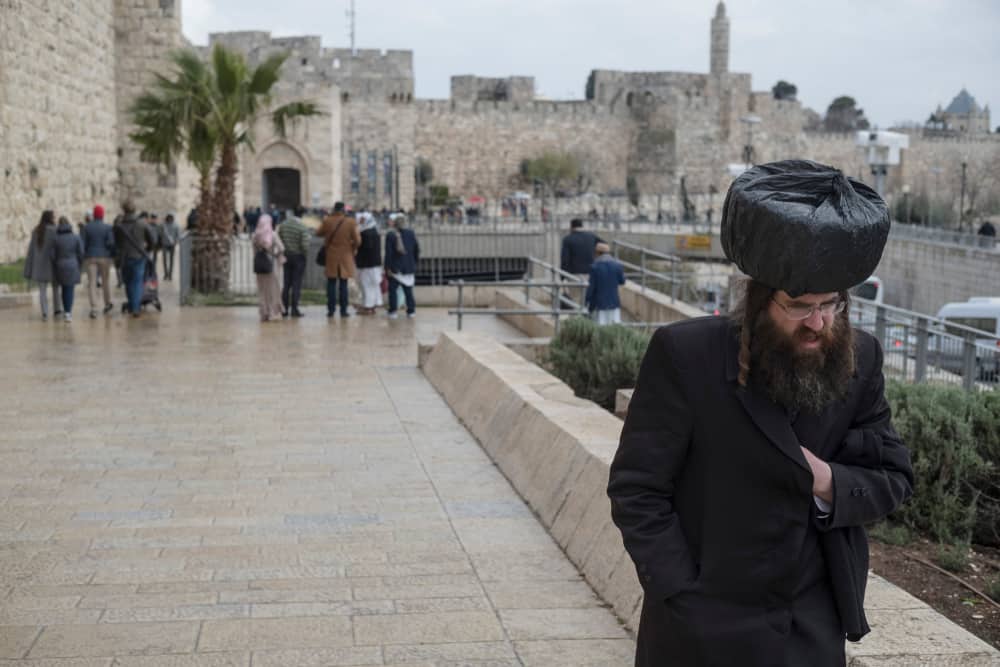 As Christians around the world celebrate the death and resurrection of the Lord Jesus, many traditional Jews will have a different set of emotions, especially those who hail from Russia.

As Passover and Easter fall on the same dates this year, the Jewish focus will be on Passover. From cleansing the house of leaven to preparing for the Passover meal (Seder) and attending special synagogue services. But if the Easter celebration comes into their view, it could stir up ugly memories. You see, during the days of the pogroms, Easter was the time when they were most presecuted by Christians. Wikipedia gives the following (quite accurate) description of one such event:

“The Kishinev pogrom was an anti-Jewish riot that took place in Kishinev, then the capital of the Bessarabia Governorate in the Russian Empire, on 6-9 April 1903. Further rioting erupted in October 1905. In the first wave of violence, beginning on Easter Day, 49 Jews were killed, a number of Jewish women were raped and 1,500 homes were damaged.”

Giving further background, “The most popular newspaper in Kishinev,  regularly published articles with headlines such as ‘Death to the Jews!’ and ‘Crusade against the Hated Race!’ (referring to the Jews).

When a gentile Ukrainian boy, Mikhail Rybachenko, was found murdered in the town of Dubossary, about 25 miles north of Kishinev, and a girl who committed suicide by poisoning herself was declared dead in a Jewish hospital, the Bessarabetz paper insinuated that both children had been murdered by the Jewish community for the purpose of using their blood in the preparation of matzo for Passover. . . . These allegations, and the prompting of the town’s Russian Orthodox bishop, sparked the pogrom.”

But this was not the only time such atrocities occurred in conjunction with Christian celebrations.

Consider these atrocities which took place in Dzialoszyce, Poland, on September 2, 1942. “The old, the sick, pregnant women and small children, two thousand innocent Jewish souls, were shot and brutally thrown into [freshly dug] graves, one on top of the other. Many of them were still alive! For most of the children they didn’t even waste a bullet. They were just thrown in alive. And together with those who were only wounded, finished their lives under the pressure of the human mass.

“The next morning, a few of the wounded were able to crawl out of the graves and managed to walk a few metres, but died shortly thereafter…. The larger grave contained a thousand bodies, and the two smaller graves contained five hundred bodies each. We learned of this massacre from the Polish police themselves. They told [our friend] Moshe Hersh about it in great detail, because they themselves had taken part in that slaughter.

“On the following Sunday, they went to church with their families, as if nothing had happened. They suffered no guilt feelings. After all, they were only murdering Jews, with the blessing of their priests, who inflamed them from their pulpits on Sundays.”  – Martin Rosenblum, who was the only member of his family to survive the Holocaust. (Quoted in The Holocaust: A History of the Jews During the Second World War by Martin Gilbert)

Why bring this up today?

You might ask me, “Why in the world would you bring these things up at such a sacred time of the year, a time that is sacred for both Jews and Christians?” It is because this same Jew-hatred is alive and well today. Because the New Testament is still being used to justify the vilification of the Jewish people (as a whole) as evil Christ-killers. Because professing Christians are still accusing the Jewish people (as a people) of every kind of wickedness.

On aa recent broadcast of the Line of Fire, I interviewed E. Michael Jones of the book The Jewish Revolutionary Spirit.  He flatly denies being anti-Semitic and speaks against hurting the Jewish people physically. At the same time, he affirms the blanket statement that “the Jews killed Christ” and believes that Paul explicitly taught that “the Jews” are hostile to all people and do not please God. Watch our discussion in the video below.

Pray for the Jewish People

Unfortunately since my interview with Dr Jones was posted I have received many negative comments about the Jewish people. Thankfully, this does not reflect the hearts of countless millions of Christians worldwide, Christians who love the Jewish people and feel a closeness to them because their Savior is himself a Jew (as were all the apostles).

And, as a Jewish follower of Jesus myself, I affirm that every one of these negative commenters can be forgiven through the Cross. God’s mercy is great through Jesus! My appeal here is simple: As we look to the crucified and resurrected Jew this weekend while our Jewish friends and neighbors are celebrating Passover, let’s lift up a prayer of love and compassion for them. They’ve already experienced more than enough ‘Christian’ hate.