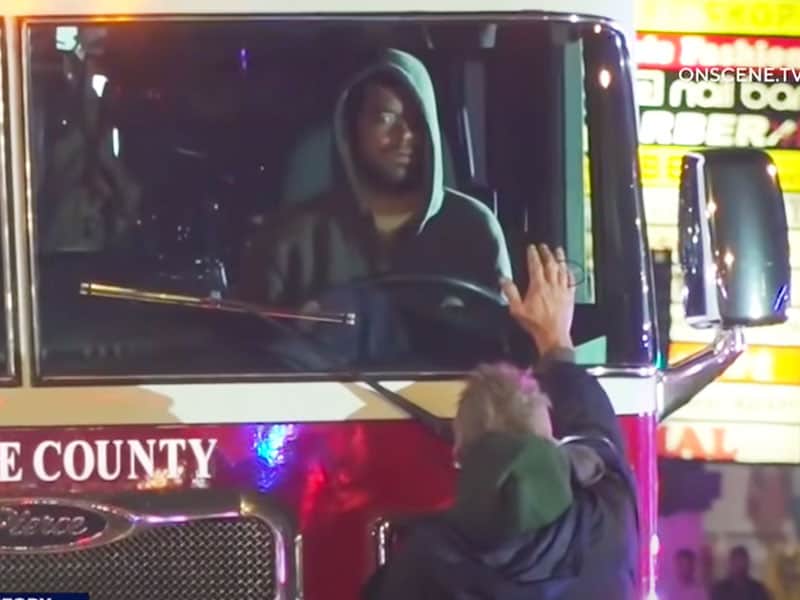 A homeless man displays Christ’s unconditional love to a suspect who stole a fire truck and convinced him to surrender to authorities.

In Anaheim, California, a man suddenly stole a fire truck unloading a patient from a vehicle. According to Captain Greg Barta of the Orange County Fire Department, the Orange County fire truck 85 dropped off a patient around 1:40 AM at the UC-Irvine Medical Center. The two firefighter-paramedics were transferring the patient, and the captain engineer was busy when someone took truck 85.

“Our captain engineer was busy loading the gear back onto the rig. And at that point, someone took truck 85 and stole it and started driving away from the hospital,” detailed one officer.

The suspect then was on the run, chased by the police, and passed through several Orange County communities. Until he was forced to stop in Anaheim near Ball Road and Brookhurst Street around three in the morning because of a homeless man.

Richard Lynn, a homeless guy who saw the commotion, jumped onto the scene and intervened. He bravely stood in front of the truck to stop him from running away. The suspect tried to escape and maneuver the truck, but the homeless man stood his ground. Then he tried to convince him through the windshield to surrender to authorities. And their negotiation lasted around 20 minutes. 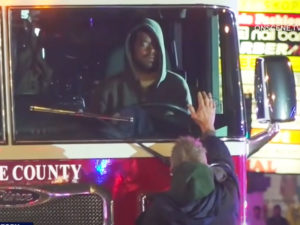 A witness, Mitch Fecler, took a snapshot of the incredible moment. He recalled, “It’s just crazy how the homeless guy walked up and in front of the fire truck and started talking to him through the windshield. And I got a really good picture on my phone and everything.”

Then he added, “They just kept telling him, please get out of the truck. We don’t want to hurt you. And finally, the guy opened the door and surrendered peacefully.”

According to the report, the brave man stepped up because “he didn’t want to see the suspect get hurt.” But indeed, no one really got hurt during the incident.

“But God demonstrates his own love for us in this: While we were still sinners, Christ died for us.” -Romans 5:8