BREAKING
100-Year-Old Woman Celebrates Life At Worthing, Says God Has Helped Her Through
‘Jesus In The Super Bowl’: Campaign Spends Millions On Ads Despite Skeptics
Disney Star Joshua Bassett Has Turned To Jesus; “Jesus Is The Only...
Home Tags Posts tagged with "Police officer prayed for sick Boy"
Tag: 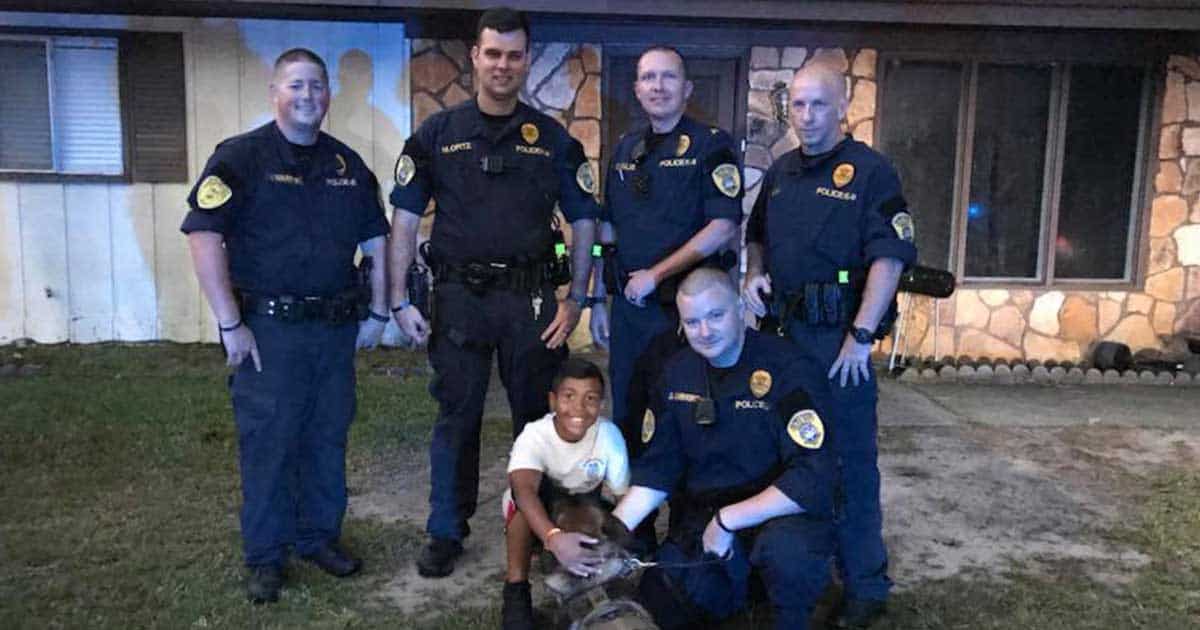 Jalen Manns is a strong 9-year-old boy who was diagnosed with a brain tumor back in May. According to his mother, Hannah Manns, the tumor has been causing psychological and sensory issues for Jalen for some time.

After he was diagnosed, his family started to build up the Team Jalen Facebook page to serve as a support system for him. Galen has received an enormous amount of support from his family, friends and the Facebook community.

The Houston Home Journal noticed his heart melting story and they wrote an article about him. The Warner Robins Police Department saw the articles and with their compassionate heart, they reached out to Jalen. One of the officers offered a powerful prayer of healing that left his mother in tears.

Several Police officers also escorted him to Navicent Health for his biopsy. They also gave Jalen gifts of a t-shirt and stuffed animal.

Jalen’s parents were so grateful with their acts of kindness. His mother Hannah said that Jalen’s sickness caused anxiety for him but the amazing amount of love and comfort has been emotionally overwhelming.

There is hope for humanity, how the officers served Jalen and his family proves that there is still goodness in this world. Sometimes, it starts with the simple act of boldly sharing God’s love to the people who need it.

Watch and be inspired by Jalen’s extraordinary story: