3 Reasons You Might Be in the Wilderness Right Now

We all walk through peaks and valleys—and we all have our wilderness experiences. But there’s a big difference between being a voice crying in the wilderness in obedience to God and finding yourself stuck in the wilderness, going around the same mountain over and over (and over).

Of course, if you don’t have a revelation of why you are in the wilderness—if you are antsy for your big ministry debut, even though it’s not God’s timing—then you could be frustrated even in the will of God.

So, how do we interpret these experiences? You need revelation and understanding that you can hang your faith on while you go through the wilderness so you don’t faint and give up.

Unbelief and Rebellion Will Leave You Wandering in the Wilderness

Sometimes you find yourself wandering in the wilderness year after year. It feels like you are going around the same mountain over and over (and over). That may be because you are. Remember, it was a three-day journey from the Red Sea to the Promised Land, but the Israelites wandered around in the wilderness, circling Mount Seir, for 40 years.

Why did it take so long? One reason was unbelief. The Father was prepared to take them into the Promised Land after two years, but 10 of the 12 spies Moses sent into the Promised Land brought back an evil report of unbelief (Num. 14). God waited until all the unbelieving men of war died, just like He said He would (Deut. 2:14).

Psalm 78:17 also notes that the Israelites rebelled against God in the wilderness. And Hebrews warns readers, “Do not harden your hearts as in the rebellion, in the day of trial in the wilderness, where your fathers tested Me, tried Me, and saw My works forty years” (Heb. 3:8-9). If you have been in the wilderness for years, ask the Holy Spirit if there is unbelief or rebellion in your heart.

God Is Waiting for His Perfect Time to Reveal You

John the Baptist seemingly spent much of his life in the wilderness. Luke records this about John: “So the child grew and became strong in spirit, and was in the deserts till the day of his manifestation to Israel” (Luke 1:80).

John was the one Isaiah prophesied about: “The voice of one crying in the wilderness: ‘Prepare the way of the Lord; make straight in the desert a highway for our God’” (Is. 40:3). We know John did just that, as Mark pulled out Isaiah’s words when introducing John, who “came baptizing in the wilderness and preaching a baptism of repentance for the remission of sins. Then all the land of Judea, and those from Jerusalem, went out to him and were all baptized by him in the Jordan River, confessing their sins” (Mark 1:4-5).

If you find yourself in the wilderness right now, take heart—it may be that God is preparing you for something marvelous. Take the time to get to know Him because that relationship will serve you well after your revealing.

God Is Positioning You for Greater Power

The Holy Spirit Himself may drive you into the wilderness for a season. That’s what happened to Jesus.

Jesus was already baptized in the Holy Spirit, but he gained power through His wilderness experience. He went into the synagogue and essentially declared His public ministry. When He left there, the first thing He did was cast out a devil. The next thing was healing people, followed by preaching.

If you find yourself in a period of temptation, use the Word of God and the power of the Holy Spirit to resist the devil, and know that God wants to take you to a higher place.

Read Also: The Wilderness: Fighting The Good Fight Of Faith 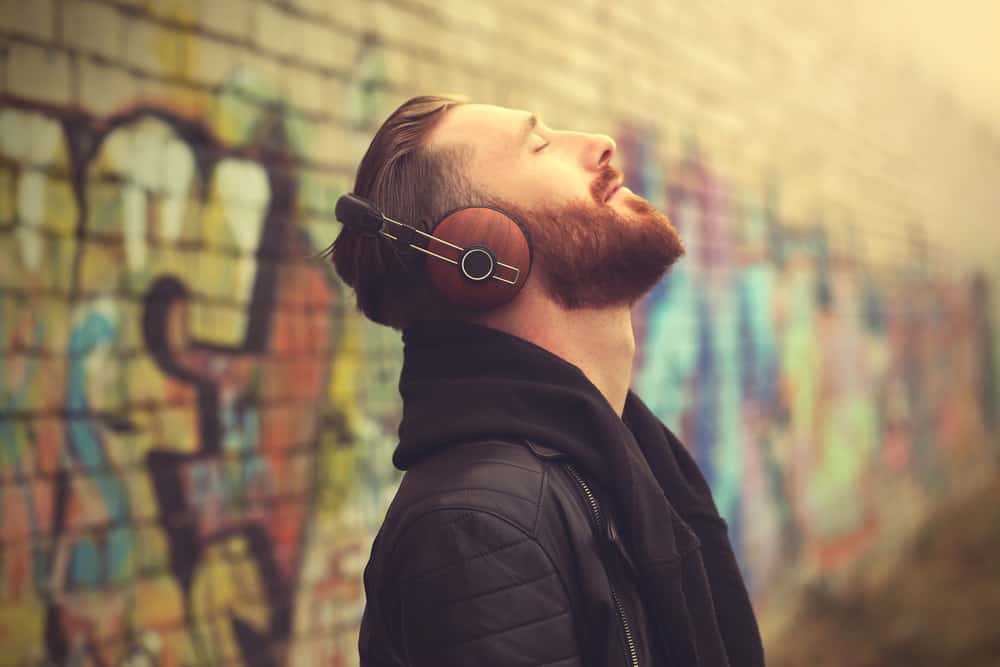 I started hearing God speak to me as soon as I got saved—and I needed to. It would be an understatement to describe my situation as desperate. See, I got saved in county jail. I was falsely accused of a crime I did not commit and the state wanted to send me to prison for five years. God had a different idea and sent a group of evangelists to the jail to offer testimonies of Jesus’ saving grace. Thus started my journey of hearing God’s voice.

I was sold on the gospel—and sold out to Jesus—but I was still facing five years in prison on a false charge. I didn’t know what to do, so I just started reading the paperback Bible they gave me after the jailhouse crusade, praying and attending any sort of quasi-church service I could find behind those cold hard walls. Then He spoke to me.

1. Believe That God Wants to Speak to You

If you don’t believe God wants to speak to you, it’s likely that you won’t hear His still, small voice. The key here is that you expect Him to speak. David said, “O Lord, in the morning You will hear my voice; in the morning I will direct my prayer to You, and I will watch expectantly.” (Ps. 5:3) The Holy Spirit lives inside you and might be speaking to you more than you realize. Jesus said, “But the Counselor, the Holy Spirit, whom the Father will send in My name, will teach you everything and remind you of all that I told you.” (John 14:26)

Jesus Himself said, “My sheep hear My voice, and I know them, and they follow Me.” (John 10:27) Our part is to position our hearts to hear His still, small voice, or to recognize the other ways in which He communicates with us. Practice the presence of God. Cultivate an awareness that the Holy Spirit dwells in you and He longs to fellowship with you daily. Pray that He would make you sensitive to His Spirit and His voice.

3. Learn the Fine Art of Listening to God’s Voice

Many people talk to God but they don’t stop to listen—or they don’t develop listening skills. Listening truly is a skill that you can learn, whether in your natural relationships or your spiritual relationship with God. You need to “have an ear” to hear the Holy Spirit and that may mean training your spiritual ears to recognize the ways He is speaking.

Jesus said, “He who has ears [to hear], let him be listening and let him consider and perceive and comprehend by hearing.” (Matt. 13:9) Solomon prayed that God would give him a hearing heart (1 Kings 3:9). Many translations say “understanding heart” in that verse but the Hebrew word translated “understanding” in that verse is shama, which translates to hear, understand, listen or obey. Pray that God will give you a hearing heart, then listen and obey.

4. Fellowship More With the Holy Spirit

This is fundamental. If you want to hear from God more clearly, spend more time with Him and His Word. Paul told his spiritual son, Timothy, “All Scripture is inspired by God and is profitable for teaching, for reproof, for correction, and for instruction in righteousness, that the man of God may be complete, thoroughly equipped for every good work.” (2 Tim. 3:16-17, MEV)

Knowing the Word guards us from deception—and from falling into the trap of listening to other voices or even following vain imaginations. If you seek God, you will hear His voice. You don’t have to be in a quiet room to hear from God. Your soul just needs to be quiet and focused on Him. Let your spirit dominate. Listen with spiritual ears. You can hear God’s voice!