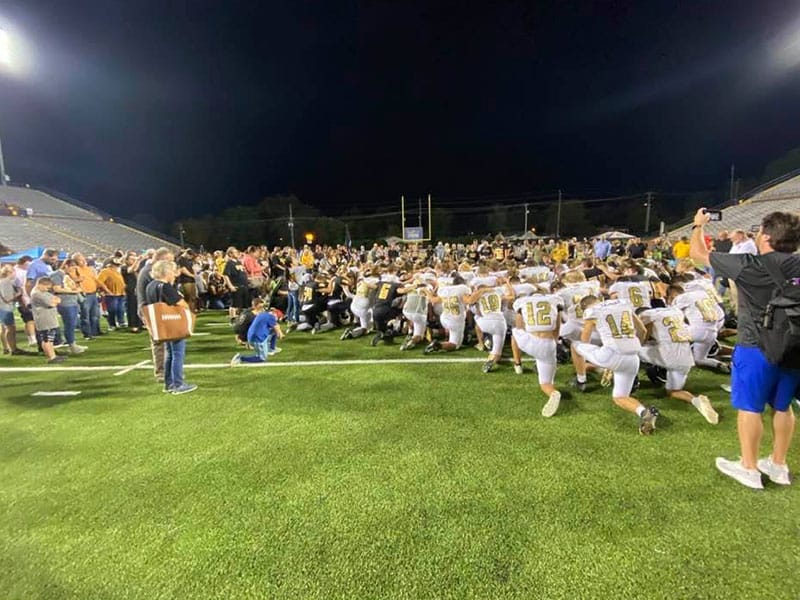 Students lead prayer after the school district bans coaches and teachers to guide students to pray during the postgame of high school football games.

Postgame prayer has been a tradition after Friday night high school football games. However, that tradition was halted when a local school district was ordered to stop this practice after games.

The local school district in Putnam County, Tennessee, had received complaints from an out-of-state secular organization. Hence, they ordered restrictions to schools as a response to this complaint. According to the report, ahead of Upperman High School and Stone Memorial High School’s game, the school district received a letter from Americans United for the Separation of Church and State. The letter contained an order “admonishing the district for several instances of prayer and proselytizing at events at Cookeville and Upperman high schools.”

The letter meant that coaches and other employees were not allowed to lead students in prayer. The teachers followed the order. However, students and fans took over the postgame prayer. And the result was unbelievable! 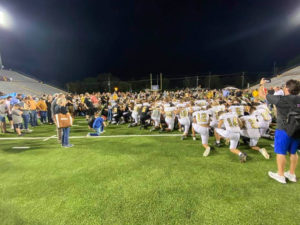 The order displeased many, and Dustin Whitefield was one of them.

“We do realize this is a public school, but it has always been optional for players to pray. And has been a voluntary event,” he wrote to WZTV Nashville.

He then proposed a solution, “Players that still want to pray will have to do it on their own. After the game, players and cheerleaders that choose to, will be on the field praying on their own. A group of parents will be going out on the field to support them.

“We will join hands and encircle them from a distance as a sign of protection and solidarity in choosing to continue to pray. This is a parent led event! We are encouraging anyone that would like to show their support to please join us.”

And amazingly, that’s what really happened.

Putnam County Schools alum Bob Vick, who witnessed the heartwarming moment, shared a photo on the scene. He wrote in a Facebook post, “Satan’s power was defeated tonight, as the threat of a legal action to forbid prayer after the game was overwhelmed by player lead prayer supported by parents and fans in solidarity on Overall Field. God bless the Baxter and Stone players for their faith and courage.”

The picture showed a large crowd praying together on the field after the game.

What a bold and powerful moment!