BREAKING
Cancer Patient Survives A ‘Death Sentence’ & Receives A Surprise From Jennifer...
TikTok Kid Preacher Feels God In His Prayer Time; “I Am Not...
“Jesus Appeared To Me Twice So That This Message Will Be Delivered...
Home Tags Posts tagged with "power grab"
Tag: 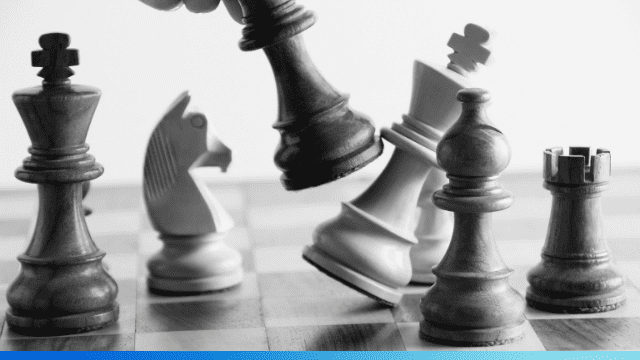 As the countdown clock winds down for Prime Minister Benjamin Netanyahu to form a governing coalition, the “anti-Bibi” parties made a surprise move Monday and wrested power from him through a parliamentary maneuver.

In Israel, after most elections, while a leader works to build a ruling coalition, the Arrangement Committee in the Knesset runs the government. Netanyahu’s party, Likud, had put in a bid to lead the committee, which is in charge of the budget, foreign affairs, the legislative agenda, and key government appointments.

Through two unexpected twists, Netanyahu has lost control of the Knesset. First, the Islamist party, Ra’am, committed their support to Netanyahu’s opponents, allowing the leadership of the powerful committee to go to the so-called “anti-Bibi bloc,” a diverse group unified mainly through their hatred for Netanyahu. Many of these, if not most, are ideologically aligned with Netanyahu but no longer trust him.

Second, Naftali Bennett and his Yamina party, who backed Bibi as prime minister when they met with President Rivlin after the election, voted with the opposition. Netanyahu and his allies in the Religious Zionist party see this as a betrayal. Of course, Bibi has thrown Bennett under the bus many times in the past.

Bennett has also been negotiating with centrist Yair Lapid (who leads the second-largest party, Yesh Atid) to establish a one-year healing government, where they would alternate as prime minister. The goal would be to do the people’s business on urgent matters, such as passing a budget and then have new elections—without Bibi—in one year.

WHY this is potentially devastating for Netanyahu

Netanyahu’s opponents now have the authority to potentially block him from serving another term through the passage of a bill that would prevent anyone under criminal indictment from holding the office of prime minister. Netanyahu is currently in the middle of a lengthy trial on three separate cases involving charges of bribery, fraud, and breach of trust.

Following the stalemate of Israel’s four elections in two years in March, Netanyahu was given the first opportunity to form a government. He has until May 4th to pull together a 61-seat majority in the Knesset, but it appears unlikely that he can find the partners.

Meanwhile, on Monday, Netanyahu called for a rare “one-time snap” election, and whoever receives 40 percent of the vote would automatically become prime minister.

“There is a solution to the political stalemate, and the vast majority of the public supports it,” Netanyahu told his fellow Likud party members. A direct vote for the prime minister has occurred in the past, but Israelis decided to return to the current system of voting for parties rather than candidates. Despite the fact that Bibi is the most disliked political leader in Israel, he is also the most popular with a large minority. There is no one leader that polls indicate could beat him in a head-to-head match. And he knows it.