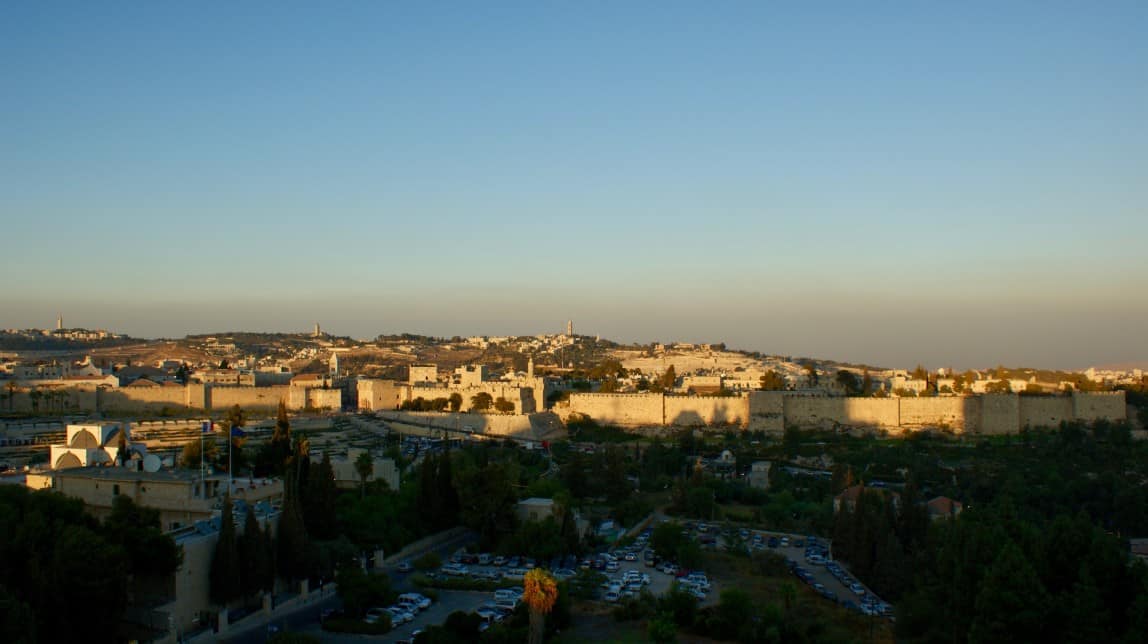 Keep Jerusalem Close To Your Heart With Israel Bible Jewelry

Whatever your budget find something special for your loved ones! Israel365 sells jewelry to celebrate and remind you of the Holyland. 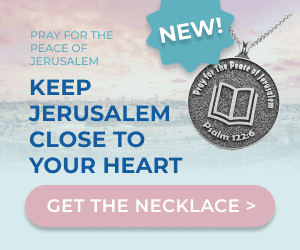 Pray for the Peace of Jerusalem

In recent months Israel has suffered bombing attacks and she needs our prayers. The promises in Psalm 122 are powerful promises that can be used as a weapon of prayer for her peace, protection, and prosperity.

But, how often do we forget to pray for God’s chosen people?  That’s why having a piece of Israel Bible jewelry from Israel365 is so helpful.  Every necklace, ring, or pair of earrings is a reminder to pray for the peace of Jerusalem!

Buy your very own reminder or a purchase some Israel Bible jewelry for a loved one today by visiting the Israel365 website here. 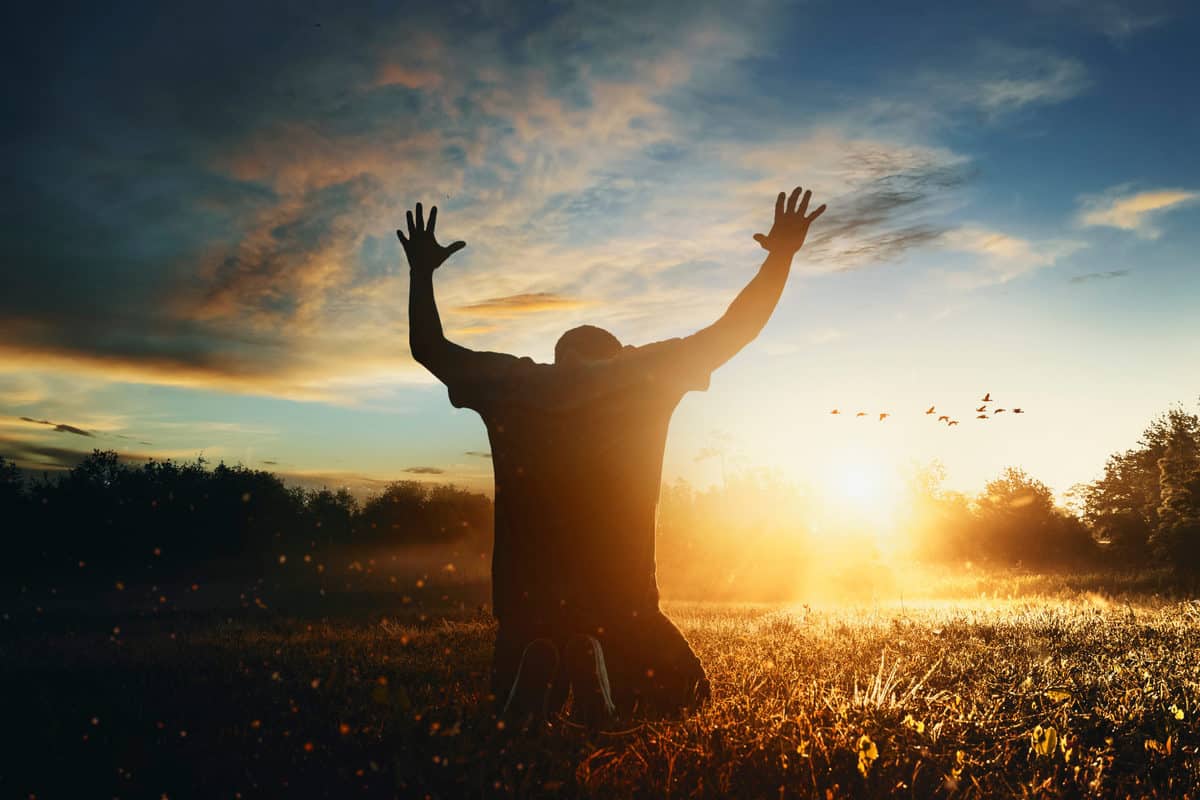 Entering Into The Holy Place

Moses was 120 years old and was standing in front of the nation of Israel, sharing his last words with them. As a part of this statement he says the following words found in Deuteronomy 31:2:

At first glance the reader might conclude that Moses had become physically weak with his advanced years and was telling his people why he was transferring leadership to Joshua. However, we know from Scripture that this cannot be the case because in Deuteronomy 34:7 the Torah tells us:

“Moses was 120 years old when he died. His eye was not dim nor his vigor gone.”

So, if Moses wasn’t saying that he was too old and weak to lead Israel anymore what was he saying? One of the best ways to find an answer to a Biblical question is to look through the Bible to see if the word, expression or phrase is used elsewhere. It is important when comparing words and phrases that we make sure the context the word or phrase is used in is similar because context can dramatically change the meaning of a word or phrase.

In this case we do see this phrase used again in a context that is connected to leadership. We find the same phrased used in 2 Chronicles 1:7-10:

7 That night God appeared to Solomon and said to him, “Ask! What should I give you?” 8 Solomon answered God, “You have shown great lovingkindness to my father David and now You have made me king in his place. Now, Adonai Elohim, let Your word to my father David be fulfilled for You have made me king over a people as numerous as the dust of the earth.10 Now give me wisdom and knowledge that I may go out and come in before this people. For who can govern this great people of Yours?”

5 At Gibeon Adonai appeared to Solomon in a dream by night, and God said: “Ask for what should I give you?” 6 Solomon said: “You have shown my father Your servant David great lovingkindness, as he walked before You in truth, righteousness and uprightness of heart toward You. Indeed, You have kept this great lovingkindness for him by giving him a son to sit on his throne, as it is today. 7 So now, Adonai my God, You have made Your servant king in my father David’s place. I am but a youth. I don’t know how to go out or come in.

Notice that the expression to go out or come in is used in reference to leadership by both Moses and Solomon. It is also important that we notice the direction reference used in these words. First go out and then come in. This seems backwards at first if we are looking at the words in relationship to the people. In other words, if Moses and Solomon were using these words in relation to the people of Israel wouldn’t they say I don’t know how to come in and then go out of the presence of the people? Think about it, neither Moses nor Solomon was concerned with how to come in or go out from the people. It wasn’t going in and coming out that they needed help with. It was going out and coming in. These words are not in relation to the people that G-D had given them leadership authority over. They are in relation to going out and returning to the presence of G-D. Moses was not saying he was old and weak and therefore couldn’t do his lead anymore. He was saying that it was no longer his place to be the mediator for Israel, now it was to be Joshua. This same change of leadership is taking place as Solomon is replacing his father David as king and mediator for Israel. Solomon knew the key to successful leadership was spending time in the presence of G-D and then coming out of G-D’s throne room to the people and then returning to the throne room again. Both Moses and Solomon understood that their job wasn’t about leading the people as much as it was about following G-D.

It is this exact lesson that today’s leaders need to remember. It isn’t about entering and exiting the people that makes someone a great leader. It is exiting and entering G-D’s throne room that does.

Prayers Are Flooding In For Israel From Our GOD TV Family

Israel has almost been under attack for a full week; one week too long.  We are thankful for Ron Cantor, our GOD TV Regional Director, who is on the ground in Israel and has been providing daily FB Live updates on our GOD TV Facebook page at 12pm EST.

We are also thankful for our GOD TV Family, more specifically those of you receive the GOD TV Daily email, who have been flooding our inbox with prayers for Israel.  Will you join us in praying for the peace of Jerusalem?  Submit your prayer for Israel here.

Prayers from our GOD TV Family

“May the mountains surrounding the Great Nation, Israel stand as a witness of the past. The Holy One of Israel will protect the chosen people from all harm.  Enemy will  face defeat.  Victory is for Israel. Hallelujah ! LORD JESUS bless and protect.  Amen!” – Thomas

“Prayers are with you from the Fiji ???????? Islands, every 12 o’clock mid day the whole of Fiji is praying for Israel and Jerusalem and also the lockdown that is happening here in Fiji due to the pandemic. Fiji is with you – Psalms 122-6 we pray for the peace of Jerusalem, May those who love you Prosper. God Bless” – Talisa

“Ron (GOD TV Regional Director in Israel), I lift you up to Yeshua in prayer,  you and all your loved ones. And I  lift up in prayer, all who don’t yet know Yeshua as their Lord and Saviour. God do a mighty work in this place, even in the midst of troubles.  May the works of the enemy be brought to nought, and his deceptions be shown up for what they are. ‘And we know that all things work together for good to those who love God, to those who are the called according to His purpose.’ – Romans 8:28 NKJV” – Peter

“Yes Ron we are in much intercession here for all the Body of Christ in Israel  and praying and declaring many promises of God over Israel.  Thanking Him for His promises His mercy over all involved . His peace to rule over everything. Two days ago as I was interceding the Lord reminded me that He is a Warrior. (Exodus 15:3). I was talking to my sister who intercedes for Israel. And she told me the Lord spoke the same thing to her.  This am as I was interceding again for you all and His covenant land. The Lord reminded me from His Word that He is our perfect High Priest and Intercessor. Hebrews 1 verse 3 says (He is the radiance and representation of His nature re. The Father and carries everything by the power in His Word.( ONM. Bible). Psalm 75verse 10 God says”I will cut off the strength of the wicked bit I will increase the power of the Godly.”  Please be encouraged the Body of Believers in Israel  have many interceding for you all . Especially right now. We are standing with you. With love in His service.” –  Pauline

“???? Peace in the middle of the Storm.  Lord touch the heart of your people,heal the hate within them,and praying for salvation to all the ???? protect all from evil in Jesus name Amen.” – Myrna

“Praying for peace in Israel! May God protect the IDF and all the citizens in Israel!” – Mitch

“God of Mercy , please intervene in the situation stop this Fight in the blood of Jesus. Amen.” – Mevis

“Prayers are going up to heaven for Israel, Arabs and Palestinians.  The power of Pentecost season is near, we are hopeful.” – Martha

“I’m praying hard and continuously for God’s land to become peaceful. We need prayers and peaceful resolution to the world’s problems.i will continue to pray. God be with you” – Linda

Two Ways You Can Help 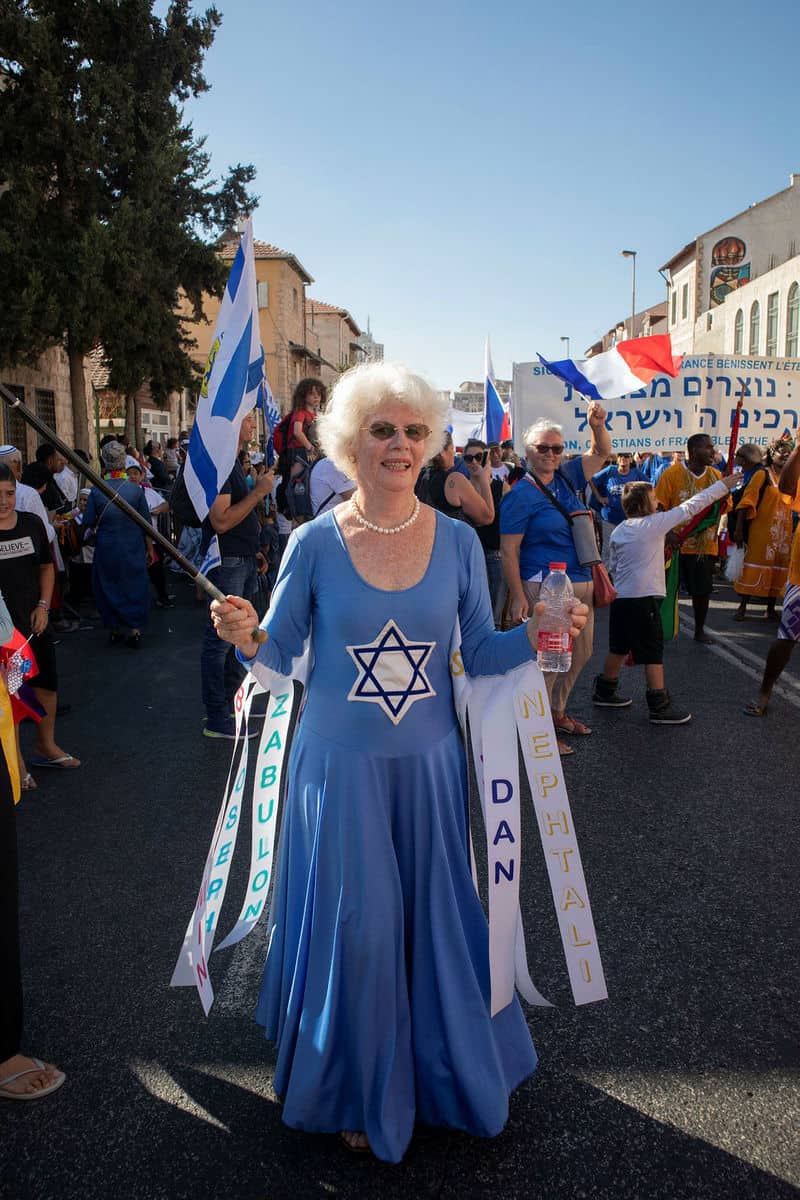 With flags from all over the globe waving high, a colorful march of some 80,000 Israelis and foreign friends of Israel descended on the streets of Jerusalem on Thursday afternoon for the annual Jerusalem March to celebrate Israel and pray for peace.

Hundreds of police officers deployed along the march route, which began at the Sacher Park and ended at the First Station compound, to provide security and direct traffic, closing off major streets and intersections in the capital in the early afternoon to make way for the parade.

Over 6,000 pilgrims from over 100 nations joined the 3-kilometer popular parade, held annualy during the Succot holiday, including large groups waving flags and traditionally dressed from countries including Brazil, China, Switzerland, Malaysia, the United States, South Africa, and Peru and singing. The International Christian Embassy Jerusalem (ICEJ) is behind the event, now in its 39th year.

The Chinese speaking delegation, one of the biggest with 500 representants arrived in Israel for the march, walked holding six small sukkahs, the temporary hut constructed for use during the Jewish festival of Sukkot,  differently decorated.

Pilgrims from Brazil represented the biggest delegation with 900 people.Other large delegations arrived from Ivory Coast with 600, from the United States, 500, and 250 people from the Philippines.

This year’s event centered on the 70th anniversary of the creation of the Jewish state.

“Every year the participants to the march rise, as tourism in Israel which is on rise 15% up as well,” ICEJ Vice President David Parsons told TPS.  “60% of the pilgrims who arrived in Israel are from Latin America and Africa, the developing countries, where evangelical churches are growing the fastest.”

“Developing countries watch Israel from the last 70 years, from the time orphans from the Shoa arrived to the high tech nation and admire it, they want to take the spirit of Israel to their nations,” Parsons said.

Several foreign participants told TPS that they arrived in Israel to attend the march to fulfill a prophetic will and out of a sincere Christian love for the nation of Israel and their belief that “worship the King, the Lord of hosts, and to keep the Feast of Tabernacles.” (Zachariah  14:16).

“When the Messiah will come the entire world will celebrate the Feast of Tabernacles because it will mark the return of Jesus. I am here today because I believe the messiah is arriving,” said Domeniq Quelter, a 55 year old from Oensingen, Switzerland, who has come to the march every year for the last 11 years.

Emily and Pamela, daughter and mother from Dallas, Texas marching waving USA flags, told TPS they came to connect with the Jewish people and to support Israel. “I want to show my love for Israel, ” said Emily. “And we also like very much the food and the wine here,” her mother added.

“This march is a declaration of love,“ added Joseph Evangelista, a pilgrim who arrived from Brasil. “The world Christianity love Israel and also Israel is important for all the Christians, we all came from Abraham.”