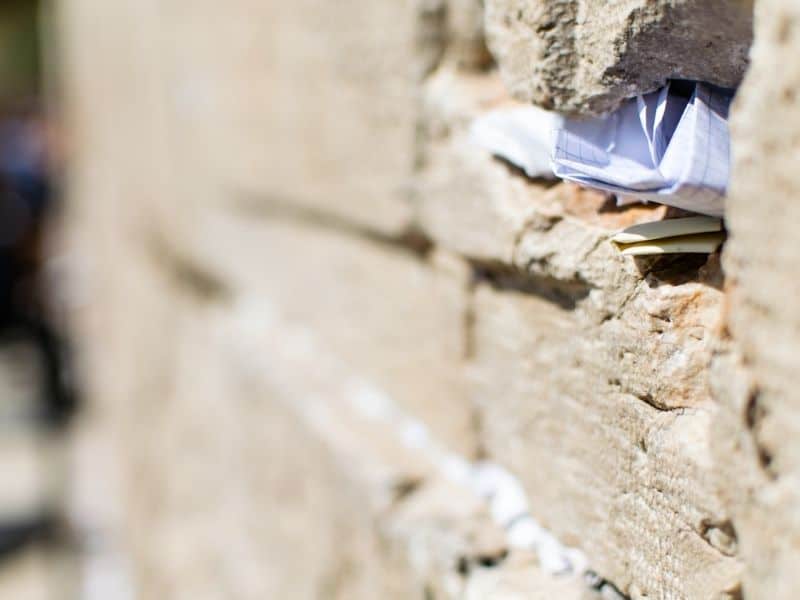 What Happens To The Prayer Notes Inserted In Jerusalem’s Western Wall?

The Western Wall located in Jerusalem is famous for its rich cultural heritage and tourist destination. People from all over the world visit the wall and pray to the God of Israel. They would even put their prayers on paper and insert them in the crevices of the wall. But, what happens to the notes after a long time?

The Western Wall is considered one of the most solemn places in Jerusalem. It is the last standing wall of the Temple Mount, built twice (during Solomon’s reign and Ezra’s leading.) With that said, the wall itself holds special significance to the Jews. They see the Wall as a reminder of hope after their exile.

The custom of stuffing prayer notes in the cracks of the wall started centuries ago. There are even pieces of evidence that the practice was observed as early as the 18th century. It is their form of connecting deeply to God.

Today, many peoples of faith from across the world join in the tradition. As a matter of fact, visiting dignitaries such as US Presidents Barack Obama and Donald Trump, French President Emmanuel Macron, Prince William, and Popes Francis I and Benedict XVI, have slipped prayer notes as well.

But, what really happens to the prayer notes?

Prior to the Jewish holidays of Passover and Rosh Hashanah, the notes are removed and collected for burial in the Jewish Cemetery on the Mount of Olives. Jewish law regards them as sacred texts because they contain the name of the God of Israel. And for that reason, they are treated as holy messages that have fallen into disuse and thus, buried.

The whole process will be overseen by the rabbi of the Western Wall and his staff. They carefully pull out the papers from the crevices by a wooden pole. Then, they would put them inside a bag for transport to Mount Olives. The prayers are not read. But, before the ceremony, the team would prepare themselves for the task by immersing in a ritual mikveh bath.