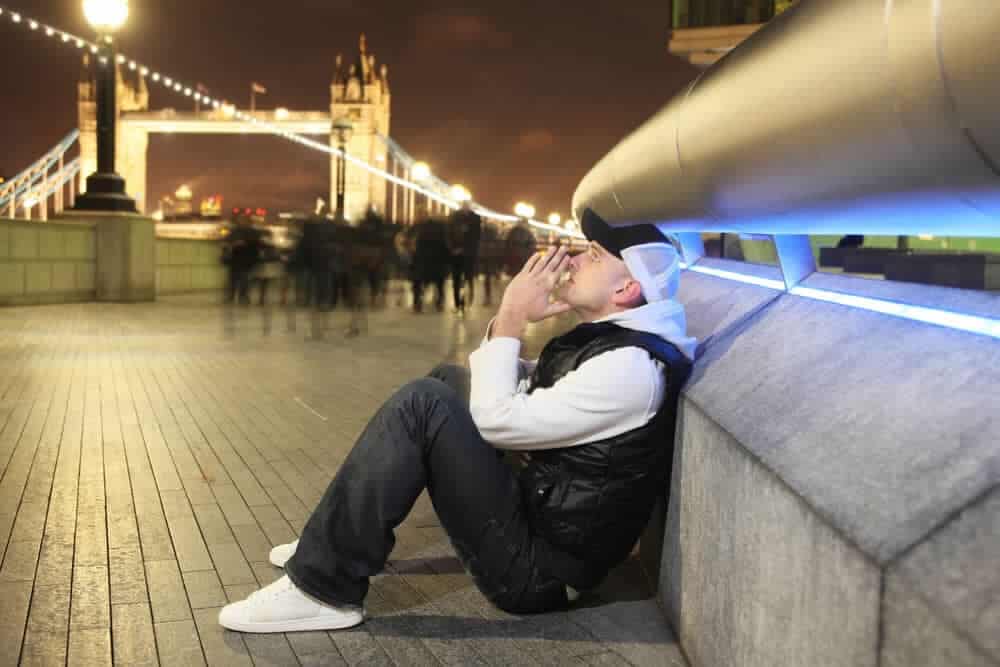 ‘Do not be overcome by evil, but overcome evil with good’.

Terror attacks are a regular occurrence in today’s world, but they are still a major shock, especially when close to home. London has experienced terror before, but the 22 March 2017 Westminster attack is significant as it took place at the seat of the British Government. #LondonAttack has been trending on social media and many have shown solidarity with the people of London in different ways. It’s our duty to #PrayForLondon.

A Christmas market being being mowed down by a truck… innocent people being driven into on a famous bridge… landmark buildings being lit up to represent the flag of the latest nation to be hit by terror… France, Germany, Belgium and now the UK. It’s becoming all too familiar. Understandably, people feel they need to respond in some way, even if it is only superimposing their Facebook profile with the Union Jack, but it’s encouraging that so many are using the hashtag #PrayForLondon.

Prayer is always the answer, especially to any crisis, but how do we pray effectively for this specific situation. British pastor, Pete Grieg of the 24-7 Movement has posted a useful example on Facebook of how to intercede for the people of London.

“Prince of Peace, take this great terror and when at last the time is right, transform the hatred of today into reconciliation and hope that does not die.”

Lord, comfort those who find themselves so suddenly bereaved, injured and scared. Strengthen nurses, doctors, and pastors working hard to heal pain. Guide the police protecting our peace and enforcing your justice. Counsel our political leaders in the ways of wisdom and peace. Grant us grace to grieve well. We long, more than ever for an end to crying and dying, bloodshed and hate, not just in London, but in Syria, Somalia, and South Sudan. Lamb of God, let Your tears flow with ours, Your blood flow with ours, Your wounds heal ours. Prince of Peace, take this great terror and when at last the time is right, transform the hatred of today into reconciliation and hope that does not die. Amen

You may have seen the news reports and heard the Prime Minister, Theresa May calling the attack ‘sick and depraved’. The deaths of four innocent people at the time of writing, are a tragic loss of life and one can only imagine the pain of the 40 or so people who were wounded, some most severely. This is a terrible injustice to people targeted at random, no matter what nationality, culture, or beliefs.

For the British people, these events are a reminder of the 2005 London bombings, often referred to as 7/7. That was a series of coordinated suicide bombs in central London. The latest attack seems to have been perpetrated by a single assailant yet it caused complete havoc, with newspaper headlines reading, ‘Five Minutes of Mayhem’ and ‘Democracy Under Attack’.

This is because the attacker targeted The Palace of Westminster where the House of Commons and the House of Lords comprise the two houses of Parliament of the United Kingdom. This is a significant attack because it clearly targeted the values Britain stands for. After all, the UK Parliament is the home of one of the oldest democracies in the world and the most continuous.

As the Prime Minister explained: “The location of this attack was no accident. The terrorist chose to strike at the heart of our capital city, where people of all nationalities, religions, and cultures come together to celebrate the values of liberty, democracy, and freedom of speech.” Mrs May concluded that such attacks are doomed to fail. “We will never allow evil to drive us apart,” she said. Certainly we cannot give in to terror, so how should we react as believers?

Be Bold, Be Strong

Firstly we shouldn’t be fearful. You may have seen the iconic London Tube Sign emblazoned with the words, “We are not afraid” as a response to this violent lone-wolf attempt to create terror. The world may not realise it, but being bold in the face of danger is a scriptural principle. The Bible tells us that the righteous are as bold as a lion; Psalm 91 tells us that we can live under God’s divine protection: and the words ‘Fear not’ can be found throughout Scripture.

Well known Anglican Church leader, Canon Andrew White, has responded to the terror attack with the words, “Do not fear, the Lord is here,” quoting Isaiah 41:10. “All over the world, we are seeing planned terrorist attacks and the attacks in London are yet another example of this worldwide activity,” he says. “Yes, we must be on our guard, but we must not fear because the Lord is with us and will never leave us. May our Lord be with and heal those hurt in today’s attack and may He comfort those who mourn.”

Secondly, we should indeed pray. We can pray as Pete Grieg has suggested, lifting up all in authority, those who have been affected and their families and for the protection of the UK capital and for the nation to be spared further attacks. (If you live outside of the UK your nation is possibly just as vulnerable to attack and needs just as much prayer.)

Ben Fitzgerald of Awakening Europe writes: “I am so grieved in my heart at what happened in London today, but I am also grieved at all that Europe has faced with its oppressors in the last few years. It’s not the time to sit back and watch, it’s time to stand and use Heaven’s authority,” he says. “May we bring prayer back to the Church, not quick prayers, but prayer and hunger that shakes nations. If we as the God-appointed lights in the earth do not stand and shine, then the only outcome will be darkness. Let it be said of this generation – we defied hell, we fully embraced the purposes of God for the earth.”

In conclusion, popular British Christian leader, Nicky Gumble of Holy Trinity Church Brompton, the home of the world-famous Alpha course, writes: “I’m shocked and saddened by this barbaric attack on the innocent. Deep respect for the heroic response of so many… Do not be overcome by evil, but overcome evil with good. #PrayForLondon”.