BREAKING
Israel-led Team Solves Mystery Why Lightning Strikes Fewer Times Over The Ocean...
Tourism In The Holy Land Is Soaring Back Up To Pre-Pandemic Highs
Lapid Speaks Directly To Palestinians—Offers Them “Another Way” Out Of The Ongoing...
Home Tags Posts tagged with "preaching Gospel"
Tag: 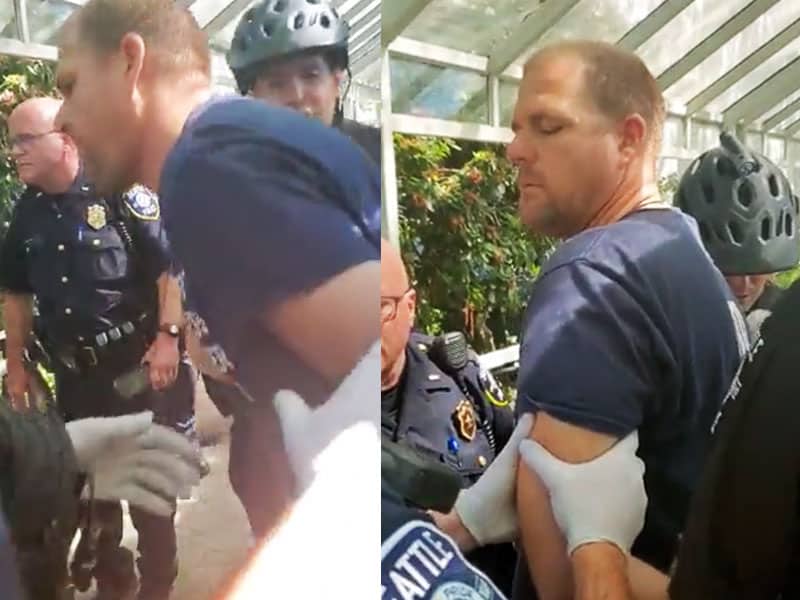 A street preacher in Seattle, Washington, was arrested by ten police officers for preaching the Gospel at a public event.

Matthew Meinecke is a passionate evangelist who boldly preaches the Gospel to anyone. And in a recent event gathering of unbelievers in a park, he read the Scripture aloud to them. Apparently, it was “an event commemorating pride,” according to the report. As he was boldly preaching, ten police officers arrived on the scene to arrest him. 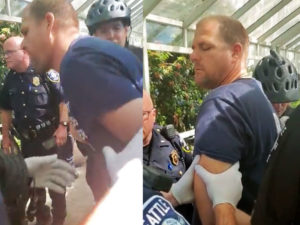 The preacher shared the incident on Twitter and wrote, “SPD has enough resources to send 10 police officers to arrest a preacher reading his Bible in a public park. Because it’s such a horrible crime now!”

Deemed A Threat To Public Safety

In the video that Matthew posted on Twitter, one cop warned him to leave for risking “public safety” accusations. They warned him that the consequences would be unpleasant if he stayed. But he resisted because he didn’t want to leave as he was “not in danger.” So, the officers immediately handcuffed him as soon as he resisted. The crowd of unbelievers then cheered in victory for his arrest.

SPD has enough resources to send 10 police officers to arrest a preacher reading his Bible in a public park. Because it’s such a horrible crime now! pic.twitter.com/pytbNDel9I

Later on, in an interview with the Discovery Institute, the street preacher shared the story behind the arrest. He revealed he was “not aggressively preaching,” but they still arrested him and deemed him a threat to public safety.

Moreover, Matthew revealed how some people ripped up Bibles and kicked them on “the ground back and forth.” Some also threw the Bible in a toilet.

“This was extremely violent,” he described.

“Why are they so offended by words? I just believe in using the Word of God, so if those words are so offensive…the problem is in you.”

But the evangelist stresses that despite the unjust treatment, he forgives them. Especially “those who have physically harmed and derided him.

“I forgive them,” Matthew said. “I don’t hold nothing against them.”

#EXCLUSIVE: Earlier today, @SeaCityAttorney not filing obstruction charge against street evangelist @mattteamjesus. He was arrested twice last week for preaching during #RoeVsWade rally + #SeattlePride. Far left extremists ripped up his Bible and assaulted him. But they got away. pic.twitter.com/S4rFlHnKaH