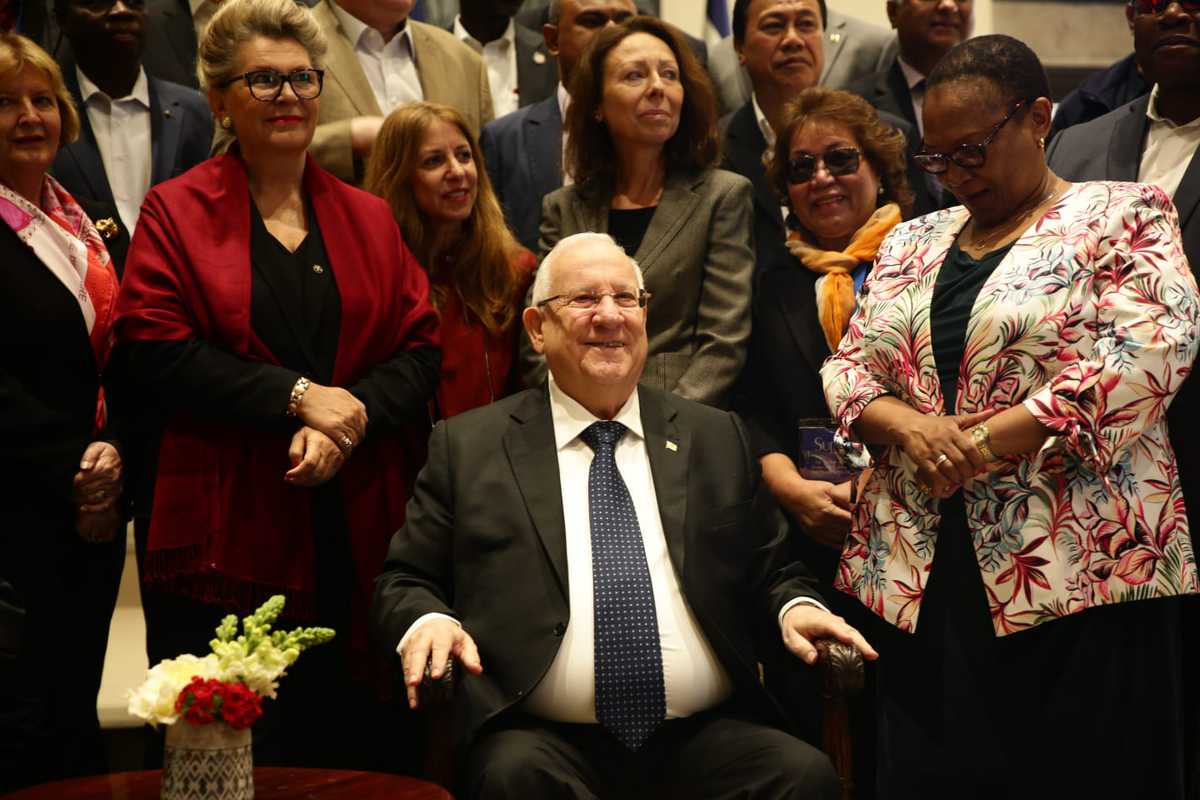 President Rivlin Hosts 30 Ambassadors from Around the World

President Reuven Rivlin on Sunday hosted a delegation of some 30 ambassadors to the United Nations from around the world who are visiting Israel.

The delegation is led by Israeli Ambassador to the UN Danny Danon.

“The UN is the most important international forum for us and for the world, said the president, noting, “some UN bodies take unfair decisions about Israel. Double standards and discrimination must not detract from the UN’s important work.”

“Change is in your hands,” the president emphasized. “Please ensure that our good bilateral relations are also how you relate to Israel at the UN.”

Danon noted that when Israel faces “attacks in the international arena, the truth is the best answer.” 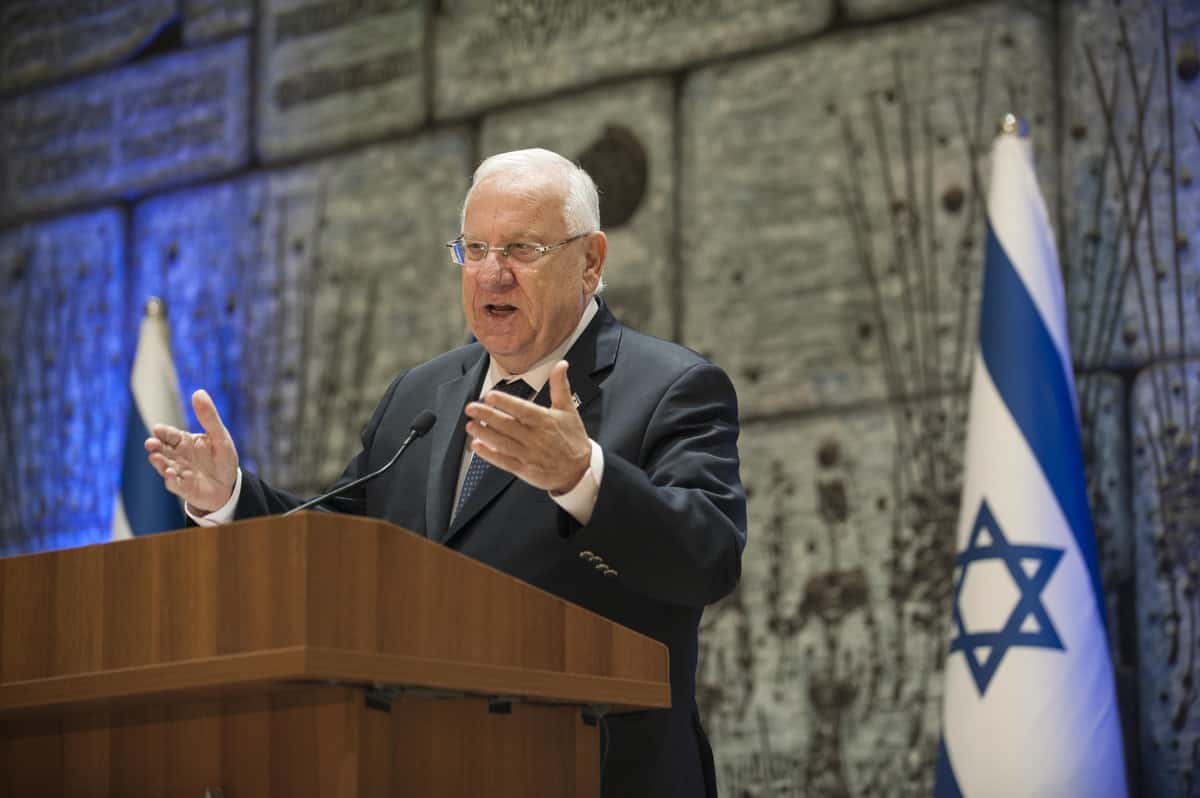 President Reuven ‘Ruvi’ Rivlin spoke out against the Nation State Law legislation Tuesday morning, which is currently being promoted by the Coalition, on the grounds of it being discriminatory to non Jewish Israelis.

In a letter sent to Prime Minister Binyamin Netanyahu, Knesset Speaker Yuli Edelstein, and the members of the committee promoting the law, Rivlin warned that the law, should it pass, may harm the Jewish people.

Rivlin pointed out a clause in the law which would allow communities to refuse new members on grounds of religion and ethnicity, writing that “I fear that the broad manner in which this clause is worded, without balances, is liable to harm the Jewish people, Jews around the world and within the State of Israel, and can be used as a weapon by our enemies”

“I ask also that we look inward, into Israeli society,” Rivlin continued, “are we willing to give a hand to discrimination based on ethnicity in the name of the Zionist vision? The proposed wording allows each community to establish a community without Mizrachim, Charedim, Druz or LGBT, is that the meaning of the Zionist vision?”

Rivlin concluded his letter with a plea to the recipients to reconsider the vast implications of such a law, adding that he is certain the Knesset will “act with the responsibility needed” for such a law.

Newly elected Jewish Agency Chairman Isaac Herzog voiced his support for Rivlin, saying “The honorable President expresses this morning a moral and principled position that is important to respect, internalize and implement.”

Speaking against Rivlin, Likud MK Miki Zohar Tweeted: “Unfortunately, President Rivlin is so busy trying to get all Israeli citizens to like him, that he forgot his basic DNA. The attacks against Netanyahu’s policies have turned into a bad habit which can harm the Right wing government. Fortunately, most of the nation agrees with us and dislike his statements.”

While the controversial law enjoys wide support from the Coalition including Prime Minister Netanyahu, Likud Party elder MK Benny Begin has also voiced his objection to the discriminatory aspects of it, offering up a more lenient version of the law, only to be stricken down by his party members.