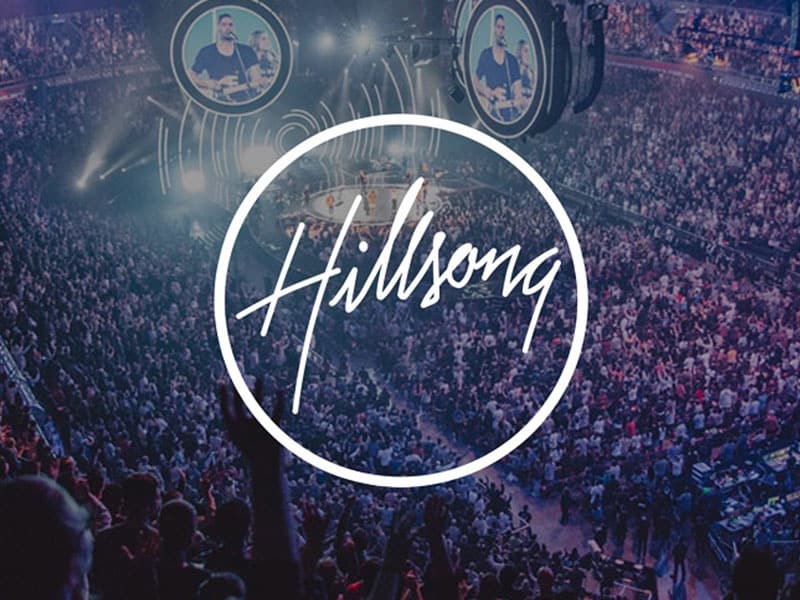 “Can’t they just mute Trump’s microphone!! He’s coming across as such a bully. No respect for him sorry. #PresidentialDebate2020,” said the already deleted tweet. 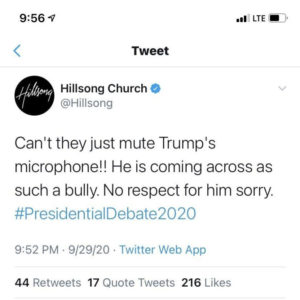 Although the church immediately took down the post, a screenshot had quickly spread across social media. It drew concern, especially to faith leaders. Among them is Greg Locke, leader of the Global Vision Bible Church in Tennessee.

The popular internet personality wrote, “Dear @Hillsong, that was deleted very quickly. Careful. I sat beside @brianhoustontv at the RNC acceptance speech at the White House. Your boss secretly likes Trump.” 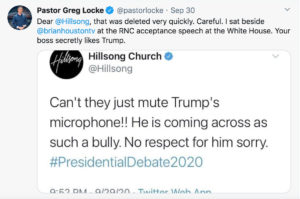 Then nine minutes after the controversial post went viral, the international evangelical church posted an apology. The church cleared out that it was an accidental tweet.

The church stated, “Earlier today a staff member accidentally posted on this account personal comments about the US presidential debate that were meant for a personal account. Hillsong does not comment on partisan politics & apologizes. These comments do not represent the views of Hillsong Church.”

In the gathering of Christian faith leaders inside the White House last December, Hillsong Pastor Brian Houston was one of them. The pastor explained back then how he felt honored to have prayed for President Trump.

“It’s a great honor, of course, to have had the chance to go into the cabinet room, even into the Oval Office, and pray for the president of the United States of America,” he said in an Instagram post. “To me, it’s not about politics, it’s about the position, and a significant man like the president of the US can use all the prayer we can possibly give him.”