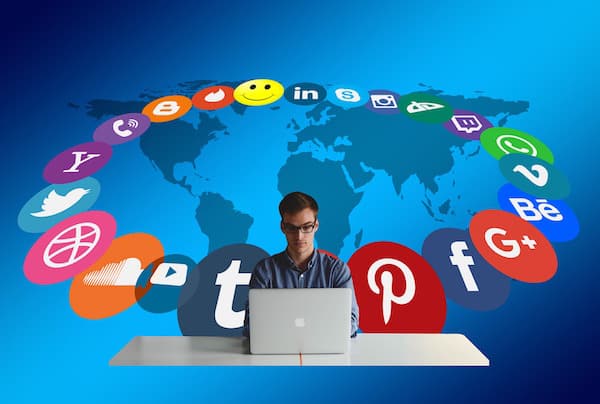 It’s happening folks – EVERYWHERE and the word you are looking for is CENSORSHIP.

“For we wrestle not against flesh and blood, but against principalities, against powers, against the rulers of the darkness of this world, against spiritual wickedness in high places.”  (Ephesians 6:12)

At first it was not very noticeable at all, however, as time has gone on not only are high-profile Christians and conservatives being targeted but us regular folks are too – et moi included! So what does censorship actually mean? Well, the dictionary definition is interesting:

“The suppression or prohibition of any parts of books, films, news, etc. that are considered obscene, politically unacceptable, or a threat to security.”

Indeed, my experiences may not have gripped the nation’s headlines, however, many others have including Diamond and Silk for ‘political bias’, GOP Candidate Elizabeth Heng who was told by Facebook: “We don’t allow ads that contain shocking, disrespectful or sensational content.” Initially the advert was banned by Facebook, however, following several appearances in the media by Ms Heng, the ad was eventually allowed to run. LINK.

As the list lengthens, you have to ask yourself – is it really censorship we are witnessing or something else?

While some people might suggest that these high profile cases are ‘only celebrities so what do they expect?’ We must consider that their experiences are no less damaging or distressing than they are for us who are also experiencing bans and suspensions from various chats and video/ social media websites. Please note – many have paid out a lot of money on adverts etc., just to have their voices heard and promote their causes.

The problem is this, as unbelievable as it may seem the social media platforms claim that they are private spaces and not public platforms. It would appear that these private spaces now ‘zillion dollar’ businesses are able to float their companies on the market, impact elections, penetrate into every household and yet they will suspend, ban and in effect mute the voices of those trying to express themselves.

To many it feels like there is bias involved in some of the regulators decision making. Mark Zuckerberg’s recent Congressional Hearing and various reports in the mainstream media confirm that Social Media’s apparent ‘self-regulation’ is failing the user.  LINK

In addition, chronic privacy concerns have plagued many platforms. Last year, The Guardian’s Nick Hopkins published a very interesting feature called “Revealed: Facebook’s internal rulebook on sex, terrorism and violence.” It is very informative and gives an insight into the ‘decision making’ process.

In the last month, controversial figure Alex Jones received a ‘blanket ban’ across the majority of social media sites. This caused many to raise their eyebrows. Although, Mr Jones may not be palatable viewing/listening for some, millions do follow him. The question on everyone’s lips – Mr Jones is an American – fact. Therefore is he not covered by the First Amendment as we all are?

I’m pretty sure that there is only one place that interprets the law in the United States and that is the Supreme Court. In June this year it made a decision in the Masterpiece Cakeshop v. Colorado Civil Rights Commission case. They upheld the decision that Mr Phillips, a Christian man and a baker, had endured “religious hostility” for refusing to bake a cake for a same-sex wedding.

Now, only two months later the Commission is filing against Mr Phillips again. This time Phillips is not agreeing to make a custom cake celebrating transgenderism. It is obvious that Christian’s and conservative’s civil, creative and religious liberties are being tested to the full. So does this mean that every time a person, who reserves the right to serve others, is going to find themselves in a legal battle.

While these ‘attacks’ are frustrating and I believe they are yet another sign of the times. They can chip away at the general consensus and/or opinion on Christians, Christianity and Conservatism. It is almost like as a believer you are not allowed to have an opinion. In John 16:33 Jesus said:

“I have told you these things, so that in Me you may have peace. In this world you will have trouble. But take heart! I have overcome the world.”

Jesus’ words have never sounded so current set against a backdrop of what Christians are enduring globally each day. Frightening statistics uncover a hidden truth that is rarely  mentioned or written about. However, Newsweek in January this year reported that ‘Christian persecution and genocide is worse now than any time in history.’ The report by Aid to the Church in Need commented:

“Not only are Christians more persecuted than any other faith group, but ever-increasing numbers are experiencing the very worst forms of persecution.”

This has been highlighted by the high-profile case of American Pastor Andrew Brunson in Turkey. This complex case has caught the attention of political and religious leaders across the globe. We pray for Pastor Brunson’s strength, endurance and release and appeal to President Recep Tayyip Erdoğan to extend the hand of mercy and kindness to a fellow human being.

So, my friends lift up your heads and remember:

“Only conduct your lives in a way worthy of the Good News of the Messiah; so that whether I come and see you or I hear about you from a distance, you stand firm, united in spirit, fighting with one accord for the faith of the Good News,”  (Philippians 1:27 )