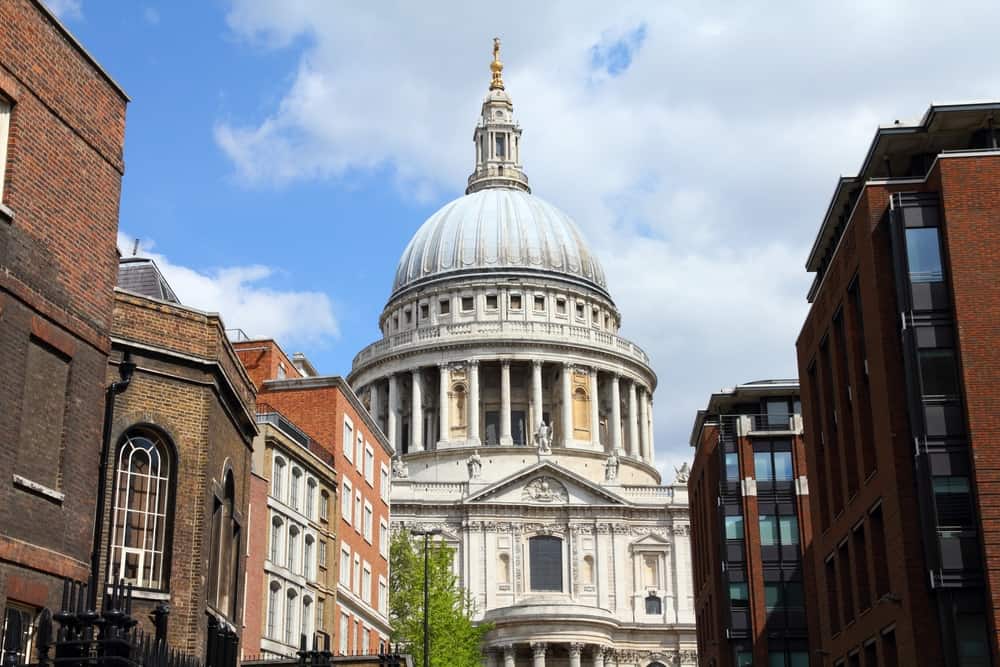 The Barnabas Fund recently highlighted a video showing City of London Police arresting a man, now known to be Allan Coote, for reading the Bible in public outside St Paul’s Cathedral in London. The police officers claimed that cathedral staff had asked them to do so. Now a further video has emerged from several months ago of a similar event showing police stopping Mr Coote reading the Bible in public outside St Paul’s, with what appears to be member of the cathedral management standing close behind the police officers. Ironically, Mr Coote was reading from the “Sermon on the Mount” in Matthew chapter 5 which includes the verses:

“Blessed are they which are persecuted for righteousness’ sake: for theirs is the Kingdom of Heaven. Blessed are ye, when men shall revile you, and persecute you, and shall say all manner of evil against you falsely, for my sake.” (Matthew 5:10-12)

Police called on man reading the Bible at Church

In each of the videos the police justify their actions by stating that the cathedral staff have asked them to move on those reading from the Bible because the public precinct in front of St Paul’s cathedral is owned by the Church. However, in this second video the police officer tells the cathedral staff: “I am of the opinion that this chap isn’t causing any breach of the peace. This chap isn’t impeding anyone. I am happy for him to stay here.”

However, a member of the cathedral staff then tells the police: “The Registrar and the Dean and the Chapter have given instructions to the head of security that at any time he shows up he should be asked to leave and we are just following those orders.”

This police officer however stands his ground and replies: “This chap is reading from the Bible. I feel it would be remiss of me to move him on in a place of worship.”

Three concerns about the cathedral’s attitude to freedom of religion

Freedom of religion took many centuries to develop, during which Anglicans in England occupied a privileged position in comparison to members of other churches, termed “Nonconformists”. Such Nonconformists, for example, John Bunyan, suffered significant discrimination and at times and even persecution by the Church of England authorities. It is therefore deeply saddening that cathedral authorities should again be seeking to restrict freedom of religion for other Christians.

What we are seeing is our heritage of freedom of religion sliding further down a slippery slope. It is important that we look back and see how much freedom has been lost in just the last two decades.

Throughout almost the entire 20th Century there were no prosecutions of street preachers. Then in 1997 two evangelists preaching on the steps of Wakefield Cathedral were arrested, although freed on appeal two years later. However, in the last decade we have lost count of the number of street preachers who have been arrested by police, with a great many subsequently being released without charge or acquitted by the courts.

Then last year at the trial of two street preachers the Crown Prosecution Service claimed that quoting from the King James Bible in public “in the context of modern British society must be considered to be abusive and is a criminal matter”. Now we have cathedral authorities seeking to prevent people publicly reading the Bible in front of a cathedral.

This relentless erosion of such public expressions of faith illustrates why it is so important that all aspects of freedom of religion, which historically developed in the UK, should be fully incorporated into UK law. If you have not yet signed our petition calling for this please click here.

Barnabas Fund supports Christians where they are in a minority and suffer discrimination, oppression and persecution as a consequence of their faith.