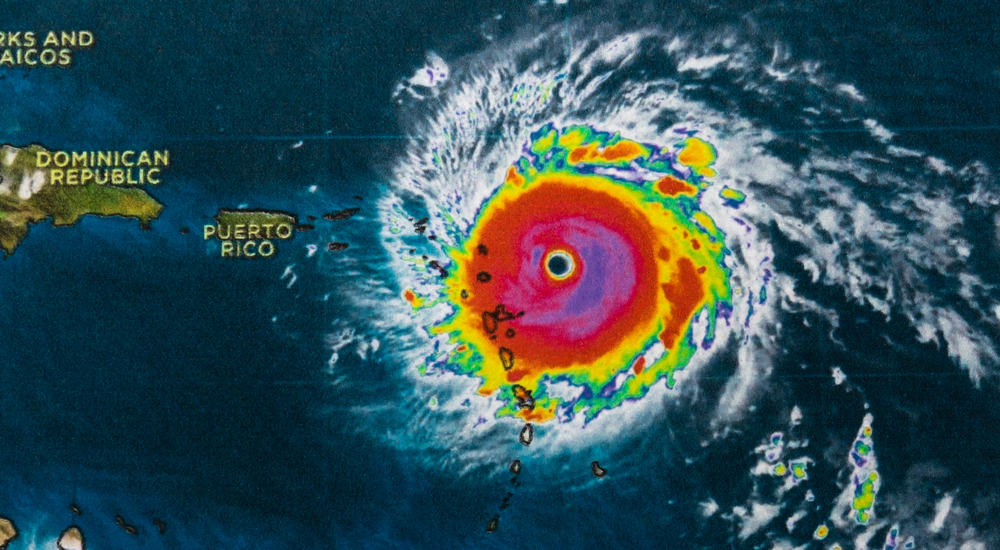 How Reciting Psalm 91 Kept Me Safe In Hurricane Irma

A few days before Hurricane Irma was set to hit my island, I started asking friends and various ministries to pray for us. We had seen the devastation of Hurricane Harvey only weeks before and were disheartened at the possibility of the same occurring again.

At first, we were encouraged when we thought the hurricane would bypass us and go straight out to sea. But as the hours passed, Irma only strengthened, reaching a Category 5, and continued in her destructive path, barreling towards the Caribbean. It was then that we began to fear the impending destruction, not knowing what Puerto Rico’s fate would be. Every hour we checked the weather reports, only to find that Irma was continuously worsening. Not only did they predict flooding, landslides, and a 4-6 month power outage for the island, but my city got a tsunami warning. We continued to pray, but I couldn’t seem to find any peace in the storm. Staring at the giant fruit trees surrounding my house, I knew that with the 185 mph winds coming, they would easily fall and destroy our house. It was then that I broke down and fell to my knees in tears. Everything seemed to flash before my eyes and I imagined impending doom and ruin. After I prayed to God for mercy, I accepted whatever our fate was to be and packed an evacuation bag.

After this, I continued seeking prayer. I found myself on the page of a little Facebook ministry which was encouraging its followers to pray Psalm 91 concerning Hurricane Irma. Only seconds later, two sisters in Christ contacted me with the same psalm, telling me to surround myself with it. I knew that God was speaking to me. Encouraged, I reread Psalm 91 and started to declare it as our defense: that God would cover us with His feathers and deliver us from evil. Suddenly, I realized that Irma was evil. It wasn’t God’s will for us to be destroyed – that was the devil’s plan! This evil Irma, she had to bow at the name of Jesus!

Now in faith and peace, I began to pray for His divine protection as Psalm 91 declares. Suddenly, the Spirit overtook my mouth as I prayed, and I said these words: “Send us warring angels.”  Immediately I had a vision. Looking from above, I saw our island and this monstrous hurricane looming overhead. But in an instant, two giant warring angels came down holding onto ropes and having yards of ropes in their hands as if to bind something. The vision vanished but I knew God had sent His divine protection.

I did not know this before, but warring angels are specific angels who wage war and come to protect God’s children in extreme, dangerous situations (2 Ki.6:18-19). Psalm 91 promises, “There shall no evil befall thee, neither shall any plague come nigh thy dwelling. For he shall give his angels charge over thee, to keep in all thy ways” (verses 10-11).

That night, a prayer chain was started on the island. Many people joined together in the spirit at 10 o’clock PM and prayed for God to have mercy on Puerto Rico.

The next day – the day Irma was to pass over us – we received the news that several islands near us had been destroyed. Puerto Rico was bracing herself for the hit. But as the hours passed, we saw that Irma had shifted north – it seemed like she wasn’t going to be directly hitting Puerto Rico after all.

We knew that the expected disastrous hit had been lessened because His angels had waged war in the spiritual realm on our behalf.

My family continued to declare Psalm 91 over our house, knowing that God was our Refuge. Even when night came on, and the worst of what we would get from Irma was playing out, I still recited it. As heavy rain poured, the wind howled and beat against every inch of our property, I kept asking God to keep His wings around us. And He did. Not one of our trees fell or hit our home. Not one window or door shattered.  Just as He promised, He was with us, and delivered us from the calamity.

I want you to know that you can always trust in God to save you. If you are facing troubles right now, make God your Refuge and He will deliver you. Trust in Him and He who does not slumber or sleep will forever be with and keep you.