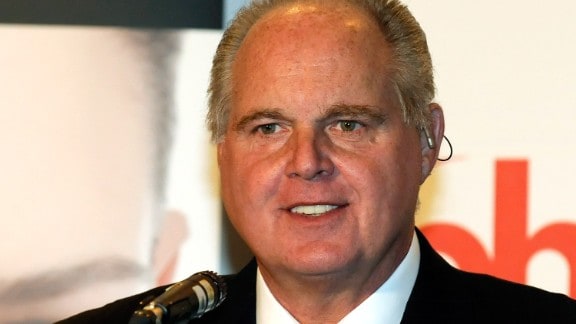 American radio personality Rush Limbaugh revealed on Monday during his show that he was diagnosed with “advanced lung cancer.” Also that he’s totally relying on his personal relationship with God during this hard time.

Rush disclosed that “two medical institutions” confirmed his lung cancer diagnosis on Jan 20. He also shared that it was on his birthday, Jan. 12, when he first experienced sudden shortness of breath. He knew then that there was something wrong with his health. But he assumed it was only asthma or possibly a heart problem.

“My heart’s in great shape, ticking away fine, squeezing and pumping great. It was not that. It was a pulmonary problem involving malignancy,” he said. “So I’m gonna be gone the next couple days as we figure out the treatment course of action and have further testing done. But, as I said, I’m gonna be here as often as I can.”

The Deep Faith Of Rush Limbaugh

Moreover, the 69-year-old shed light of the importance of his deep faith in God in this moment of his life.

Rush Limbaugh Says He Has Advanced Lung Cancer, Will Miss Shows for Treatment

“I’ve had so much support from family and friends during this that it’s just been tremendous. I told the staff today that I have a deeply personal relationship with God that I do not proselytize about. But I do, and I have been working that relationship tremendously,” Rush said, laughing. “Which I do regularly anyway, but I’ve been focused on it intensely for the past couple of weeks. I know there are many of you in this audience who have experienced this. Who are going through it yourselves at the same time.”

The Support Of His Audience

Rush considered keeping his condition private, however, he knew he couldn’t keep it secret for long since he would be missing for days. Besides, he said he considers his audience a part of his family.

“It is a family-type relationship to me, and I’ve mentioned to you that this program and this job is what has provided me the greatest satisfaction and happiness that I’ve ever experienced, more than I ever thought that I would experience,” the conservative radio host said. “[Over] the years, a lot of people have been very nice telling me how much this program has meant to them. But whatever that is, it pales in comparison to what you all have meant to me.”

Then he added that he has a “great bunch of doctors, a great team assembled.”

“We’re at full-speed ahead on this, and it’s just now a matter of implementing what we are gonna be told later this week,” Rush said. “So, I’ll be back here. I hope I’ll be back Thursday. If not, it will be as soon as I can – and know that every day I’m not here, I’ll be thinking about you and missing you.”

Let us join together in praying for Rush’s complete healing in the mighty Name of Jesus!