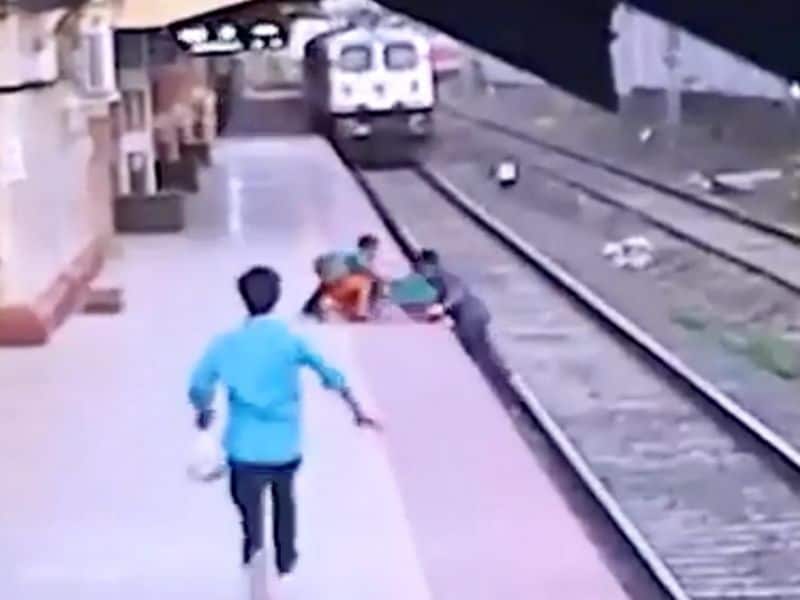 A rail worker saved a child who had fallen on the tracks two seconds before the train arrived.

Vangani, India railway station worker Mayur Shelke was on duty when he saw a 6-year-old child fall on the train tracks. He then noticed that the woman who was with the child was visually impaired and could not do anything to save him. So Mayur quickly put himself in danger to save the young child.

“I ran towards the child but also thought that I might be in danger too. Still, I thought I should save him,” Shelke said in an interview. “The woman (with the child) was visually impaired. She could do nothing.”

As a new father himself, something within him urged him to help the child.

“The child who [slipped and fell] is someone’s precious child, too,” he told Times Now News. “My child is the apple of my eye, so must that boy in peril have been to his parents. I just felt something stir within me and I rushed without thinking twice.”

The nerve-wracking scene was caught on CCTV. Mayur is being hailed as a hero as the footage goes viral on social media. He was even awarded $660 by the Ministry of Railways during a congratulatory ceremony.

“I’ll give half of the amount, given to me as a token of appreciation, for that child’s welfare & education,” Shelke told Asian News International. “I came to know that his family isn’t financially strong. So I decided this.”

Read also: Stranger Returns $10000 He Found On The Road, The Owner Gave Him A Touching Reward