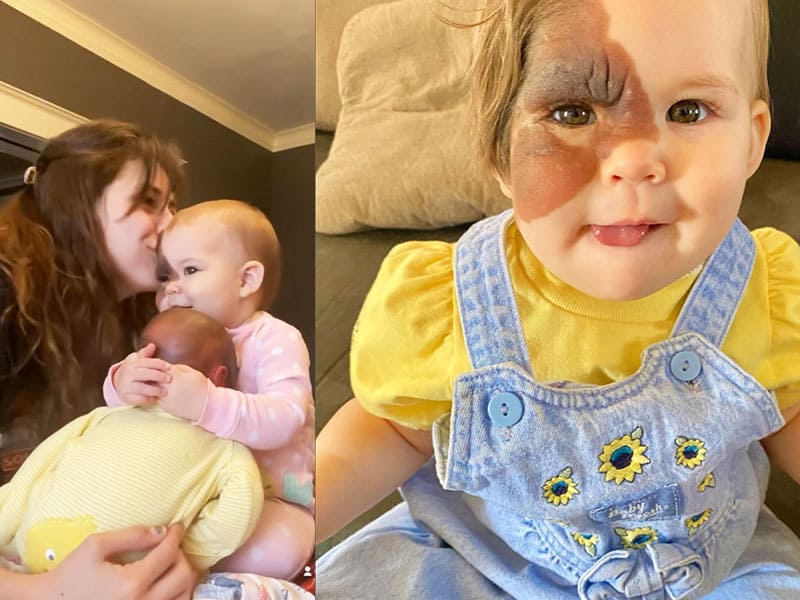 A loving mother whose baby girl has a rare birthmark on her face is on a mission to create a safe place for her beautiful daughter.

At Good Morning America, Nicole Lucas Hall shared her story of having a daughter with a rare condition. She gave birth to her baby girl, Winry, 13 months ago. After she gave birth and saw her daughter, she thought the baby had bruises on her face. But soon, they discovered it was a CMN birthmark, or called as congenital melanocytic nevi. 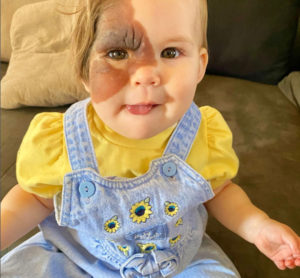 Winry’s birthmark covered almost half of her face. Because of it, she looked different from a normal child by appearance. But her mom, Nicole, is facing the challenge from a hopeful perspective. She is now on a mission to create a safe place for her daughter by promoting awareness to people about CMN. So they would accept and love people who have the same condition as her daughter.

“For a lot of people, this is the first time seeing a birthmark like hers,” Nicole remarked. “And that’s part of why I enjoy sharing.”

Nicole is also connecting with other parents whose kids have CMN as well.

“This is a good conversation for parents with their children to see kids have differences,” she said. “Or for those parents who do have a kid that looks like Winry or has any kind of a birthmark to see their child represented.” 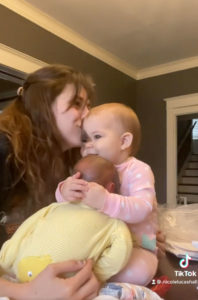 According to doctors, Winry’s rare birthmark also comes with risks to her health as she is at risk of developing melanoma. It might be true, but Nicole is more worried about her daughter’s mental health. Because she may suffer from bullying as she grows up. Hence, all the more reason to never stop educating people about such rare birthmarks. Both Nicole and her husband are doing their best every day to protect Winry.

Today, the 13-month-old is a blessing to her parents and brings many joy.

“She’s almost always laughing or shrieking,” the mom described. “She is just the happiest baby I have ever seen.”

Further, the baby girl inspires the world with her story as her mom shares her whereabouts on TikTok.

Winry’s parents are doing an amazing job of loving and protecting their daughter. May the Lord continue to be with her and protect her as she grows older. And may she grow in the knowledge and wisdom of the Lord Jesus who first loved her and find her worth and identity in Him alone.