BREAKING
Catch a Ride on a Shared Scooter—“Micro-mobility” Coming to Tel Aviv Next...
Israel Military to Conduct First-ever Simulated Strike on Iran
‘Injury to the Heart of Iran’: Details on the Life and Death...
STAND WITH UKRAINE
Home Tags Posts tagged with "relationship with Jesus"
Tag: 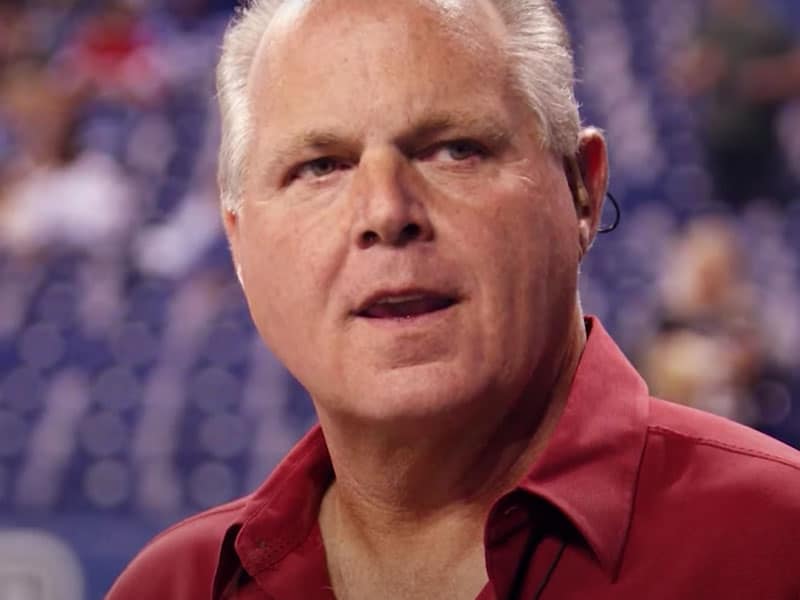 Till his last breath in battling lung cancer, the conservative radio host Rush Limbaugh points people to his personal relationship with Jesus Christ.

In February last year, Rush revealed that he was diagnosed with “advanced lung cancer,” highlighting that he’s totally relying on God with his condition. We remember how the 69-year-old shed light on the importance of his deep faith in God in such a difficult time. 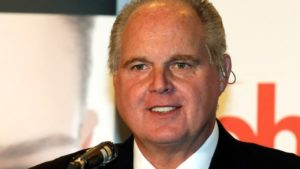 during a news conference for judges in the 2010 Miss America Pageant at the Planet Hollywood Resort & Casino January 27, 2010 in Las Vegas, Nevada. The pageant will be held at the resort on January 30, 2010.

“I’ve had so much support from family and friends during this that it’s just been tremendous. I told the staff today that I have a deeply personal relationship with God that I do not proselytize about. But I do, and I have been working that relationship tremendously,” he said while laughing back then. “Which I do regularly anyway, but I’ve been focused on it intensely for the past couple of weeks. I know there are many of you in this audience who have experienced this. Who are going through it yourselves at the same time.”

Then in October 2020, Rush once again opened up about his battle with cancer. At that time, he said he finds his strength and confidence in his relationship with Jesus. And despite his situation, he’s still grateful to God for everything.

“I have a personal relationship with Jesus Christ,” he said. “It is of immense value, strength, confidence. That’s why I’m able to remain fully committed to the idea that what is supposed to happen will happen when it’s meant to.”

Today, the news broke that the conservative talk radio pioneer who had influenced a generation of American politics finally went home to be with the Lord. He succumbed to the advanced lung cancer he was battling at the age of 70.

Till his last breath, Rush showed his great faith, pointing to his personal relationship with Jesus Christ.

Rush Limbaugh Dies, Pointing to His 'Personal Relationship with Jesus Christ' in the End

He was a booming voice for America and left a remarkable legacy to the country. And to “his millions of listeners, Rush Limbaugh was a national treasure who can never be replaced.”

Let’s pray for the bereaved family of the late radio host and all those directly affected by his passing. 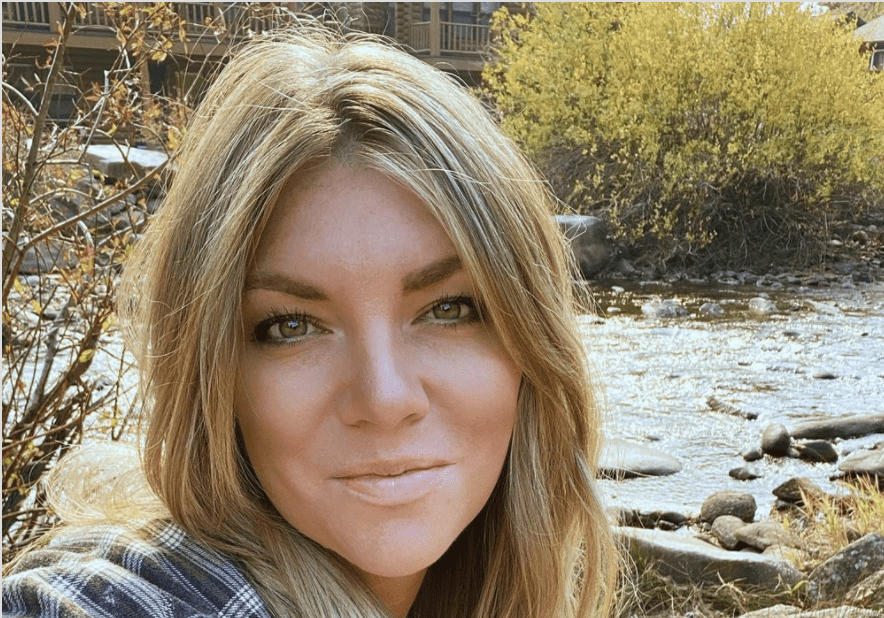 ⁣I get these little winks from God, Like the “hey, I see you, I got you girl!”
⁣
⁣I talked last week about the purse I found that was a little wink.⁣
⁣
⁣Well this week we escaped to the mountains and I sat by this stream outside our cabin spending time with God.⁣
⁣
⁣I was meditating on Psalm 42: 1-2⁣
⁣
⁣As a deer pants for flowing streams,⁣
⁣    so pants my soul for you, O God.⁣
⁣My soul thirsts for God,⁣
⁣    for the living God.⁣
⁣When shall I come and appear before God?⁣
⁣
⁣When all of a sudden maybe 10 feet next to me a friend shows up. Swipe left to see ☝????. ⁣
⁣
⁣I could feel Gods presence so strong, it brought tears to my eyes. ⁣
⁣
⁣I sat there watching as the deer drank from and then lay beside this peaceful stream! ⁣
⁣
⁣What a wink from God! ⁣
⁣
⁣He is the God who is easy to discover. ⁣
⁣Who brings us to the river of life. ⁣
⁣Satisfies our souls. ⁣
⁣And leads us besides peaceful streams. ⁣
⁣
⁣Living life in God is the best! Seriously, He is the beauty of life. He is the Good thing in life! He is worthy of it all! 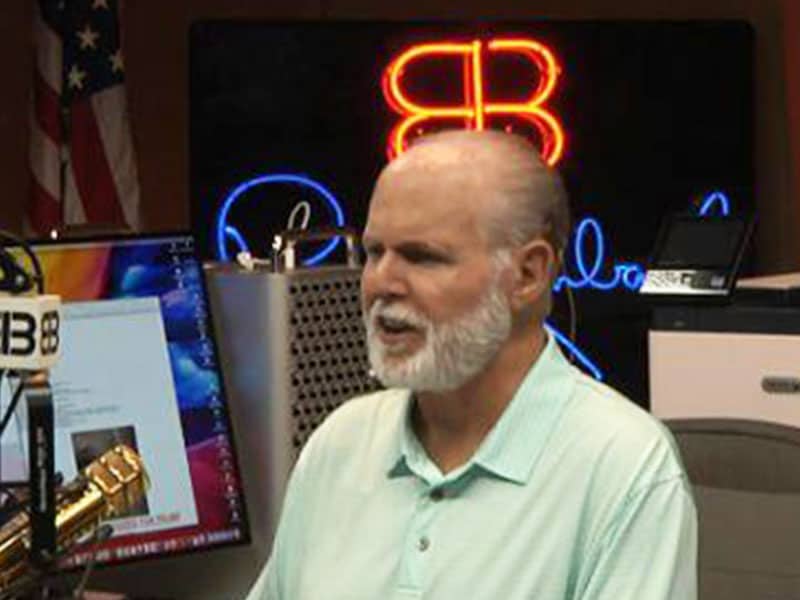 Radio show host Rush Limbaugh opened up about his battle with lung cancer and stressed it is his relationship with Jesus that gives him strength and confidence to face each day.

On Monday, the conservative talk radio icon said, “I have a personal relationship with Jesus Christ.” Then he went on to reveal that he is finding comfort in Him. He said, “It is of immense value, strength, confidence. That’s why I’m able to remain fully committed to the idea that what is supposed to happen will happen when it’s meant to.”

Rush also thanked those who have supported him through prayer, calling it “a series of blessings.”

Here is some of @rushlimbaugh today, discussing his update on his cancer status. Very thoughtful, very brave. All prayers up for him and his family as well as everyone going through this, as he himself talks about. pic.twitter.com/jZM5VOr6DI

In February of this year, the 69-year-old publicly revealed that he had been diagnosed with “advanced lung cancer.” But before that, he assumed he had only asthma or possibly a heart problem because he had “zero symptoms.”

Today, the radio personality updates that there is “some progression of cancer.”

“The scans did show some progression of cancer,” he explained. “Prior to that, the scans had shown that we had rendered cancer dormant — that’s my phrase for it. We had stopped the growth. It had been reduced, and it had become manageable. But it’s always the reality, and the knowledge that, that can change. And it can come back because it is cancer. It outsmarts pretty much everything you throw at it. And this, of course, this is stage 4 lung cancer.” 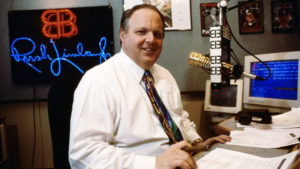 Moreover, Rush also shared his thoughts on his health. Feeling emotional, he said, “It’s tough to realize that the days where I do not think I’m under a death sentence are over.”

“We all know we’re going to die at some point,” he continued. “When you have a terminal disease diagnosis that has a time frame to it, then that puts a different psychological and even physical awareness to it.”

Please continue to pray for Rush Limbaugh and his family. May they find strength, peace, and comfort in God amidst these trying times.