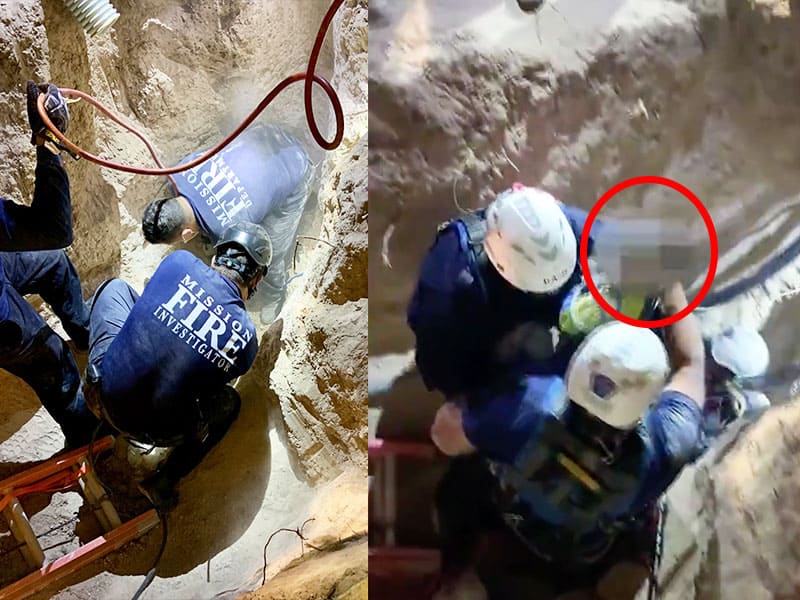 A 4-year-old Texas boy fell into an 8-inch wide, deep well. Thankfully, rescuers pulled him out after six hours, and they say it’s a ‘Christmas miracle!’

On December 9, a little boy fell into a water well in a ranch property in Garceño. It happened at around four in the afternoon. The first responders in Starr County then immediately took action after receiving the chilling call. Fire and emergency officials worked as a team and spent six hours chiseling so they could get the 4-year-old out.

According to a Tweet by the City of Mission, TX, the little boy fell into an “8-10 inches in diameter” pit. That is why the rescuers had to use a chisel to get him out. They worked tirelessly for six straight hours to chisel him from the hole.

An exclusive video was recorded during the incident.

The incredible moment rescuers pulled out a 4-yr-old boy that fell into a well hole in Garceño. So proud of our Mission firefighters & all 1st responders that rescued the child after 6 long hrs. Pit was only 8-10 inches in diameter. It’s a Christmas miracle! pic.twitter.com/Ntj6XydlZ2

City of Mission, TX wrote, “The incredible moment rescuers pulled out a 4-yr-old boy that fell into a well hole in Garceño. So proud of our Mission firefighters & all 1st responders that rescued the child after 6 long hrs.”

They called the difficult rescue mission a ‘Christmas miracle!’

In another tweet, Texas rescuers shared gripping images of the 4-year-old.

Robert Alvarez, the Mission Fire Department assistant fire chief, said, “The biggest thing that we were trying to make sure was that the operation was done safely.”

“The crew worked in a spot parallel to where the boy was. And when they were deep enough, they started removing dirt from the exterior wall of the hole where he was,” reported Faithpot.

Thankfully, the crew was able to pull him out and then took him to the hospital. The 4-year-old survived the ordeal as his condition was stable.

“Last night proved to be a testament of our community and neighboring communities’ unity and sincere concern for each other,” Starr County Sheriff Rene “Orta” Fuentes wrote in a Facebook post.

“Through prayers and actions from everyone involved a little boy lives today.”