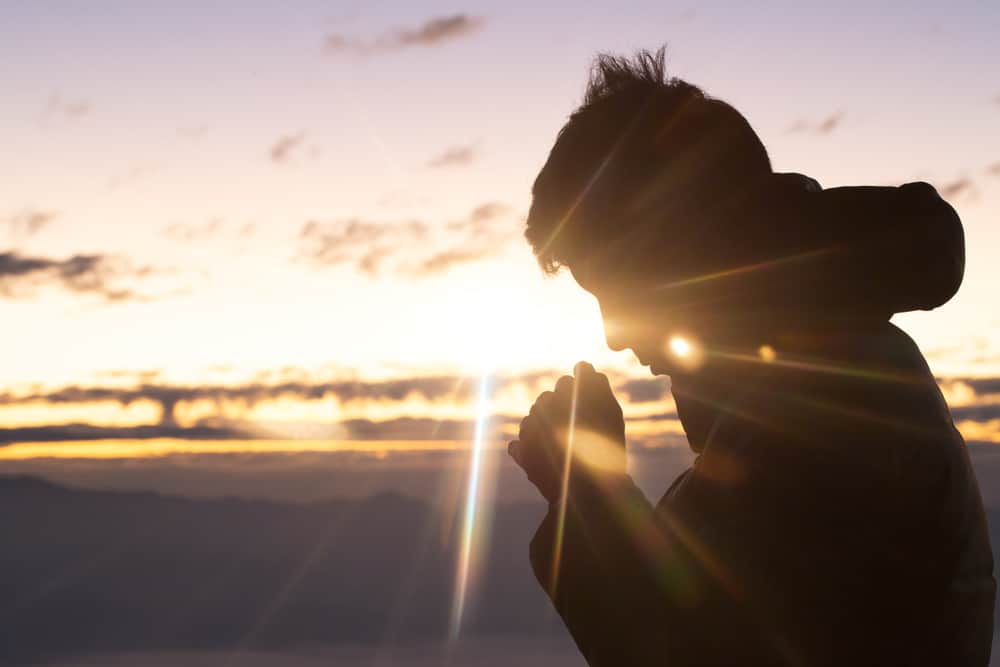 Reset: The Time Is Now

God is looking to reset and open doors of unprecedented favour and influence for His Church in 2020. As we head towards the New Year, we must prepare for what He will do, so that we can partner with Him without compromise or delay. I believe one of the greatest areas of preparation to address is the unity of the Body of Christ. I encourage you to pursue unity this season with a prophetic vision given to me recently.

Reset: The Walls of Separation Must Fall

A few days ago, while I was on a tour of the biblical lands, I awoke to a prophetic picture of many tubes connecting together, breaking and drilling through walls. I pursued God to get a better understanding of this. I then saw a whole series of walls, and in between each set of walls was a group of people. Millions of people were in each group. The people looked comfortable and the light was shining down on them. However, with a closer look, you could also see that their movements restricted by the walls around them.

I wanted to get a better look at the whole scene, so a man with me in the vision took me to a staircase of 12 steps. They looked like small steps but as I took each one, I was lifted a vast distance, so that by the time I reached the top I had a full panoramic view. I was saddened by what I saw. The walls had been built from words, and the words were coming from the mouths of praying believers somehow entangled in strife, anger, competition, traditionalism, colonialism, and a sense of entitlement. Those whose words were doing the most to build the walls were actually very well-known people. Their words were separating these groups of people from one another and limiting them, and those whose words were building the walls had themselves become limited too.

Nonetheless, the light was shining down on the people and hope, revelation and righteousness were in their midst. Suddenly, it was as though there was a great awakening among them caused by the Spirit of God, and they seemed like Jeremiah when he declared God’s Word “is in my heart like a fire, a fire shut up in my bones” (Jeremiah 20:9). They could see that change was needed and began to shout that “the Kingdom of God must advance!”

As they did this, I saw the tubes forming and connecting and breaking through the walls. The tubes were channels of proper communication and relationship that began to connect the groups like plumbing through which freshwater of the Spirit was flowing. The ones that had first shouted were now speaking to the walls, commanding them to fall, and were declaring and prophesying words of life and unity. I saw the walls falling, and a new generation of emerging leaders arising from among those who prophesied. God’s righteousness was burning in them, and as the vision continued, they became stronger and stronger. I’m not one for sensationalism, but I could see that God is getting ready to do something major in the nations.

The meaning of the vision is that the Lord is looking to move through the unity of His people. However, many Christians have been resisting or limiting one another’s progress. In many places, twisted words have been spoken against other believers out of misunderstanding, prejudice or selfish ambition. Some have felt that certain positions, privileges, opportunities or callings should be theirs and so have resisted those that have actually stepped out in faith for the Lord. Others have become so confused or jealous that when a church is doing well they speak against it in a critical spirit, creating lines of division in the minds of those that they teach. Given the greatness of all that the Lord has entrusted His Body to steward on His behalf, this really is shocking and should not be so.

The Lord Is Preparing

Although this has been going on for some time and is happening even now, I believe the Lord is moving to deal with it through a generation of emerging leaders who will tackle it at its root. They will operate in a spirit of unity, releasing a fresh move of the Spirit that will make it clear to see where, how and through who divisive spirits are being empowered. They will uncover the hidden channels and access points through which murmurings, gossip, and ungodly conversations have been polluting the Church, and it will come to an end.

The Lord is preparing His Bride, and His move has already begun. Truly, the Word of the Lord is sharper than any two-edged sword. It doesn’t matter what divisive structures have been built or are in place. God is speaking grace and more grace to His Church, and He will give strength to those willing to dismantle these structures. Even the biggest of them will be broken down by His Spirit operating through delegated authority. As Zechariah 4:7 asks and declares “What are you, mighty mountain? Before Zerubbabel you will become level ground.” 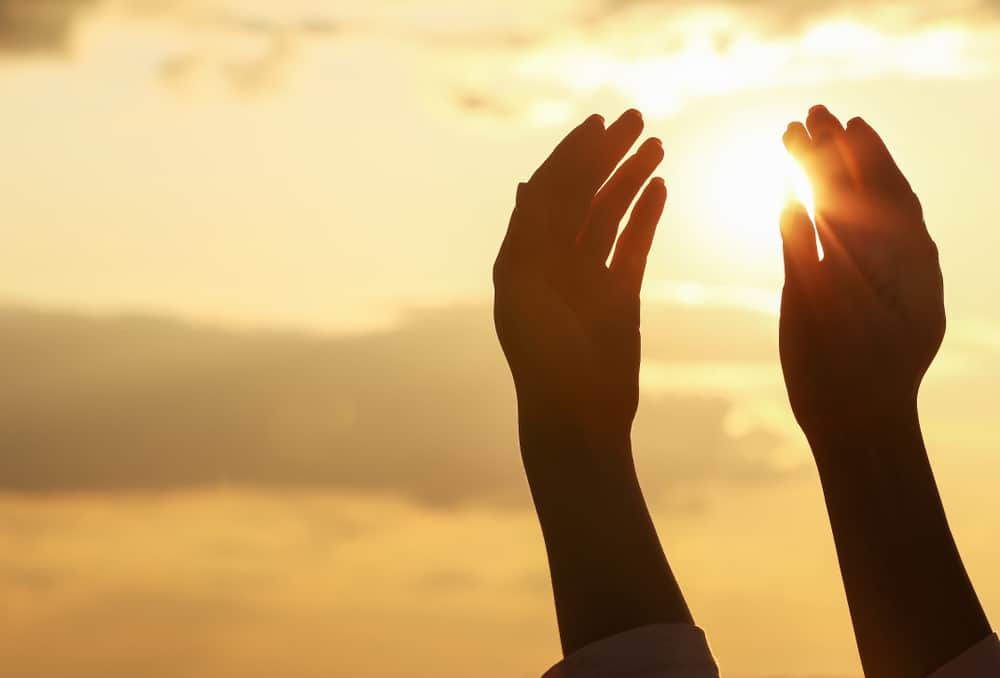 Psalm 15: A Key to Unity And Reset

God is giving us the keys to bringing what we need to do this and bring about unity. The words of Psalm 15 are one of these keys. In the Passion Translation it reads:

“Lord, who dares to dwell with you?

Who presumes the privilege of being close to you,
living next to you in your shining place of glory?
Who are those who daily dwell in the life of the Holy Spirit?
They are passionate and wholehearted,
always sincere and always speaking the truth—
for their hearts are trustworthy.

They refuse to slander or insult others;
they’ll never listen to gossip or rumors,
nor would they ever harm another with their words.
They will speak out passionately against evil and evil workers
while commending the faithful ones who follow after the truth.
They make firm commitments and follow-through, even at great cost.
They never crush others with exploitation or abuse

and they would never be bought with a bribe against the innocent.
They will never be shaken; they will stand firm forever.”

This Psalm is a word in season that will help the Church to diffuse the issues at hand and reset.  Sincerity and truthfulness, a refusal to participate in ungodly conversations, and a commitment to integrity are the principles that will break down the structures of division and allow unity to emerge in its fullness.

In this season, focus on building new structures that promote unity. Build bridges of reconciliation between the members of the Body. Make sure you know the truth of a matter before you entangle yourself and others in unnecessary spiritual warfare.

It really is important to reset and know the facts. Recently, I sat down with a man that is serving God in ministry. He is a gentleman with a good heart, but someone had told him for no good reason that I was against him and was praying against him. In fact, the opposite was true, and I had been acting as a bridge between him and others. However, the lie he had been told had discouraged him and prevented him from building a relationship. When we sat together and talked, the truth came to the surface.

As the Psalm encourages, keep your heart pure and sweet before God. Pursue purity in all you do. If anyone misrepresents you, don’t take revenge by misrepresenting them. You made mistakes in the past, do not let those inform your decisions today. If anyone has offended you, let it go. When anyone brings an issue to you, remember there are two sides to a story. And make sure that you avoid making up your own stories, because you don’t know what someone else has gone through.

Be blessed, reset, and let unity arise in the nations through you in Jesus’s name! 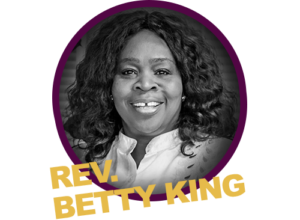