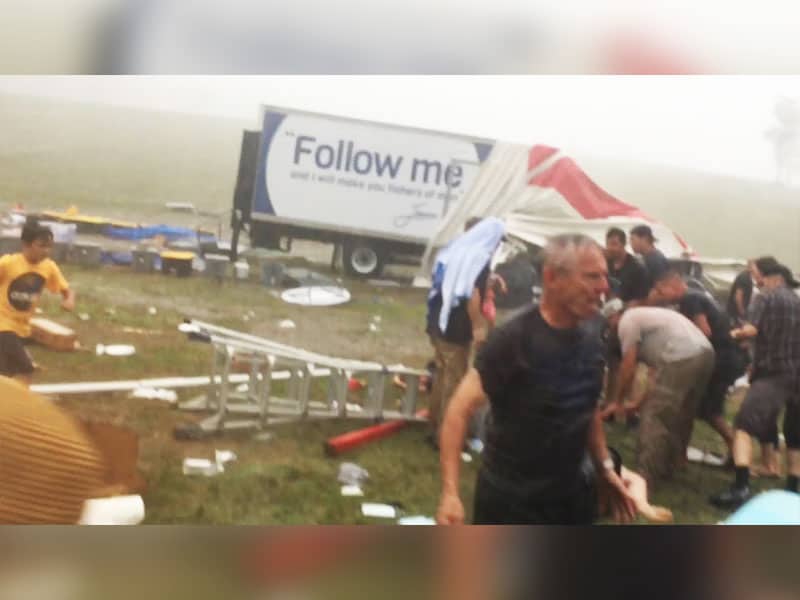 On Sunday, a storm suddenly swept through a revival tent meeting in New Hampshire. The tents collapsed and six people were injured. The church says it was a “demonic attack.”

Torben Søndergaard, the founder of The Last Reformation initiated the event called Big Tent Revival Meetings. According to Yahoo, Torben “was wrapping up” the event when the storm suddenly hit them. 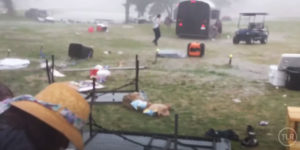 “We thank you all for your prayers. We are in a war, a spiritual war, a demonic war,” he wrote. “Today we saw a demonic attack like never before, but we are thankful to God that no one got injured badly. This could have gone so much worse.” 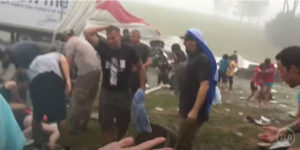 Then he shared on YouTube the actual footage when the storm came.

The footage revealed that it started with heavy rain and strong winds. Some attendees can also be seen trying to hold up the tent’s poles. And a few minutes later, the tent could no longer hold up because the storm blew harder and it collapsed. Immediately, loud cries from people could be heard in the video. The storm totally destroyed the whole revival tent set up.

Torben further described how “it was like a war zone.” People were all over —some fainted and some walked with blood in the head.

The evangelist is asking for prayer. He asked, “keep praying for us and our team. I just heard that Marcus really needs prayer. Pray for him.”

Despite what happened, Torben stressed that they will not stop and won’t let the enemy win.

A demonic storm - Keep praying for us 🙏 WE WILL NOT STOP