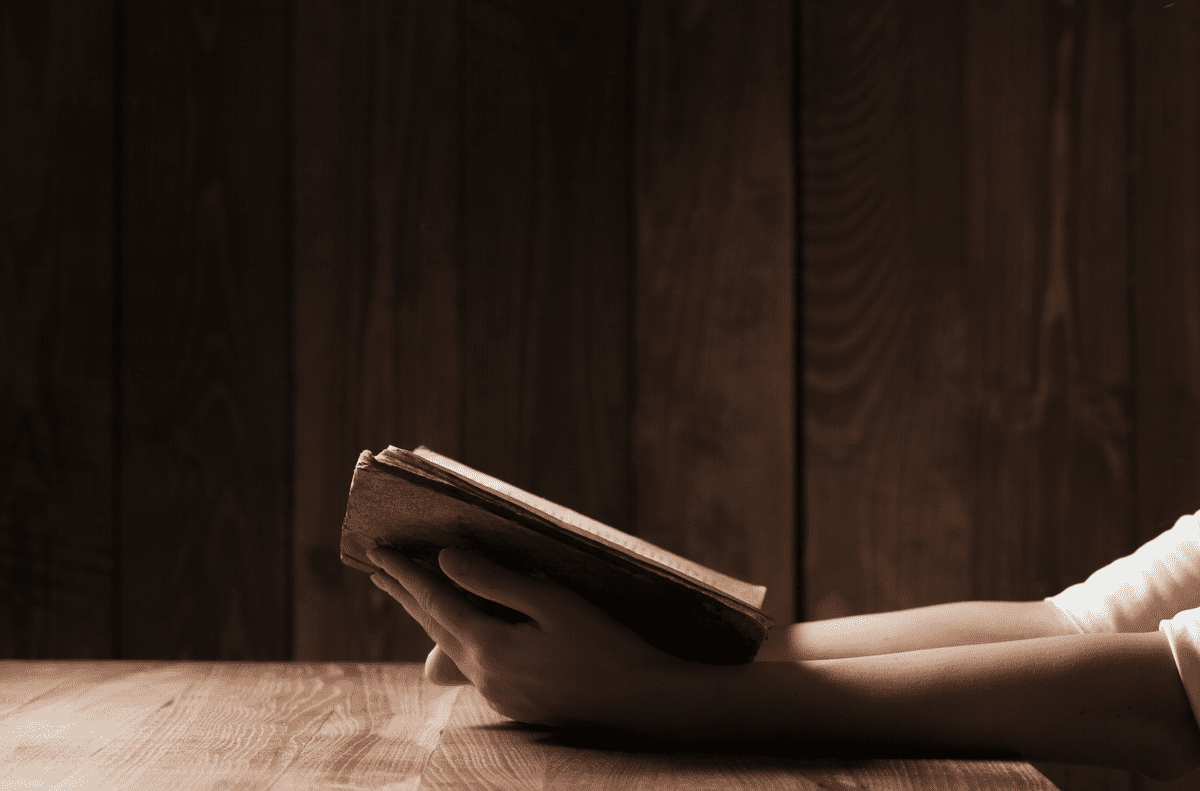 Believer’s Authority Over All Things, Including Coronavirus

We can destroy coronavirus with God – using the authority He gave male and female.

Raised amongst a male chauvinist Italian community, it was hard to ever imagine I could have authority as a woman.

But to my surprise, as I entered the working world, I realised it was an epidemic condition. So the fight to find my place in life continued.

However, since meeting Christ in 2013, God has been revealing my identity in Him; as a precious daughter, princess, and warrior, carrying the authority against “the god of this world”, instead of the male gender or humanity in general.

Who is the god of this world?

God has emptied me of my fight to find my place of importance as a woman. The way this world system causes women to fight to be like a man because the world portrayed women as weak.

We only need to look at the women in the Bible to see God didn’t create women as weak in character or abilities.

In fact, the bible says it wasn’t good for man to be alone (Genesis 2:8). As the Creator of the whole universe, I believe God had enough power and creative imagination to have made a self-populating man if that’s what He wanted.

Whilst here I’ve emphasised the female lack of identity, God has revealed to me, that it’s very much a male identity crisis also.

If we each chose to focus on our true identity in Christ and exercised that authority in our homes, then surely the world would automatically take care of itself.

God has been doing this very thing in my household and recently I was led, “in my new identity as a mother” to dig up more bad seeds that I had planted into my son as a result of this male and female, parent identity crisis.

Through Christ, I was able to apologise for things I did not understand as truth from God’s Word and re-plant some good seeds in the midst of him searching for his God-given identity.

In my ignorance, I allowed the devil to deceive me, just as Eve did in the Garden of Eden. I’m finally getting a glimpse of my new identity as a ‘woman of God’, who actually does have authority over her household.

I can overturn any enemy attack including the coronavirus coming against me or my household, with the Word of God, in the name of Jesus Christ and stand on God’s promises against all storms. We can model what Jesus did in the wilderness, confidently knowing this is the right He purchased back for YOU and me!

Every born-again believer has been given authority to use God’s power.

As we choose to walk in our new identity, progressively up-rooting and re-planting seeds in ourselves and the people around us, we can see many miracles happen. I’m a witness to that!

Believe what God says about you

Sometimes it’s our ignorance of the truth that keeps us trapped in the lies of the enemy. The Word of God is our mirror, all we have to do is believe what it says about us.

We know Satan has only come to steal, kill and destroy (John 10:10), but Jesus came so we might have abundant life.

Let’s actively seek to resist Satan, not passively. We need to actively walk out our God-given identity, not just know it in our minds. (James 4:7).

Because Satan is a spirit, he’s powerless without a participating body on earth. Don’t give him a home in yours to advance his lies.

Recently, someone, I knew had received a bad report from the hospital. All blood results pointing to bone cancer. But I refused to stand by and do nothing. I decided to take my authority, encouraging his wife and my husband to join me, to lay hands and command life into those bones and body.  Miracles happened and we each received a word from God. He was healed and set free!

On his next hospital appointment, all scans and blood results were back to normal. Praise God!

By the stripes of Jesus, no sickness or disease belongs to us (1 Peter 2:24 ). Jesus took them all. The consequences of our sins that would have caused us death, on His back, so we don’t have to. God provided excellent health for us all, past, present, and future – So resist the coronavirus and it will flee.

We can destroy the coronavirus with God’s power

It has no power over man nor woman. We were created as male and female in the image of God to rule and reign over all things.

Read also: Do You Need To Re-Prioritize Some Things In Life? 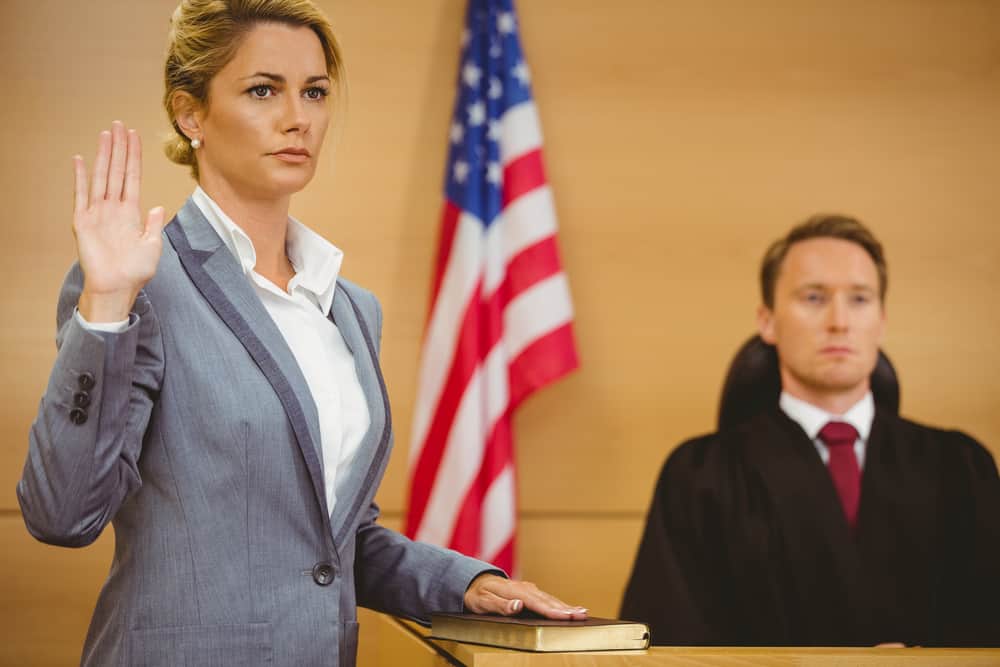 Be Fixed on the Truth – A Heartfelt Cry to Believers, Especially in the USA

“Yet to all who did receive Him, to those who believed in His name, He gave the right to become children of God.” ( John 1:12) This means we have rights to exercise, and in order to exercise them we have to know what they are.

What does that mean? It means to partner with the truth of what God says. It means to love your neighbor as yourself, all of your neighbors, with the understanding that it is the goodness of God that leads to repentance. It is the Holy Spirit that convicts.

It means understanding that life and death are in the power of the tongue. It means proclaiming the Gospel, Biblically in power, and not argumentatively or in manipulation with eloquent speech. It means cultivating a relationship with Jesus Christ, and understanding that you were adopted into the highest royal family. You are forgiven, loved, and seen righteous.

It means knowing the truth that you are seated in Heavenly places, your time on this earth is short, and the Kingdom of Heaven is at hand.  It means using the spiritual authority, given to believers, by the power of Holy Spirit to take dominion over the things of this earth. It means understanding what Jesus said, and why He said it. It means believing when Jesus said we will do the same works He did, and greater, He meant it.

It means exercising the right to a relationship with the King and Creator of the world. In order to do any of that, we must seek the Heart of the Father through the example of Jesus, and a raw relationship with him. Not taking for granted the sacrifice Jesus made to empower us so that we could bring Heaven to earth now. This happens through our bodies as the temples of God, as dwelling places of the Holy Spirit, accepted by the Blood of Christ.

We must seek His face first, and then allow Him to mold us like the potter does the clay. We must die daily, crucify our flesh, and yield to the Spirit of God and His truth. We must pull down what is not in alignment with His character, trusting the process.

James 4:7 says “Submit yourselves, then, to God. Resist the devil, and he will flee from you”. We need to tap into hearing His voice in our lives for ourselves, and not following the stranger’s voice. These are pressing times. People are hungry for truth, but truth and religion are NOT the same thing. Truth is not a series of rituals and picnics, skipping through daisies, and catching butterflies.

In Matthew 11:30 it says “His yoke is easy and his burden is light”. The word easy comes from ‘chrestos’, which means serviceable / good. The word for light is ‘elaphrom’, which means “easy to bear”. Jesus’ burden is good and easy to bear as we surrender ourselves, because He will give us peace that passes all understanding. He will give us joy, despite circumstance.

The more we surrender and yield, the more we will be molded by the Holy Spirit. He genuinely produces the fruits of the Spirit; love, joy, peace, patience, kindness, goodness, faithfulness, gentleness, and self control. We cannot as believers look at the world and question or judge someone, who is not in the Kingdom, for not displaying these characteristics. They do not have the empowerment to produce them. It’s like questioning why a cat doesn’t like water. It’s the reality of it’s nature in the current state. There are some people who can display them, just like a cat may decide to swim. However, it’s not in their nature to do so.

We are living in a world and in a time where the people of God need to exercise their rights. The Kingdom of Heaven is at hand. Matthew 7:14 says “For the gate is small and the way is narrow that leads to life, and there are few who find it”. The word for narrow is ‘tethlimmene’ which means to press / afflict.

The way requires pressing. The way can sometimes be afflicting, because it is contrary to the nature we were born into. The pressing is molding us into the new nature we have been given in Christ. We cannot mold God’s character to fit our way of thinking. Instead, we need to submit ourselves fully, and be open to the molding of ourselves into His character. This takes place by the work of the Holy Spirit.

The battle we fight is not against flesh and blood, it is a spiritual battle. Keeping an Ephesians 6:10-18 mindset is a key. In order to hold that key with confidence we must understand the Father’s heart. Jesus is the example pointing to it, and Holy Spirit is the connection.

Partnering with Holy Spirit is another key. Ask Him to fill you and yield to Him. He is the breath, and the lifeline connecting us to Jesus and the Father. He empowers us to operate in God’s power. He gives us wisdom and understanding helping us to discern. He shows us how to capture every thought, while fixing our imaginations on God’s truth. Not allowing our intellect to limit Him in any way, but rather submitting that intellect to the reality of God. We talk to Him like our best friend who’s always with us, not like some far away person in the sky.

The Kingdom of Heaven is at hand, and we have been given much. To whom much is given much is required. We are fighting in a spiritual war, and keeping our eyes, hearts, ears, and minds fixed on truth is key. In order to be fixed on the truth you must know the truth, and Jesus is the truth. John 14:6 says it perfectly, Jesus answered, “I am the way and the truth and the life. No one comes to the Father except through me.”

This article was written by Kasey Greenplate