BREAKING
Lay Aside The Old Self
Ben And Jerry’s Staying In Israel, But Founders Aren’t Doing The “Chunky...
Israel Has a New Prime Minister
Home Tags Posts tagged with "River of Love Malta"
Tag: 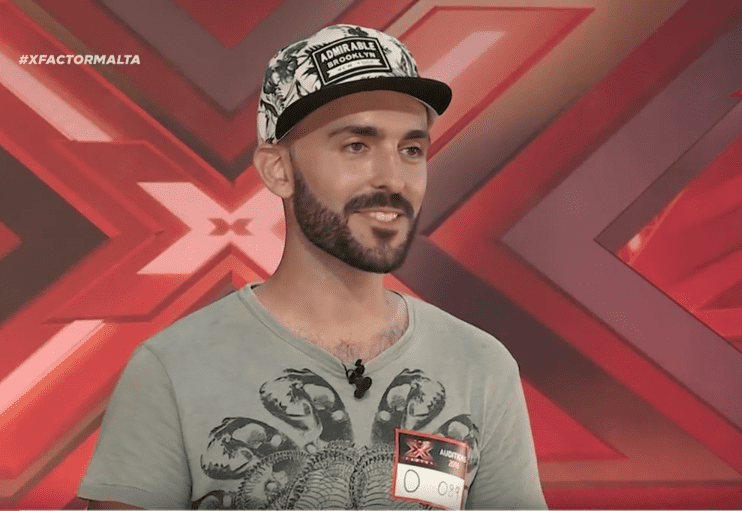 In a world that’s becoming more and more divided, one thing we can agree on is that talent shouldn’t be hidden. We all have a God-given gift to share and people love to see that expressed to the full. That’s why talent shows like America’s Got Talent and the X-Factor are popular. The judges are looking for new artists and viewers enjoy being part of their journey to worldwide acclaim. But what if an up-and-coming singer doesn’t fit with your beliefs? Should we reject them outright? No! And, we can at least recognise their talent.

Matthew Grech is a a singer and vocal teacher from Malta who is currently being featured on the Maltese version of the X Factor now airing on TVM with the LIVE finals in January 2019. The winner will represent Malta in the Eurovision Song Contest next year.  Formerly a secular performer who was nominated as best solo artist, Matthew is already known on the island. However his recent X Factor audition shocked many when he identified himself as ex-gay.

Some may ask why on earth would he do that? Why would you create an immediate prejudice against you on a show where LGBTQ perspectives are celebrated? It seems the producers were keen to address the issue up front and Matthew revealed his belief that marriage other than between a man and a woman is a sin.

“I used to lead a homosexual lifestyle, and then I found God,” he said during his audition. “For a long time I stopped following my passions to follow Jesus. There can be love between two men and two women, yes, but only friendship love. Everything else is a sin.”

As soon as his audition aired last week, the reaction was swift with social media being flooded with hostile comments and complaints that TVM had given him airtime to present a homophobic viewpoint. After this harsh backlash his audition tape was removed and Matthew has had to deal with all kinds of insults.

Fortunately he remains in the competition and his audition video is back online without the ‘offending’ interview. You can watch him sing ‘Feeling Good’ by Michael Buble in the video below. Be sure to like it and counter the dislikes from those who are discriminating against him due to his bold stand for what he believes.

People today don’t want to hear about sin and it seems that if you consider the LGBTQ lifestyle to be sinful, you are homophobic. Unfortunately Matthew did not have had time to provide some context to what he said. Perhaps he would have told the judges that sin is simply missing the mark (anything that separates us from God) and that being gay is only one of many sins – in fact it is just as bad as overeating which everybody is guilty of at some point!

In addition to the sin issue, Reparative Therapy has been the focus of some criticism against Matthew. This is counselling to help people to deal with unwanted same-sex attraction. The advertising or promotion of gay conversion was made illegal in Malta in 2016  and Matthew could have been seen to be breaking the law. However he was simply sharing his life experience. Fortunately Silvan Agius, a Member of Parliament for Malta publicly confirmed that he did not break any laws.

The world can legislate all they want on what is possible and what is impossible. However every Christian knows it’s possible for people to change. That is fundamental to the Christian experience. Matthew was once a secular artist singing a style of music that no longer represents him. He now sings inspirational songs that reflect how God has transformed his life.

It’s ironic that an ex-gay man who has been the brunt of homophobia throughout his formative years is now seen to be homophobic when that is not so. As a recent post on GOD TV says, “It seems that in all the colours of the LGBTQI rainbow there is no room for those who identify as ex-gay. In fact such people often bear the brunt of their condemnation and even ridicule.” (LGBTQIX – Could This Be The New Collective Term For All With Same Sex Attraction and Gender Identity Issues?) The suggestion is that an X is added for X-Gay to be really all inclusive!

In fact, Matthew has many gay friends including some in the competition who know that he is not against them. He is however entitled to his beliefs and has a right to share them without fear. He is extraordinarily bold. He knows that He has not been given a spirit of fear, but of love and of power and of a sound mind, as is reflected in his original composition below. (2 Timothy 1:7).

Matthew is part of River of Love Malta pastored by Gordon-John Manché. The church has also received its share of hostility. Pastor Gordon posted his support for Matthew on Facebook:  “Matthew Grech expressed THE TRUTH concerning what He believes which is straight in line with the Word of God and the teachings of Jesus Christ and the great Apostle Paul – also known as the father of the Maltese faith.

“Matthew has every God-given right to express his beliefs and especially about himself and even more so in this so-called supposedly democratic nation! You may choose not to agree with him, like many many don’t agree with you, but STOP your propaganda of lies and the continuation of the mention of CONVERSION THERAPY… FOR THE RECORD neither he nor I nor River of Love believe in Conversion Therapy but in being BORN AGAIN by the Spirit of the Living God.”

As Christians we must make a stand for what we believe or we will soon not be able to speak about our faith at all. Here are four simple things you can do to make a difference:

Let’s stand for freedom of speech

According to Lovin Malta, the country’s former finance minister Tonio Fenech has come out strongly in Matthew’s defence using the  phrase ‘Je Suis Matthew’, similar to the slogan used to defend free speech in the wake of Charlie Hebdo killings in France. In other words, ‘I am Matthew’… as are all of us who know God’s transformational power in one way or another.

“And such were some of you. But you were washed, you were sanctified, you were justified in the name of the Lord Jesus Christ and by the Spirit of our God.” (1 Corinthians 6:11)

“I want my story to inspire ex-gays around the world and to embolden believers,” says Matthew. “As for our country, it has been awesome to see Christians unite around this issue and I am grateful for all the support I’ve received.”

Watch Matthew sing Spirit of Power. The video features a painting that illustrates God’s ability to free us from our chains, whatever they may be.