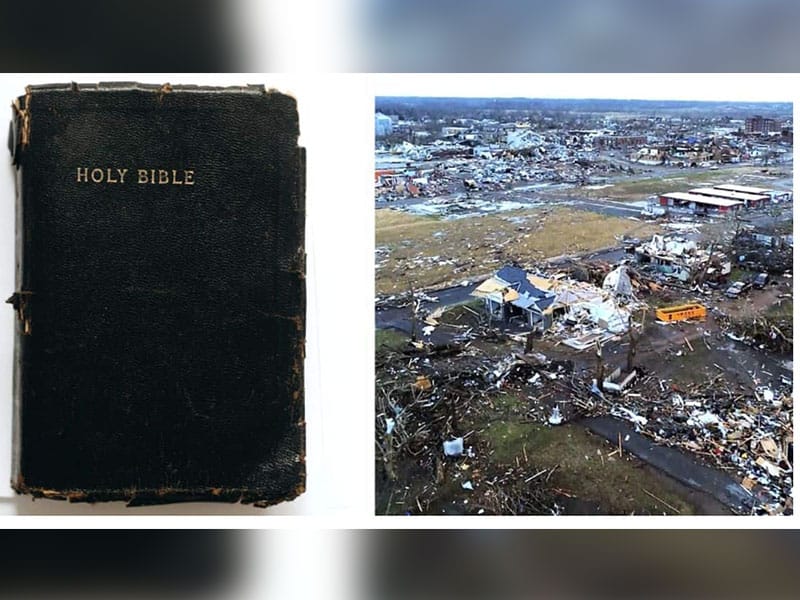 Man Found Bible Unharmed Amid Rubble After Tornadoes Wiped Out Everything

Tornadoes that recently hit Kentucky destroyed homes, buildings, and businesses and even took many lives. But amid the chaos, testimonies and miracles are also making headlines. One particular story is Tommy Jackson’s Bible that survived the storm.

Tommy Jackson lost everything when the twisters ravaged Mayfield, Kentucky. But despite his loss, he held on to his faith at this very challenging time.

Apparently, the 65-year-old saw how the twister hit and destroyed his home. He was inside his home when the tornado ripped his house apart. According to the report, he also lost his identification cards, money, and credit cards in the storm. On top of that, the tornadoes also brought down the bank where he gets his money. Hence, he doesn’t have access to any necessities.

Hopeful For Better Days Ahead

However, Tommy remained hopeful. Moreover, he found something precious after the storm—their family’s Bible. Seeing that treasure assured the 65-year-old of God’s sovereignty. 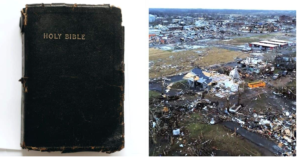 “The presence of the Lord was watching over me,” Tommy told the Associated Press.

He found the Bible still intact even after five tornadoes hit Mayfield. It reminded Tommy that God was with him. But what’s more surprising was what he found inside the Bible. He found his birth certificate, one very important document he could use to iron things out to get back on his feet in the coming days.

Tommy currently stays at his brother’s house for shelter. He is safe and sound, but unfortunately, the horrifying experience haunted him. According to his brother, he was shouting while sleeping. The incident traumatized him. But despite it, he says, I trust in the Lord.”

Let us continue praying for the tornado victims that hit the eight states. Let’s also help them in any way we can. 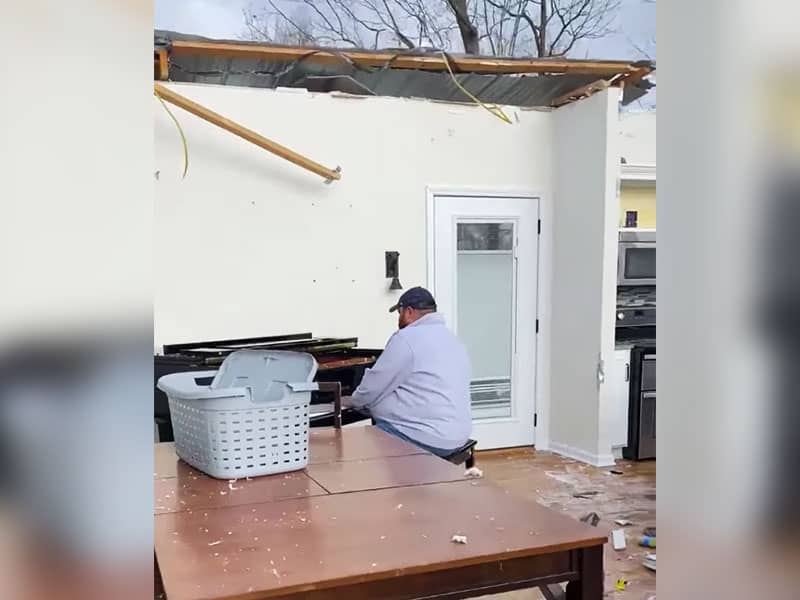 Amid the rubble, after violent tornadoes hit Kentucky, a Christian victim played praise music inside their destroyed home.

Over the weekend, a slew of tornados hit eight states across America. According to CNN, the catastrophe has taken the lives of at least 74 people and destroyed many homes and businesses. Among those homes was the house of the Baize family.

In a recent post that Whitney Brown shared on Facebook, she recorded a heartwarming moment amid the rubble of a destroyed home. 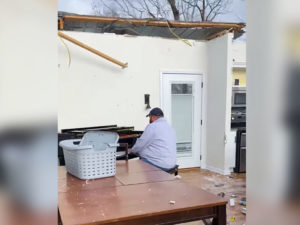 “I have been overwhelmed by the love my family has been shown today,” Whitney wrote. “My brother, Jordan, lost his home. But thankfully, he and his family made it out safely. I was standing in his bedroom packing anything I could salvage and I heard the most beautiful sound: music.”

Apparently, the family’s grand piano remained intact after the destructive tornadoes hit their home. It’s also one of the few pieces of furniture left unscathed by the destruction left in the wake of the storm. And while the family was packing anything they could still save, Jordan played worship music. Then her sister, Whitney, immediately recorded the heartwarming moment without her brother knowing. He played into the tune of Southern Gospel praise song written by Bill and Gloria Gaither, according to WFIE-TV.

“Jordan was sitting at his grand piano, playing the Gaither tune ‘There’s Something About the Name,’” Whitney continued. “Everything around him was broken. The piano had water damage, it had missing keys, and he didn’t know I was filming. But still he used his gift to glorify his God the best way he knew how.”

Finally, Whitney concluded in her post, “Enjoy his God given gift.”

After sharing it on Facebook, the post went viral and touched thousands. It has now over 46,000 likes or reactions, and more than 83,000 shares.

Watch Jordan play worship piano amid the rubble and be blessed!