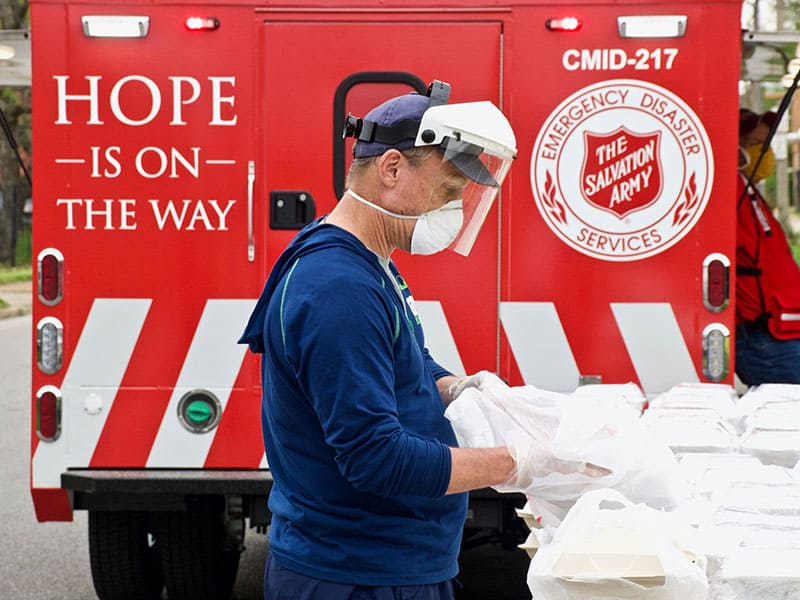 The Salvation Army, an international Christian charitable organization, is launching its annual holiday fundraising campaign early for the first time in 130 years to rescue millions amidst the global pandemic.

According to the Christian Post, The Salvation Army’s iconic Red Kettle fundraising significantly dropped by 50 percent while the demand for its social services increased by 155 percent. As a result, the organization is pushing the Christmas campaign earlier.

“The pandemic has brought about just incredible crises for families all across America. Many of the families we serve, some of them have lost their jobs. Some of them have been impacted and have had COVID in their own families. And when you lose income and you’re sick and you can’t afford basic necessities for your family like food, rent, utilities, it puts you at a crisis that you’ve never experienced before,” Dale Bannon, The Salvation Army’s national community relations and development secretary told CP on Tuesday.

“We have had waitresses, I think of one in Indiana … She said,‘I’m a single mom. I have two kids and I’ve been doing very well until I was laid off from my job.’ She said, ‘This is the first time I’ve had to ask for help and I just need food for my family.’ That story is amplified by the thousands, … millions that we’ve seen all across our country.” 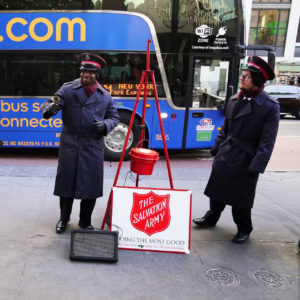 So far, The Salvation Army has already provided more than 100 million meals and 1.5 million nights of safe shelter to the less fortunate since March. Also, they have provided “emotional and spiritual support to over 800,000 people through 7,600 centers of operation across the country.”

However today, given the present circumstance, America’s largest social services organization is forced to get creative. Thus, they launched the “Help Rescue Christmas” earlier “as the pandemic threatens to give through the Red Kettle Campaign.” They are hoping that consumers will help them recover so they can help the 7 million people at-risk this Christmas.

So, on Sunday, the Christian organization released its “Help Rescue Christmas” campaign video.

“We’re anticipating just with the shortage of cash, there’s also less retail stores than there were last year. We’ve got to do something and do it early to communicate to the American public. Help us meet the needs of people this Christmas. Our Christmas assistance program provides food, we also provide toys for parents who are struggling between maybe paying the rent or keeping their lights on,” Dale said. 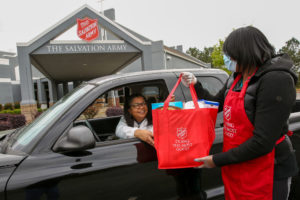 “It used to be you could come into our pantry and select items to help sustain your family for food. We immediately knew we couldn’t do that due to social distancing and we started doing drive-thru pantries where you just come with your car, put the food right in the trunk of your car. Then we started getting unique calls where people say, ‘I don’t have transportation but I still need food,’” he further explained.

“We had a donor of ours, many of our donors give us $25 a month. … We had a donor in New York, she was elderly. And we just asked how she was doing and she said, ‘You know, I don’t have any family near me. The governor tells me I really shouldn’t go outdoors and I don’t know how to order groceries online. Can The Salvation Army just bring me some food?’

“And then we move from drive-thru pantries to delivering boxes of food on people’s doorstep. We’ve had to be agile and adapt because the need has been so great. And that’s one thing that we’re concerned about as we move into Christmas, is that the pandemic is still impacting millions of families.”

The recent campaign is encouraging those who want to help to enlist in its Love’s Army. Members who enlist shall donate 25 dollars a month. Donors can give through the red kettles nationally, or through digital platforms like Apple Pay or Google Pay.

Also, donors can give by texting “KETTLES” to 91999 or through Amazon’s Alexa. By saying “Alexa, donate to The Salvation Army” then specifying the amount, the amount can be easily transferred.

“We’ve had parents say to us and grandparents, generations, say, ‘I first learned how to give to others through putting money in the red kettle. But at the same time we know that when people carry less cash we have to be more agile and flexible and provide more options to give so online options are critical.

“I think it’s more, not that the red kettle will go away, but expanding the red kettle so that we think not just in front of the store with a bell ringer, but that we can encourage giving in all platforms at all levels.” 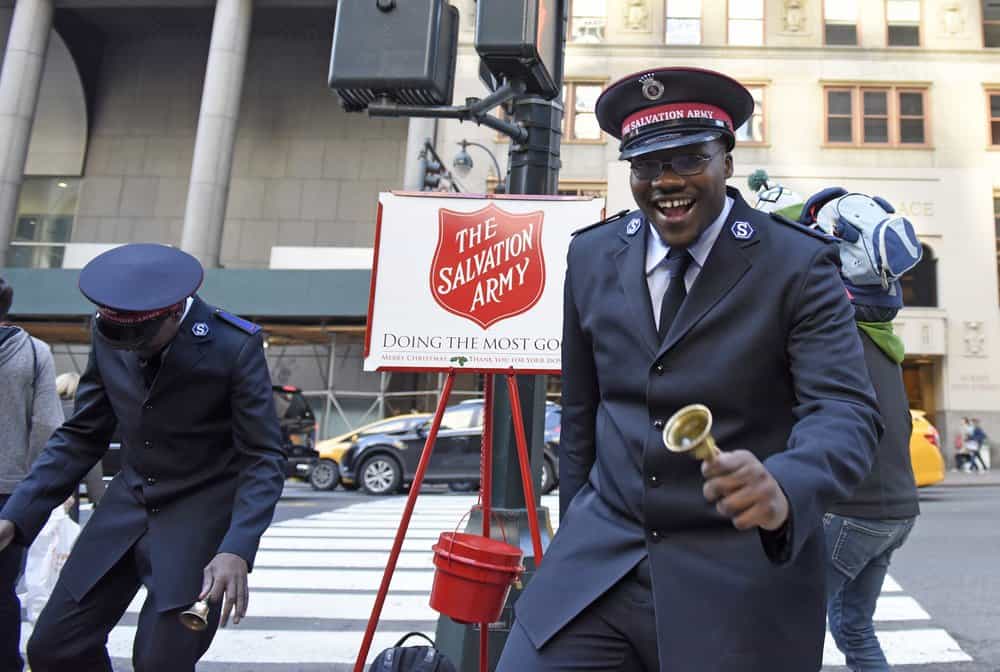