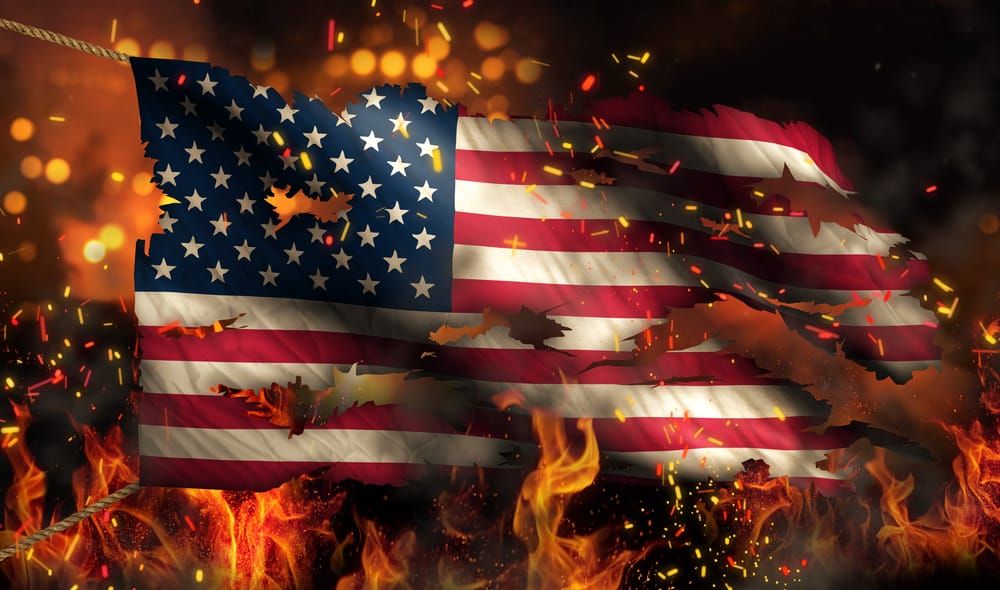 Could America Be Under a Curse?

Is America Under a Curse?

Hurricanes…. earthquakes…. floods…. fires…. we are now living in perilous days. Could it be that we have we opened the door and removed our nation’s protection? As so many of our friends are dealing with the after-effects of Hurricane Harvey, and now Hurricane Irma is heading toward FL, we must pray like never before. I truly believe that we must cry out and repent as a nation. Psalms 33:12, “Blessed is the nation whose God is the LORD, the people he chose for His inheritance.” America has been blessed in miraculous ways since we helped the nation be restored on May 14, 1948. Some will argue that Roe V. Wade in 1973 and even the radical over step of the SCOTUS to make same-sex marriage legal (June 22, 2016, Obergefell v. Hodges) is proof that America is a lost nation. These rulings are in direct contempt of God’s Word.

Nevertheless, I believe that America will always be protected as long as they do one thing…. stand with Israel. The last White House administration sided with the UN against the Nation of Israel. I knew on that day that they had opened the flood gates of destruction upon America. This betrayal of the Holy Land was a major mistake. Our hope was that with the new administration, we as a nation would wake-up to this terrible mistake. This week I was on a phone call with many Christian leaders for POTUS Shield. One of the contributors on the call was a leader from Washington DC who works for the security and promotion of Israel. He shared some startling statistics. After the call I began to research some of his information. He shared that much calamity has come to America when we have been on the wrong side of Israel in recent past. I found some of this info on Info Wars –  The fact is that our President has promised to move the US embassy from Tel Aviv to Jerusalem. Our prayer is that he does just that.

Our prayer is that our POTUS will surround himself with Godly and righteous leaders whom understand that we must bless and not try to divide Israel. Recently, we do know that President Trump’s son-in-law, Jared Kushner, has been working behind the scenes to broker a peace deal. The question is whether this is in Israel’s favor.  Our hope is that America is once again on the side of Israel. If not then we are in deeper trouble. It was Christians who helped elect the agenda of President Trump. His stand for the unborn and the nation of Israel was selling points for many. I believe that he must do what he has promised. The Kingdom of God, the church and the righteous must arise and make their voices known like never before. Now I am sure there will be some who attack this post. They obviously do not understand that we must remember the scripture from Genesis 12:3, in which God states, “He will bless those that bless Israel.”

There are many ways to bless God’s Holy nation.

We are instructed to pray for the peace of Jerusalem, “Pray for the peace of Jerusalem: “May they prosper who love you.”’ – Psalm 122:6. Those that pray for Jerusalem will prosper. Educate your church by encouraging prayer for Israel, deliver teachings on Israel, and create support groups. Display the Israel flag at your home, church, or ministry as a sign of support and love. Do not support political legislation that divides Jerusalem or Israel. Division of God’s land is forbidden in Joel 3:2.

Karen and I believe that it is time for the Remnant to arise and stand for truth like never before. Let us pray for Israel! The Jewish people are a great and holy nation that we should bless and be grateful for. Blessing Abraham and his descendants honors the God of Abraham, Isaac, and Jacob – the very Lord whom Christians claim as their God and Father of Jesus Christ. God told Abraham that all nations would be blessed because of Israel. And all have been blessed with the opportunity for eternal life that was given by the King of the Jews, Jesus Christ. It is written, “You worship what you do not know, we worship what we know, for salvation is from the Jews” John 4:22. As we have seen in recent days there is much discussion taking place behind the scenes once again of a Palestinian State being created, and for Israel to relinquish some of its land. This will never take place! God will not allow the land to be divided.

My heart was stirred when our President declared a national day of prayer on Sunday, Sept. 3, 2017 for the victims of Hurricane Harvey …. Could it be that we should also join the international day of prayer for the Peace of Jerusalem? It is held on the first Sunday of every October. Our friends at Eagle Wings have info that can be found here.  Let us pray, repent and line up with God’s Word. God is not done with our nation. God has used our nation to send missionaries to the world, help the hurting and welcome those with no homeland. As missionaries to this great nation we believe that now, more than ever, we must contend for a Holy Spirit revival.

We must rebuild the altar! Jehovah Nissi יְהוָה נִסִּי is our standard!