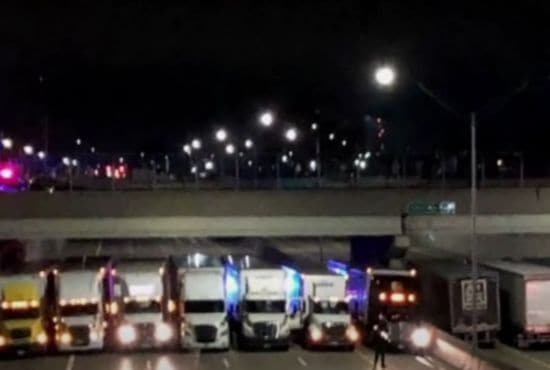 Thirteen semi-truck drivers joined forces with the police to save a suicidal man from jumping off a bridge by forming a barricade below it.

On the early morning of June 7, a man was reported to be trying to take his own life on an overpass in Detroit. The Michigan State Police received a phone call of the report and immediately located the suicidal man. They found him on an overpass on Interstate 696. Apparently, the man was struggling with a family issue that led him to this hopeless decision.

The police were able to come up with a creative plan to save his life. They asked for help from several semi-trucks in the area.

“We always want to make sure that people realize there are so many other options,” Lt. Michael Shaw said. 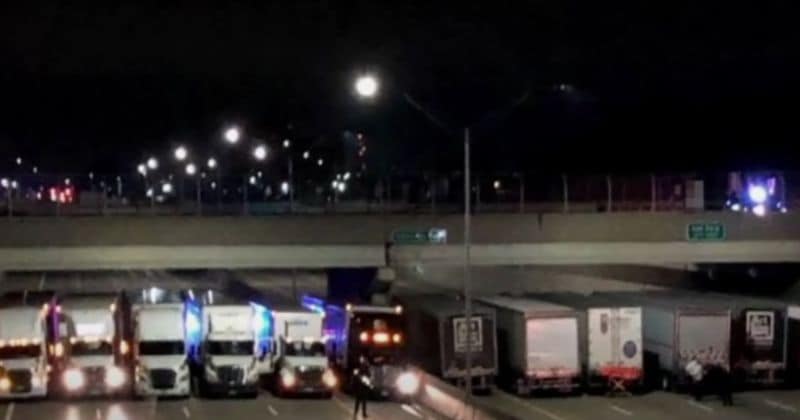 After calling some truck drivers on the highway, they arranged them underneath the overpass to create a safety barricade in case the man jump off. They also tried to talk to him to calm him down.

“They start to grab semi drivers and troopers standing there were able to line these semi-trucks underneath that overpass. So it’s kind of like a safety net to make sure if he moved anywhere on that overpass, there was a semi there.”

The truck drivers also wanted to tell the man that they were there for him in his moment of need. The highway was blocked by the semi-trucks for that brief moment just to save the precious life of the man. After 4-hours of talking to him with those trucks lined below them, they were able to get him off of the bridge, they were able to save his life.