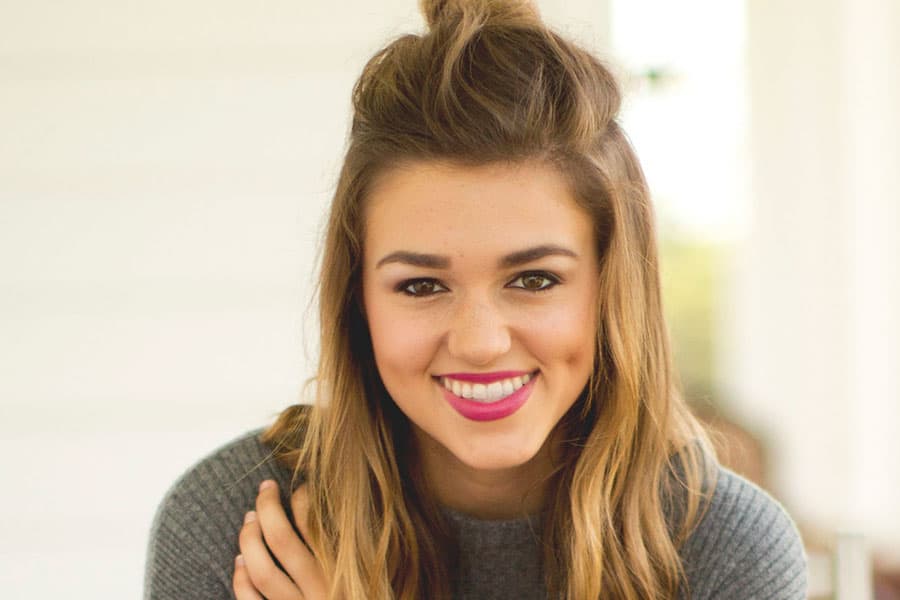 Duck Dynasty’s Sadie Robertson, “5 Seconds of Awkward Can Save You From a Lifetime of Regret”

Sadie Robertson is no average “reality show star.”  Through her “Live Original” tour and social media platforms, the teen is on a mission address and dispute many issues that young adults are facing every day like body image issues, anxiety, depression, social media bullies and more.

Sadie is hoping to teach young people how to be unapologetic about being themselves by resting in your God-given identity and who He has called them to be.

In her latest YouTube video, the young starlet offers her fans a critical life lesson that can help them to live without regret. We all know that there are exhausting pressures facing teens and young adults today. With so much pressure to be popular and “liked” online, it’s no wonder that bullying and suicide attempts are higher than ever. High school is the new lion’s den.

Sadie’s got the perfect tool to combat pressures:

“Five seconds of awkward can save you from a lifetime of regret,”

“Five seconds of awkward can save you from a lifetime of regret,” says Sadie. She gives credit to her “older and wiser” cousin who taught her the rule when she was deciding if she should date someone or not. The heart behind the saying comes from those awkward moments of rejecting someone even when it’s the right thing to do. Teens have such a hard time getting over this feeling that sometimes they are pressured into things they would never have usually done before. Sadie is offering a good way to get out: take on the awkward for five seconds and your life could be saved!

Way to go, Sadie! Keep being a light!