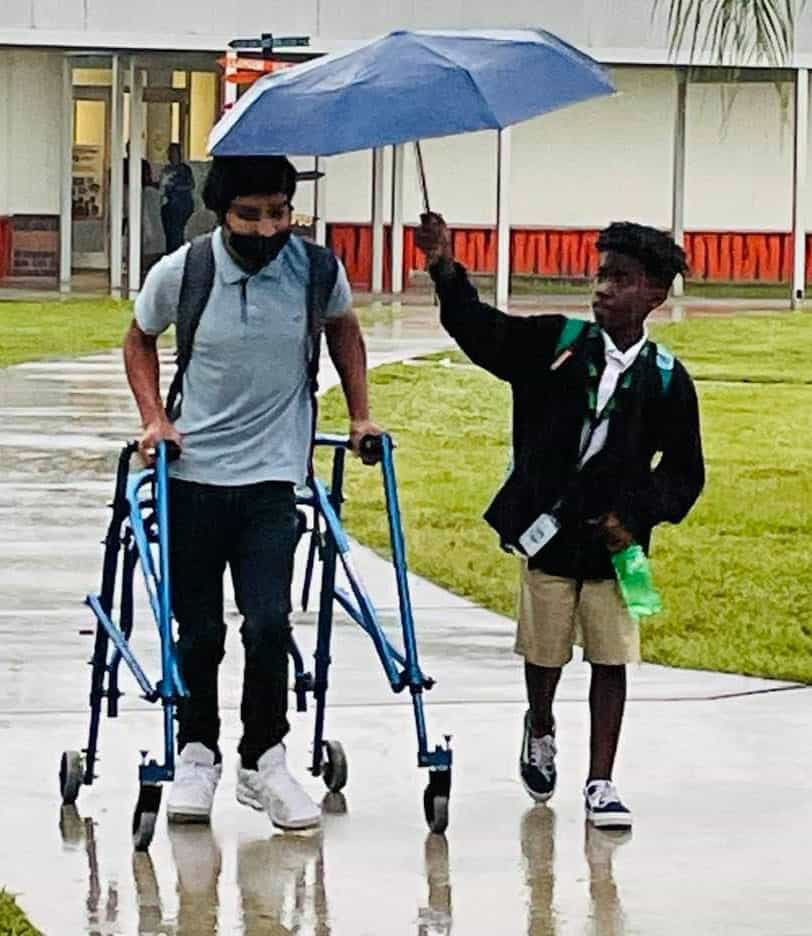 Two middle schoolers have captured the hearts of many when they shared an umbrella on a rainy day.

A photo featuring two middle schoolers is going viral because they shared a special moment that is truly heartwarming to see. Lamar displayed a great act of kindness towards his fellow classmate, Jerry, in Clewiston, Florida.

Jerry Hernandez has cerebral palsy, which caused him to have difficulty walking. Hence, Jerry walks with a walker, even at school. Rainy days are more difficult for him because he needs his hands to manuver his walker. 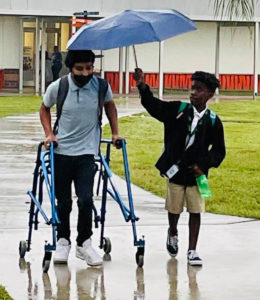 One rainy day, while Jerry was walking in the downpour, another student, Lamar, came to help. He walked up to him and didn’t hesitate to share his umbrella with him. Shortly after, the school principal witnessed the touching moment.

Jerry’s mom has always been worried about kids bullying his son at school, but seeing the photo relieved her.

Jerry and Lamar’s picture has gone viral. The young boy displayed such great love and acceptance towards a fellow student through his simple act of kindness.  Lamar sets the example of how we should always be loving towards others, just as Christ loved each one of us.

“So God created man in His own image, in the image of God He created him; male and female He created them.” -Genesis 1:27