BREAKING
Catch a Ride on a Shared Scooter—“Micro-mobility” Coming to Tel Aviv Next...
Israel Military to Conduct First-ever Simulated Strike on Iran
‘Injury to the Heart of Iran’: Details on the Life and Death...
STAND WITH UKRAINE
Home Tags Posts tagged with "Seattle"
Tag: 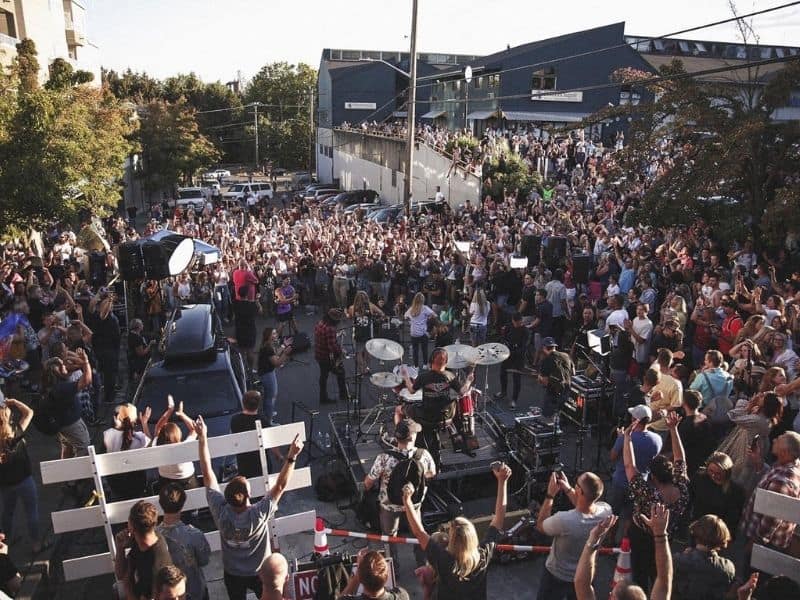 Christians in Seattle rallied in the streets after the city officials blocked their venue in the park for a worship event. The city’s attempt did not stop them to gather in prayer and worship.

Seattle’s Park and Recreation closed the Seattle’s Gas Works Park on September 7.  They claimed that it was intended to prevent “anticipated crowding that could impact public health of residents”. Though they did not explain the reason for the closure, Sean Feucht, leader of the worship rally, denounced the statement. 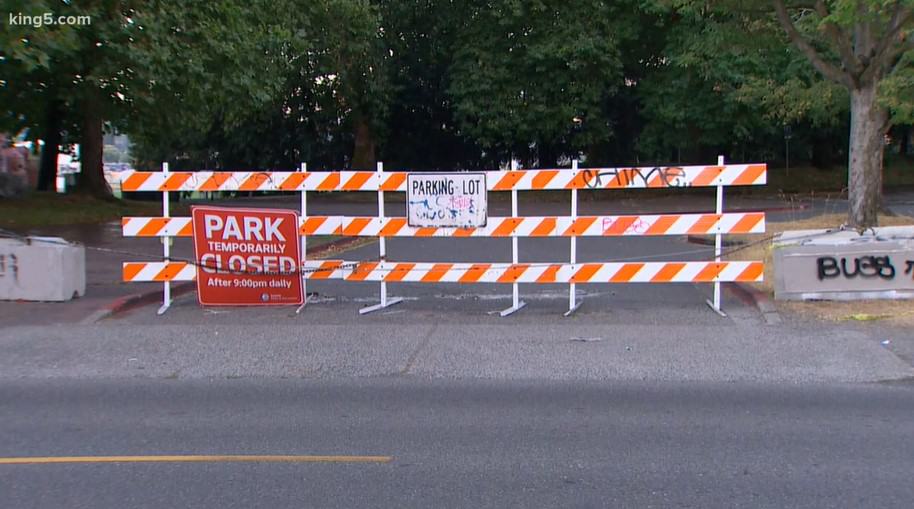 Sean told Fox News, “There’s just a bias. You know, it’s the height of hypocrisy right now that they’re letting these cities, you know, succumb to rioting and burning and pillaging. And yet they’re targeting Christians.”

The ‘Hold the Line’ founder referenced to the ongoing protests and riots still happening in the area. Seattle Times just reported 200 people marching in protest that broke out in chaos on Labor Day.

Sean said in a statement, “America was founded on the freedom to worship. Politicians can write press releases. They can make threats They can shut down parks.”

He continued, “They can put up fences. But they can’t stop the Church of Christ from worshipping the One True God! We’re here as citizens of America and citizens of the Kingdom of God. And we won’t be silenced!”

Consequently, the worship event turned into a “worship protest”. Sean joked of calling the event a “Worship Protest for legal reasons”.

See ya in the streets next to GasWorks Park!

Already so many people here next to this bulldozer. Tonight could get a little wild ????????????????#LetUsWorship pic.twitter.com/VvqmAh3VyS

Nonetheless, “for where two or three gathered in His name, there He is with us.” Indeed, God still moved in the midst of the Seattle Christians. Sean told CBN News that the Worship Protest was powerful and “God lit the place up with miracles, baptisms, salvations, racial reconciliation (with the police!) and HOPE!!” 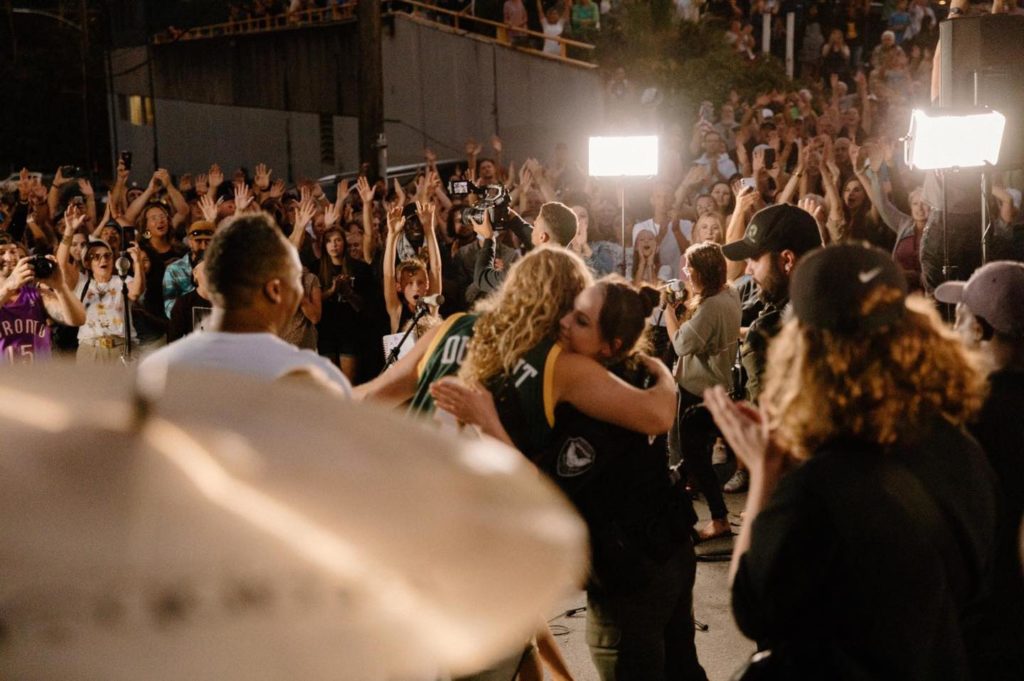 He added, “The Lord called me to declare that this is a new Jesus people movement. And that the restrictions imposed by politicians are only making the church stronger.” 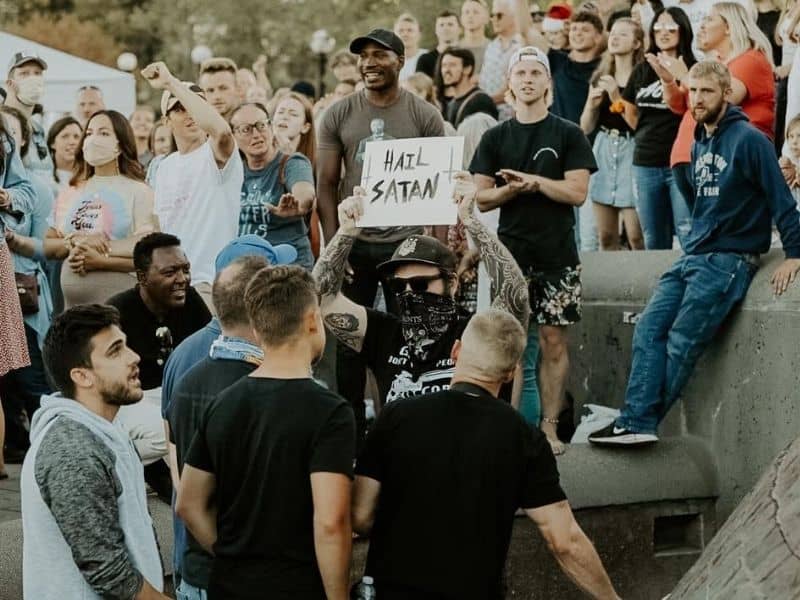 Satanist Turns To Jesus After Attending Worship Event In Seattle

A pastor in Seattle told how a satanist turned to Jesus and got born again after attending the Let Us Worship movement in Seattle.

Satanist to believer in Christ

Sean Feucht, leader of the Let Us Worship movement, shared a screenshot of a text message in his social media account. Apparently, it was from a local pastor in Seattle. It revealed a conversion testimony of a satanist, now a believer of Christ. It read, “A satanist in Seattle got born again on Sun after coming to the event. Pastor Nathan from Seattle just confirmed it to me. Jesus loves Satanists.”

Sean expressed his awe and excitement in the caption. He wrote, “Testimonies keep pouring in!!! It’s not about our names, our brands, our cool music but it’s about this… SOULS!! He’s moving across America!!”

The Let Us Worship rally has been making news for its radical move in standing up against California’s “double standards” of restrictions for churches. It is remembered that Governor Gavin Newsom issued an order of “discontinuing singing and chanting” in places of worship. However, the state has also encouraged protesters in the streets, rallying against racial discrimination and police brutality.

With that in mind, Sean Feucht and his team have gone all over cities in California hosting worship services to go against the ban. Recently, they expanded their tour across the states of America. And just last Sunday, they held a worship gathering at Cal Anderson Park in Seattle. 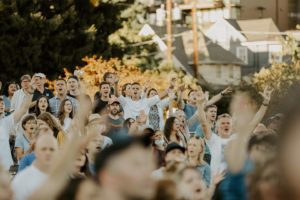 What started as a protest demonstration turned into revival gatherings. Sean has seen salvations, spontaneous baptisms, reconciliation, and miracles happening during the events. And in all of the cities they have gone to, God has poured out His goodness and love.

A video clip showed how a bystander was moved with the atmosphere change in Seattle. Watch it below. 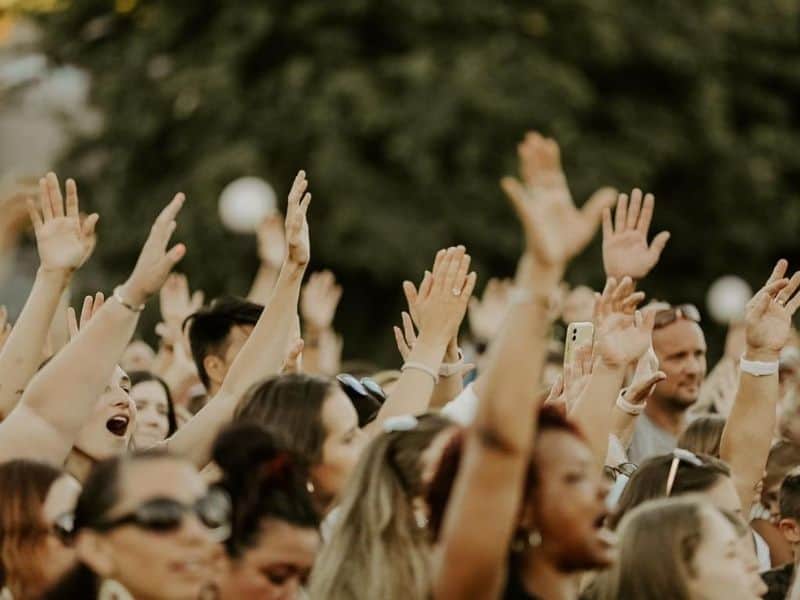 The worshippers in Seattle were not intimidated during the “Let Us Worship” rally when knife-wielding protesters appeared at the event.

Sean Feucht has led the rally across cities in the United States. It started as a protest demonstration against California’s ban on church singing. But the movement has gone from peaceful protests to revival services. 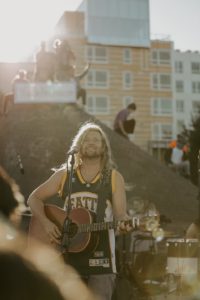 The worship events have touched many attendees. And God has marked them with miracles, healings, salvations, and baptisms. However, in their last stop-over in Seattle, Sean called it their largest and most extraordinary yet.

“The worshippers in Seattle are the most courageous and bold in America!!!! THEY WIN AFTER TONIGHT!!!” Sean posted. “It was absolute bonkers in many ways.” 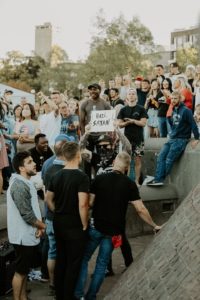 Captured during the worship event in Seattle

“Violent protestors showed up flashing knives! We had an entire satanic cult march through the worshippers the entire time yelling ‘Hail Satan!’ We had white Antifa yelling & threatening black local pastors! They yelled obscenities and cursed at my wife and kids all night long!” he said.

The worship leader revealed that he had to station 30 bodyguards around him to keep the protesters from disrupting the band. The protesters would try to storm and tackle the band. Eventually, they were able to break the drums, guitar pedals, and generator.

Despite all of the attempts, Sean saw salvations, healing miracles, and baptisms. “It was on another level!” he wrote. “Yet through it all…SEATTLE NEVER STOPPED SINGING!!!” Feucht said. “THE CHURCH REFUSED TO BE INTIMIDATED AND GOD KEPT POURING OUT!”

Additionally, Sean shared one video recorded by a protester. “The more I yell at them, the more fun they have. The more fun they f***in’ have dude. This sh** it ridiculous,” a man said.

Ultimately, Sean declared, “The time for courageous Christianity is here. No more backing down and fleeing for the suburbs. Jesus is coming for the hardest parts of our cities and He’s jealous for praise, love & salvation to fill the streets.”