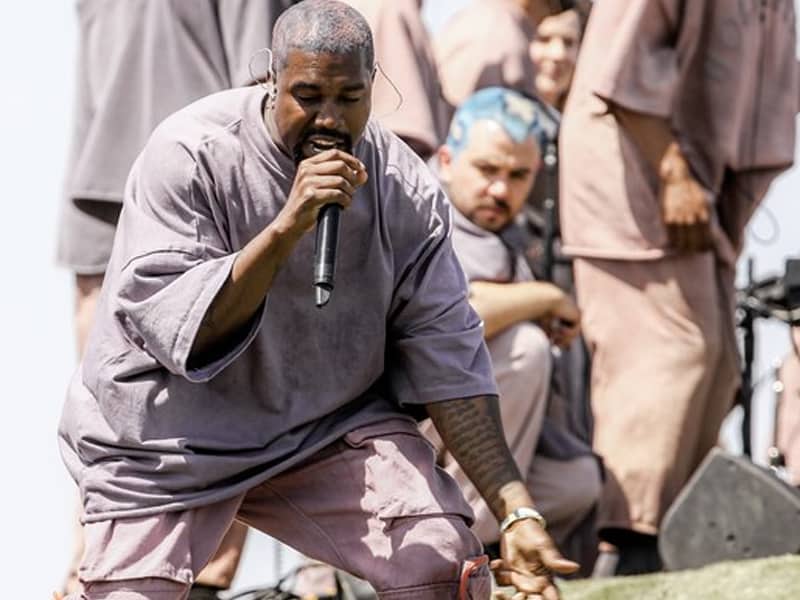 According to a music promoter, Kanye West announced that he is quitting secular music and will only make Gospel music. The announcement followed after a sneak peek of his new album “Jesus Is King”

On September 29, Kanye announced that he is quitting secular music and would only make Gospel music. It happened at a listening party in Chicago for his new album “Jesus is King: A Kanye West Experience”.

“Kanye also announced that he is no longer making secular music,” said Andrew Barber, owner of music media company Fake Shore Drive. “Only Gospel from here on out.”

Kanye also announced that he is no longer making secular music. Only Gospel from here on out.

No video has yet posted online of his announcement but Andrew happened to be in the room during the announcement.

Another listening party took place after a Sunday Service in a New York church where Kanye played some of the tracks and the movie.

The album has been delayed for over a year now and on September 28, Kim posted a teaser of the tracklist on her Twitter. The much-awaited album still has no definite released date yet.

Since the success of his song “Jesus Walks” in 2004, Kanye has always been open about his faith.

Earlier this year, Kanye was reported to have reaffirmed his faith in Christ publicly. He is now more vocal and bold about his faith than ever.