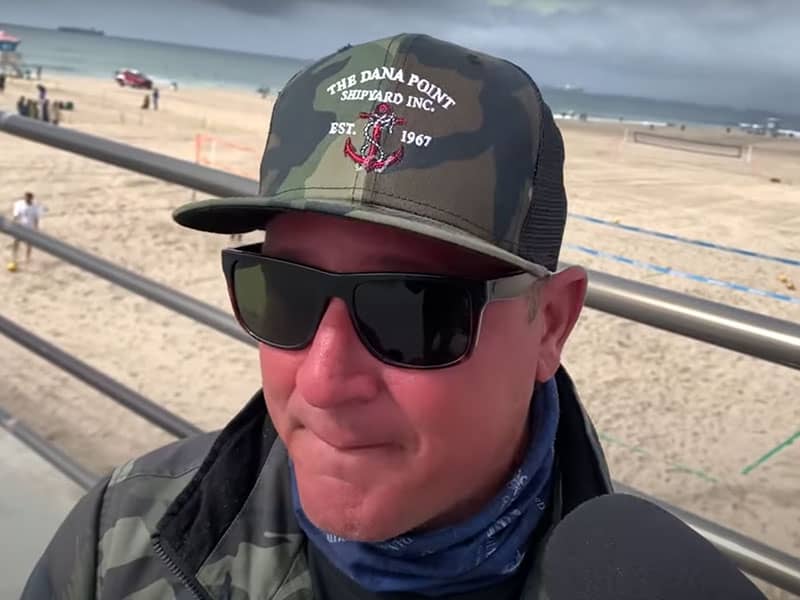 A man who has been seeking Jesus meets Christian evangelist Ray Comfort. Ray shares the Gospel with him, and then Holy Spirit touched this man and brought him to tears.

Ray Comfort is the Christian evangelist known for sharing the Gospel with his dog, Sam, in a bike ride. Apparently, he uses his dog to disarm strangers so he could meet and interview them for his videos. 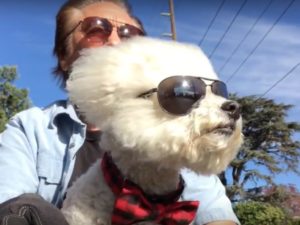 “One major reason our channel is so popular,” he explained, “is that most of the interviews we post ask people what they think happens after we die. Everybody thinks about that. We discuss things most people don’t normally talk about how fearful it is to die and if they think there’s an answer to the issue of death. My dog is an effective icebreaker into such personal issues.”

And on one occasion in Huntington Beach, California, God led him to a man who was already seeking Jesus earlier that day.

“Do you think there’s an after-life?” Ray asked him. The man responded “yes” and shared how a friend who was stabbed saw God’s light.

When Ray further asked about sin, he admitted his sins and acknowledged he deserved to go to hell for it. Then the evangelist started to share what Jesus did on the cross to save people from their sins. That’s when the man told Ray, “I’m learning something here and I feel Jesus put You on my way.”

Ray straightaway led him towards Jesus being the only way, the truth, and the life. And the Living Waters founder pointed out how Jesus said, “It is finished” in John 19:30. He introduced the love of God to him and invited him if he was willing to accept Jesus in his heart. Ray then led him to pray for salvation.

But surprisingly, in the end, the man shared he was having a hard time in his life. He was talking to Jesus and then he met Ray.

The Holy Spirit touched the man, and he was brought to tears.

He's Been Seeking Jesus...Then Cries After This Happens