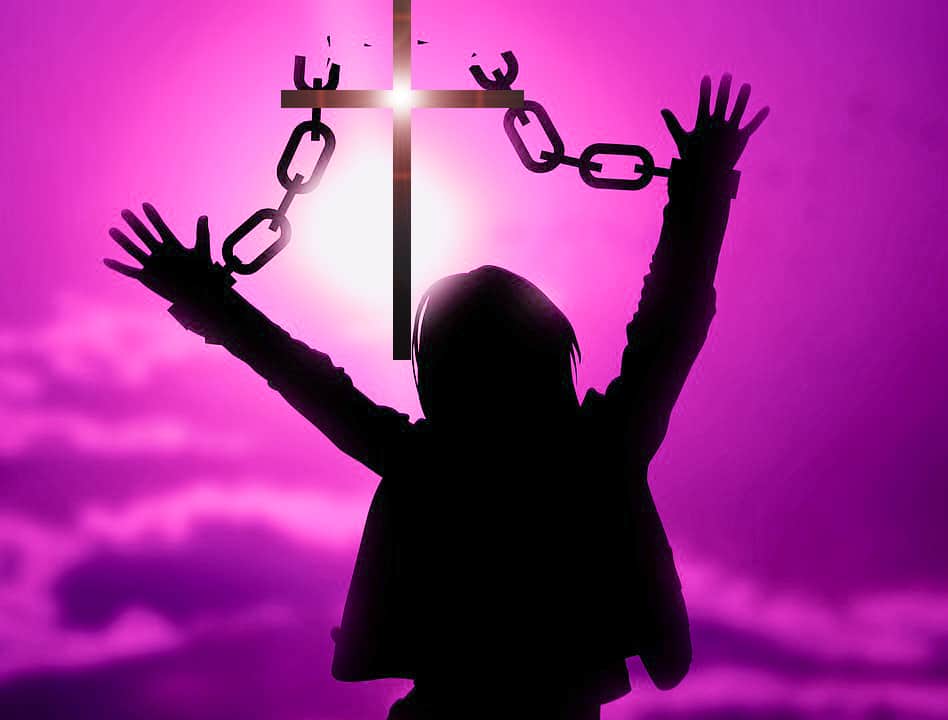 After many years – over 26 to be exact, I finally find myself ready to share my testimony in more detail. I do so only in an effort to glorify God and His Son the Lord Jesus Christ and to encourage others.

My journey into Scientology

I can’t remember a time when I didn’t hear the word ‘Scientology’ or the name ‘L Ron Hubbard’. Our home received regular ‘junk’ mailings from their UK headquarters at Saint Hill Manor in West Sussex England.

There were no churchgoers in my family with the exception of my dear late grandmother. As a young girl growing up in war-torn Northern Ireland, my days were by-and-large submerged in competing in sport, playing with friends and going to school. However, I always kinda knew that there was more to me than just flesh and bone – there was a spiritual awareness built within me.

I was almost 18-years-old when I picked up my first L Ron Hubbard book – ‘Self Analysis’ (SA). It was different from any other self-help book I had read. There were exercises in the book to help you re-experience good and bad moments in your life. It was like a box of chocolates. Once you taste one that’s your starter for ten! And, of course, curiosity killed the cat…

Indeed, my curiosity became my addiction. The power of the written word? Well, L Ron Hubbard started out as a science fiction writer and he had that for sure. Self Analysis taught basic things like the Tone Scale and the Hubbard Chart of Human Evaluation. Although the processes are described as ‘light’, they eventually led to darkness. However, at the time they were mind-gripping enough to help me feel a lot better, for a season.

I spent all day launching into the processes, sometimes skipping sections to get ahead. Each day I felt lighter, happier and stable. I was experiencing my ‘eureka’ moment, I was at the helm of my life and Mr Hubbard was now my anchor!

I started asking questions and discovered a L Ron Hubbard group was starting in Antrim. Dianetics: A Modern Science of Mental Health was the ‘forerunner’ to Scientology. It prescribed similar processes to what I had been experiencing with Self Analysis, but more intense. It required an auditor to ‘guide’ you’, the patient or pre-clear as you are known as, through different life experiences.

The group was to be hosted by a Scientologist called Paddy*, who was classed as a ‘clear.’ I had already been grabbing all the magazines that came through our door and reading them. I had a very clear vision myself. I wanted to become a trusted Sea Org Member someday (Hubbard’s inner circle) and was prepared to sacrifice everything. Little did I know then that it would cost me everything not just physically but spiritually as well. 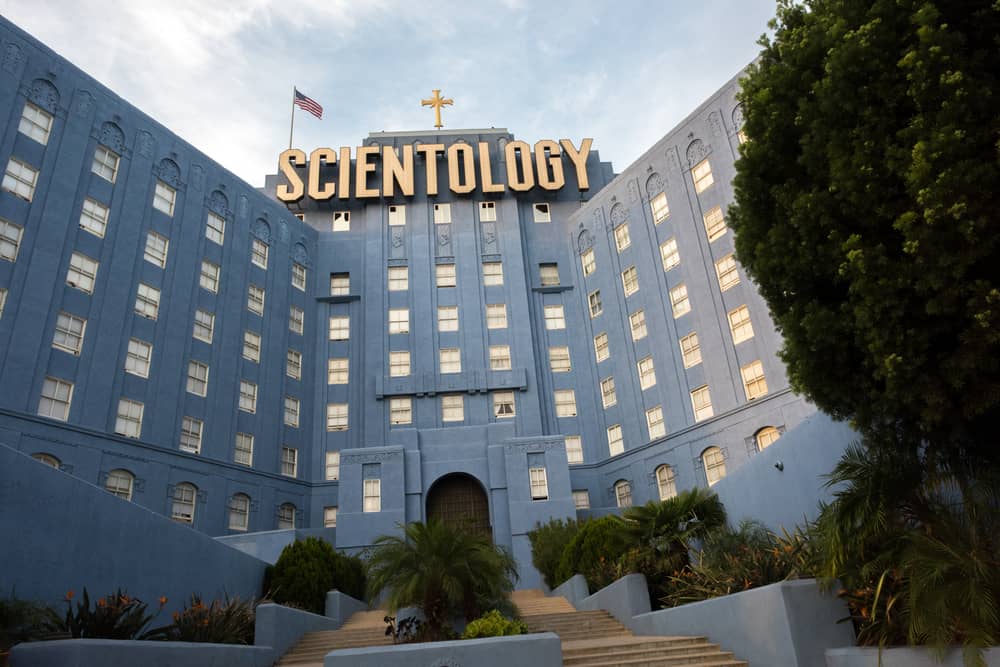 I had to leave for my sanity’s sake

They say you can’t cure stupid and they are so right! I was chosen from the group to go over to St Hill and train-up to eventually head-up the Irish Scientology Church. However, it was nothing short of a disaster.

Punishment was masked as ‘being sent to ethics.’ Chits were distributed like confetti and everyone thought they were in authority. The dream soon turned into a nightmare. Within 9 months I was back in Ireland, an emotional shell-shocked fragment.

However, my desire to join the Sea Org,  never waned. My addiction stuck. I continued to practice as a Dianetic Field Auditor for over 10 years. My first marriage was falling apart. My young children and I were suffering and it was time to leave.

At around the same time, a Scientologist from St Hill wrote to me. I didn’t know it then but it was a generic letter however, I thought it was personal. Vulnerable because of my circumstances I replied. I got talking to the man who listened to what I said of my experiences the first time. He reassured me that everything had changed. “They had problems back then…”

For we wrestle not against flesh and blood.

Three months later I had packed up my belongings and moved to England with my children. This time I was determined to make it work no matter what. It’s interesting to me that the human mind will convince itself of almost anything. When I returned to St Hill everything was supposedly different.

It now felt like a sanctuary to me. More organized. I made many new friends and believe it or not they were just like me – looking for the truth, and for freedom from their wretched life. However, Scientology only presented a veneer of the truth.

I joined the staff part-time but was still determined to join Hubbard’s inner circle. However, it would require a great sacrifice.

It was 1992 and I was the PCS (Public Contact Secretary) for the St Hill Foundation Org. I had been one of the fastest through the initiation program (EPF), to become a member of the Sea Org. The EPF (Estates Project Force) was intense. A menu of physical hard labor, drills and studying. Food was scarce Most took months or years to complete it – I completed it in 7-and-a-half days.

The details of my time there are too painful to even write about and I don’t believe that they would serve any real purpose other than depressing the reader. Therefore, I will skip the details and move onto the reason why I’m writing this.

Now I don’t know what you have heard about the ‘Church’ of Scientology… Some of it will be true, and some inaccurate. Claims of beatings and forced abortions I can honestly say I didn’t witness. However, that is not to say that the persons who claim these things are not telling the truth. I have no reason to disbelieve them just as I have no reason to believe it either. I can only go on my personal experience. It is sufficient to say I had to leave for my sanity’s sake.

My journey out of Scientology

One night while in my bed I was looking through a skylight where I lay. I watched the stars twinkle and the moon was very bright. I had been separated from my children for months. They were now back in Ireland with my parents, but I missed them and regular life so much.

I felt that I was in prison. Punished on a daily basis for being human. I had no way out, leaving would mean I would be ostracized from my peers. Suddenly within my spirit, I called out, “If there is a God up there, please help me. Help me to escape this terrible place. Just help me please”

I cried into my pillow careful not to let anyone else hear or see me. The next day I decided it was time to go. I was not wearing a uniform as it was my day off. I ordered a taxi that I couldn’t pay for. I spoke to the taxi company and told them I needed to get to the airport.

The manager somehow sensed I was desperate. He agreed to take me to the airport so long as my father paid him later. I got to the airport ready to board a plane I had no ticket for. I rang my mum and dad explaining what was happening. They arranged with a friend to get me a standby boarding pass. After waiting several hours in fear that I would have been followed, I boarded the last flight to Belfast.

A couple of months later, emotionally and spiritually drained, I was miraculously saved in my late grandmother’s bedroom in February 1993 after picking up the Bible and reading the Word of God a couple of weeks before. I had asked God then to reveal Himself to me. Of course, He didn’t then! He chose the moment when I could receive the reveal.

All I can say is thank goodness God had other plans for me. I had a very supernatural encounter and by the end of my experience, I knew Jesus was a real person and He had died for me. He had been the one who had miraculously rescued me from the ‘church’ and planted me into the Kingdom of God.

Barry Smith was the first evangelist with the End-Times preaching that I really loved. It opened up God’s Word in a whole new way for me. Shortly after my experience at home, I went to Dublin on a 3-day conference in November 1993. It was there I officially professed before man, that I had accepted Jesus as my Lord and Savior.

It was at that same meeting that I met my ‘spiritual mom’,  Jean Galway. At a later conference, Barry prayed over me and broke the ungodly soul ties to the cult of Scientology and to false doctrine. That was one of the most important moments for me following salvation. Words stick – falsehoods or truth and I had a lot of garbage!

Jean had been with Barry on his prayer team in NZ for several years and had moved back to NI. She was a very wise mentor and council for many years to me. I often referred to her as my gift from God as she really helped me relearn everything. Embedding the Word of God within me was a priority then and still is today.

God promised me then that He would save my entire family. This came to pass, first my two daughters, then my father in the last six weeks of his life (he had been an atheist), then my dearest mom who lived long enough to experience true Christian fellowship. Up until then, the only person who had been a Christian was my dear Grandmother…if only I had listened to her words way back when…

*Names have been changed

Photo: Shutterstock – Church of Scientology building in Los Angeles. Scientology is a religion that was created in 1954 by science fiction author L. Ron Hubbard. – Image