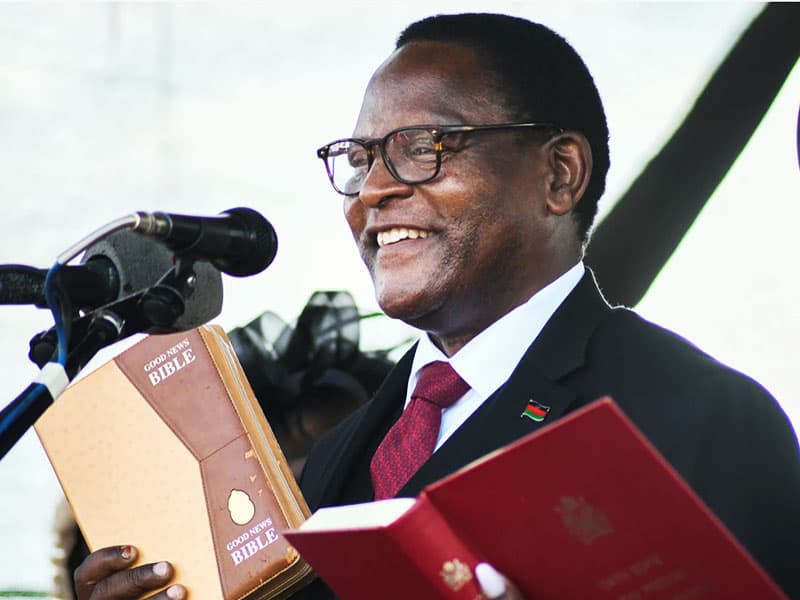 New President Of Malawi Is A Christian: ‘A Government That Serves, Not Rules’

A new president is leading the nation of Malawi in the middle of a global pandemic. He is a Christian theologian who desires to lead in a righteous way.

Despite the current challenges Malawi is facing because of the pandemic, the citizens are hopeful of Lazarus Chakwera’s leadership.

The new Malawi President shared this during his inauguration speech:

Before Lazarus entered politics as the Malawi Congress Party leader in 2013, he served as a pastor. For more than 20 years, he led an Assemblies of God church—one of the country’s largest denominations.

He won 58 percent of the vote last month. It was the first time in Africa that a court-overturned vote.

Politics As A Divine Calling

The new Malawi President described his position as a divine calling. He said, “God spoke to my heart…. He said, ‘I am not pulling you out of ministry. Instead, I am extending your ministry. I want you to get into politics.’”

In Lazarus’ term, he plans to target corruption, nepotism, and injustice in the nation. Also, he wants to “work for economic progress that allows everyone to prosper.”

The Secretary-General of the Malawian Assemblies of God, Matilda Matabwa commended the newly elected president.

“Christians dream for a better country and improved leadership,” she said. “We expect to see and experience the birth of a new nation, and are excited to have a highly respected man of God as the head of state.”

Another faith leader, Edward Munene, head of the International Christian Center in Mombasa spoke highly of him. He described Lazarus as a “focused, wise, eloquent, and godly man.” He then added, “I believe he will lead this nation as a leader of integrity, leading with wisdom and the humility to take Malawi forward.”

The 65-year-old leader graduated from Trinity Evangelical Divinity School and had trained with Haggai International Ministry. Moreover, he worked with the Billy Graham Evangelistic Association. Franklin Graham even congratulated him on Twitter.

According to Christianity Today, Lazarus also served as chair at the “Pan African Theological Seminary and the Assemblies of God School of Theology.”