A husband confesses his affair and sexual addiction to his wife. And instead of condemning his sin, the Holy Spirit prompts his wife to embrace him. So she did.

Michele and Mitch professed themselves to be Christians. But soon, they would discover how they hadn’t entirely given their lives to Christ. Their marriage was challenged as Michele discovered her husband was watching pornography. But when she caught him, the wife thought it wasn’t a big deal as she thought some men would typically struggle with it. So, she talked it out with him and simply monitored Mitch’s addiction. 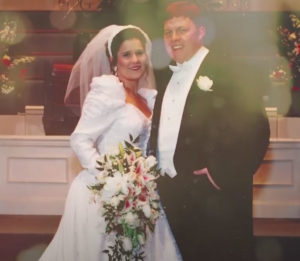 Soon, Mitch discovered it wasn’t a severe condition, and he didn’t have an STD. However, that stirred him to confess to Michele his affair.

“One way I describe is it’s as if God reached down and kind of grab me by the neck and said, ‘I’ve had enough,’” he said.

Finally, Mitch confessed everything to his wife, sobbing with a repentant heart. But before he did that, he wasn’t prepared for Michele’s response. He expected her to ask him to leave.

Michele’s heart sank when he heard her husband’s confession. But amidst their conversation, she felt the Holy Spirit taking over her. And instead of getting mad and condemning Mitch’s sin, she hugged him.

“I just began to embrace him and to love on him,” the wife recalled in tears. “And to tell him that I would be there for him. And it’s a picture of what Jesus did for me.”

Watch how God strengthened their marriage and drew them closer to Him.