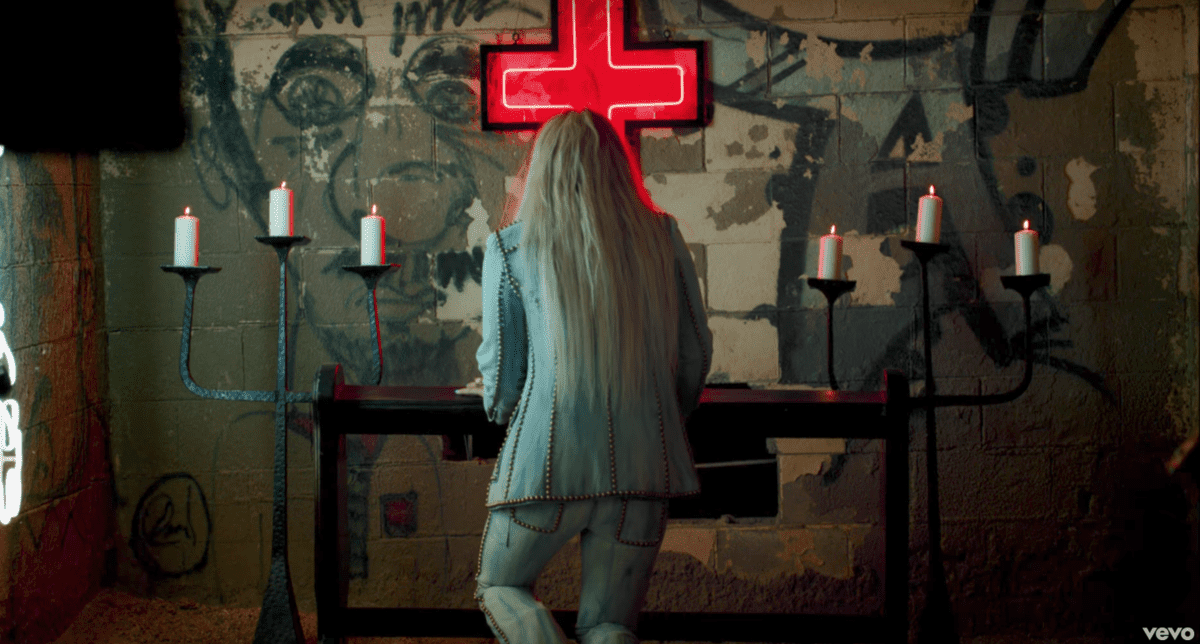 After a long legal battle against her former producer and alleged oppressor, Dr. Luke, Kesha has released her first single in almost four years. “Praying” emerged out of her crisis of faith following alleged sexual abuse, battery, gender violence, and emotional abuse perpetrated by her producer of 10 years.

Her latest lyrics and music video, which ends with her walking on the water in a demonstration of faith, comes as a surprise to many, who know Kesha for her party-centered lyrics and acts of outrageous behaviour.

Watch at the bottom of the page.

One year ago, a judge denied Kesha’s request for a release from her contract with Dr. Luke, saying “You’re asking the court to decimate a contract that was heavily negotiated and typical for the industry. I don’t understand why I have to take the extraordinary measure of granting an injunction.”

Devoted fans responded with a “Free Kesha” movement, but it did little to change the court’s opinion. The result? Kesha still owes Dr. Luke’s label – Kemosabe Records – three albums, one of which will be Rainbow.

It’s no wonder, then, why Kesha’s latest release features the theme of losing control – a raw feeling of disempowerment that can only a higher power can remedy.

Finding a Place of Peace

In a letter to her fans, Kesha described how she has channeled her feelings of “severe hopelessness and depression” into this powerful anthem. She goes on to say that she has found a seemingly “unobtainable place of peace.”

Indeed, Kesha has overcome the tumult in her soul by empathizing with, praying for, and – dare I say – forgiving her tormenter. Her entrancing lyrics demonstrate this empathy that is so unusual in a culture full of rage and indignation: “Oh, sometimes, I pray for you at night / Oh, someday, maybe you’ll see the light / Oh, some say, in life you gonna get what you give / But some things, only God can forgive.”

Kesha believes that in our darkest hours “even the most cynical among us are forced to turn to something other than ourselves – we turn to prayer.”

When push came to shove in the midst of Kesha’s legal battle and heartbreak, she pressed on each day – and this beautiful work of art, this musical testament of faith – is the result. According to Kesha, “I dragged myself out of bed and took my emotions to the studio and made art out of them.”

This worldwide pop sensation hopes her song will reach everyone who is in the midst of struggles. She encourages people to turn from anger and resentment to prayer. There is peace in the center of the storm when you surrender control to God.

Kesha’s final verse says it best: “I hope you find your peace / Falling on your knees, praying.”