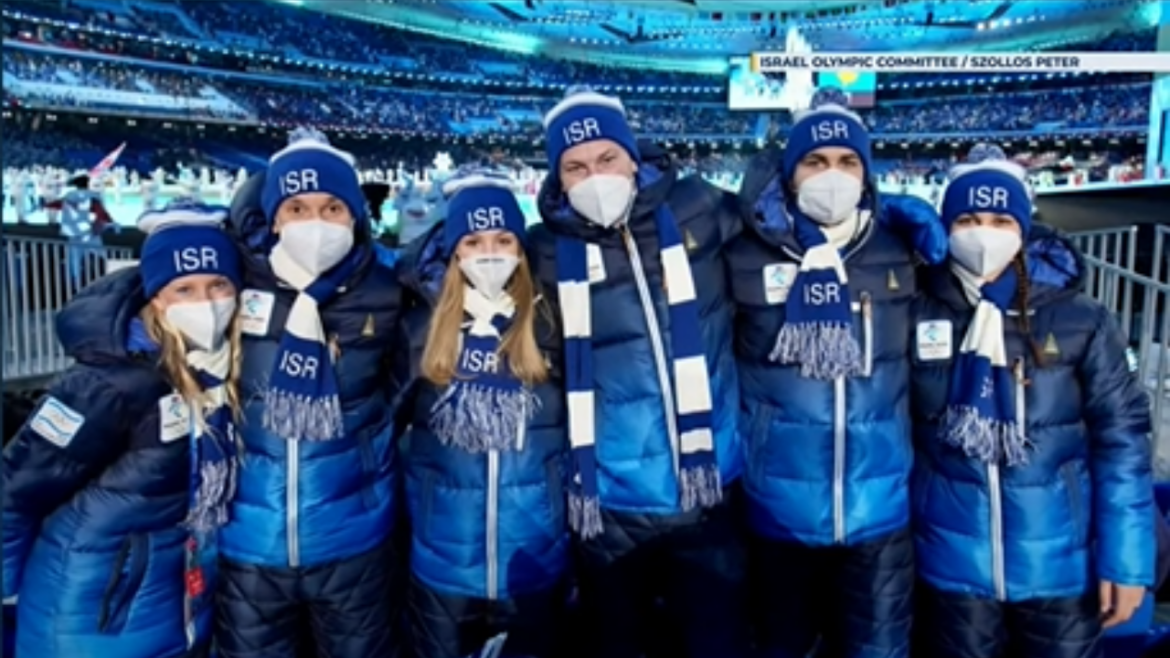 Four ice skaters and two skiers will compete under the Israeli flag at the 2022 Winter Olympics in Beijing, China starting Friday. While Israel has sent a delegation to the Winter Olympics since 1994, they have never won a medal—and that is not expected to change in the Beijing competition—although anything is possible in the Olympics.

“We have a very high-quality and experienced delegation. We have a lot of hopes and expectations that our athletes will be good, will be healthy, and we’ll hope for the best,” said Yaniv Ashkenazi, the head of Israel’s delegation to the Winter Games and director of the Elite Sport Department at the Israel Olympic Committee.

A sister and brother pair of alpine skiers making their Olympic debut—Noa Szollos – who turns 19 just before the opening ceremony – and Barnabas Szollos, 23. The siblings, who have been on the slopes since childhood, were born in Hungary, and their dad, Peter, became an Israeli citizen in the 1990s and at one point coached Israel’s national alpine team.

Pairs figure skater Evgeni Krasnopolski, 33, will be competing again, hitting the ice this time with a new partner, Hailey Kops, 19. The duo has a lot of competition—19 other pairs from around the world—but they are hoping to make it to the finals.

“I dreamed of it; I always hoped I would get there,” Olympic newcomer Kops said in an interview. “It’s crazy, it’s an amazing opportunity, and I’m thankful to my team for being able to give me the opportunity.”

In addition to Israel’s delegation, many Jewish athletes are competing under the flags of other nations. One winter competitor to watch is American figure skater Jason Brown, 27, who won a bronze in the Olympics eight years ago.

Brown will free skate to “Schindler’s List,” performed by Itzhak Perlman. “The music is so powerful, so moving, and so important,” Brown said in an interview in November. “I want to do it justice and perform it very respectfully.”

Even though Israel is mostly a desert-type landscape and training facilities for winter sports are hard to come by, Israel almost had its first bobsled team in the Olympics. With shades of Jamaica’s bobsled team’s aspirations captured in the “Cool Runnings” movie, Israel’s team, championed by Israeli American AJ Edelman, missed out on making the cut by only .2 seconds. However, the razor-thin margin loss only served to inspire Edelman. “The mission is not done.” He already has his sights set on the 2026 games in Milan.