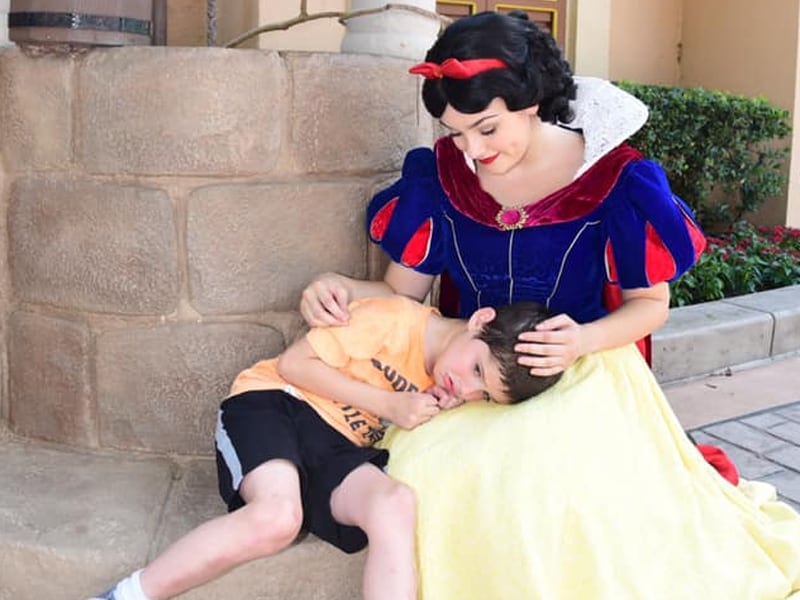 A Snow White actress at Disney World comforts a boy with autism who was having a meltdown in such a sweet way!

Lauren Bergner, the mother of the boy with an autistic son, Brody, shared a post on Facebook to celebrate the touching moment. The New Jersey mother also posted the email he wrote to Disney World about the event.

On August 25, Lauren and Brody were at Epcot, a theme park at Walt Disney World Resort in Bay Lake, Florida. It was their turn to meet Snow White and Brody was having a meltdown.

“My son was having an autism meltdown. He was crying and was overwhelmed and just having a hard time,” Lauren wrote in an email for Disney World.

Lauren’s son Brody has Autism and is non-verbal. When the actress in Snow White costume saw what was happening, she did the unexpected!

“She kissed, hugged and cuddled him. He was laying his head crying on her lap. She then took him for a walk away from the crowd, she was amazing. She held his hand, danced with him, took him over to a bench and sat with him, she went above and beyond,” she remembered. 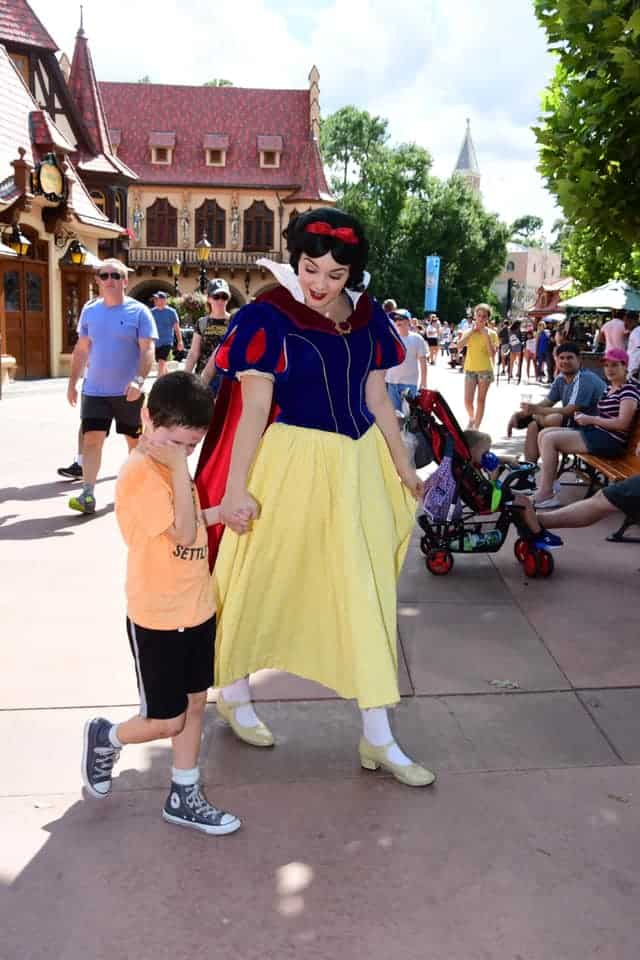 It was a very touching moment and the Bergner family won’t forget the kindness of the princess!

“She took so much time with him, she was a pure angel! She was magical and my family is forever thankful and touched,” she added.

To thank Snow White personally, Lauren sent an email to Disney World and asked for the actress’s email. Which she posted on Facebook along with some photos taken during the event to show people just how amazing she was.

The Facebook post has since gone viral and has been shared over 176,000 times! Thousands of people who read about the story were touched by the kind gesture of Snow White. May God bless this woman with a golden heart!