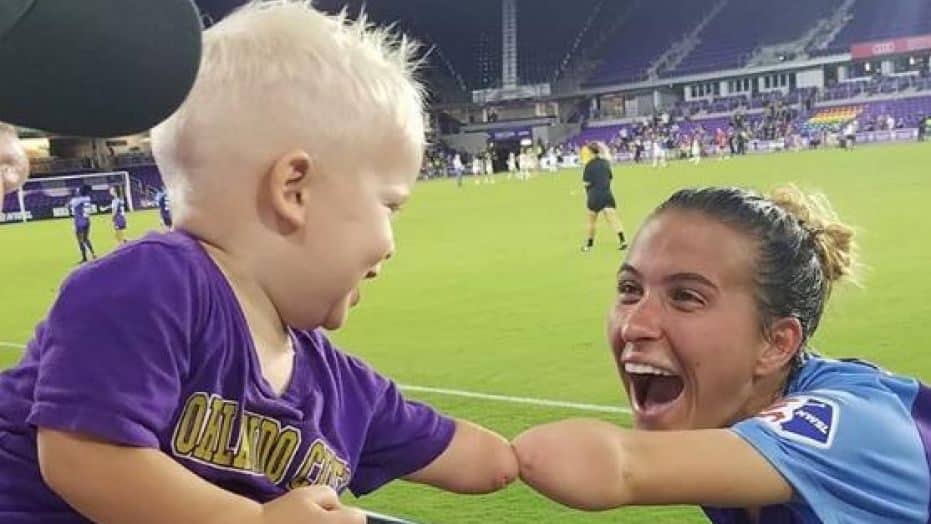 Carson Pickett, a soccer player for Orlando Pride, recently took a picture with a young fan and the heartwarming photo went viral. Her fan was 22-month old old Joseph Tidd and he shares something in common with the professional athlete; they were both born with one hand.

Carson Pickett is one of the best defenders in the US National Women’s Soccer League despite being born with what some would label a “disability”.  She hasn’t let this – or anything – stop her from doing what she loves and doing it well. The 25 year old has quickly risen to fame in the game she loves. 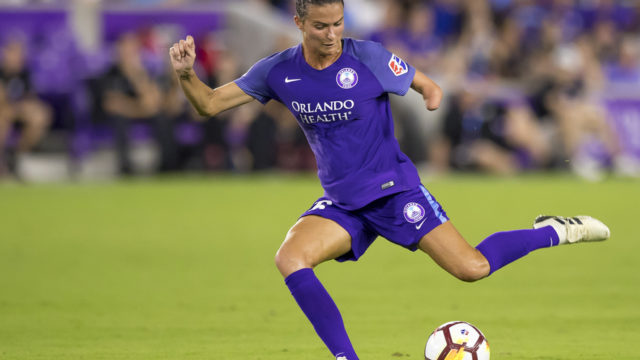 While Carson doesn’t let her “one-handedness” define her, she understands the importance of her role in sports; She’s more than a role model. The image of Carson in her jersey, striking the ball with power, owning the field is a call to action for every child born with a disability: Go for the goal.

“I have the ability to impact a lot of people,” Pickett told the Guardian. “My parents tell me all the time to use the platform God gave me. I can use my arm for something greater than myself. I’m able to impact so many kids and people who may not see a way out. It doesn’t have to impact them through soccer. To see that I am succeeding in life and happy in life can go a long way for some people.”

“Carson knelt down next to Joseph and showed him her arm,” Miles told Today. “It was this instant bond we can’t begin to understand.”

In Carson’s interview with The Guardian last year, she said she wants to use the platform God gave her to change how people view those who are born without limbs.

Praise God for athletes like Carson Pickett! We pray the Lord continues to use this amazing woman of God to show the world that He gives us capacity to do big and great things, no matter what. 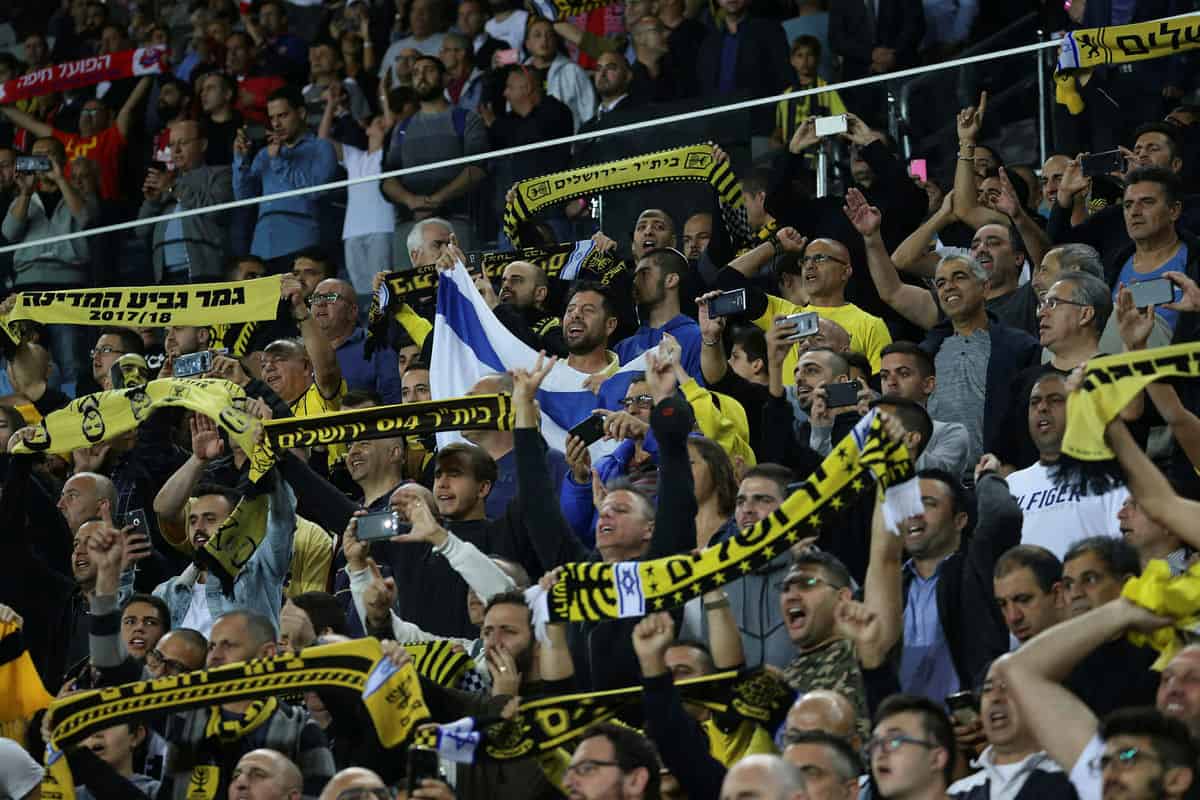 In her documentary, Director Maya Zinshtein portrays the 2012-2013 season of Beitar, during which time the team’s Russian-Israeli oligarch owner Arcadi Gaydamak signed two Muslim players from Chechnya, Zaur Sadayev and Dzhabrail Kadiyev, to play for Beitar.

Gaydamak’s decision divided the fans, some of which, did not like to have Muslim athletes on their team. Unlike other Israeli soccer clubs, Beitar has never employed a non-Jewish player. La Familia’s reaction to the new players demoralized the team, leading to a terrible season, in which the team sometimes played in near-empty stadiums. Gaydemak was forced to hire bodyguards to protect the Muslim players that were eventually kicked off the team.

The title of the documentary, Forever Pure,  refers to a banner held up by La Familia meaning  free of non-Jews, racially pure.

“Forever Pure tells a much broader story, than that of Beitar,“ Maya Zinshtein, the film’s director told Tazpit Press Service (TPS) from Zurich, where she is a judge at the Zurich International Film Festival, “it tells how racism of a small group of people can break down a whole society. It is a good example of how extremists can take the control of the majority, it is a very present-day movie for the Israeli society,” she added.

Beitar, which has been later sold to Eli Tabib and then to entrepreneur Moshe Hogeg, has been trying to address the issue of its racist fan club. In August, Hogeg declared that religion would no longer be a criterion for signing players.