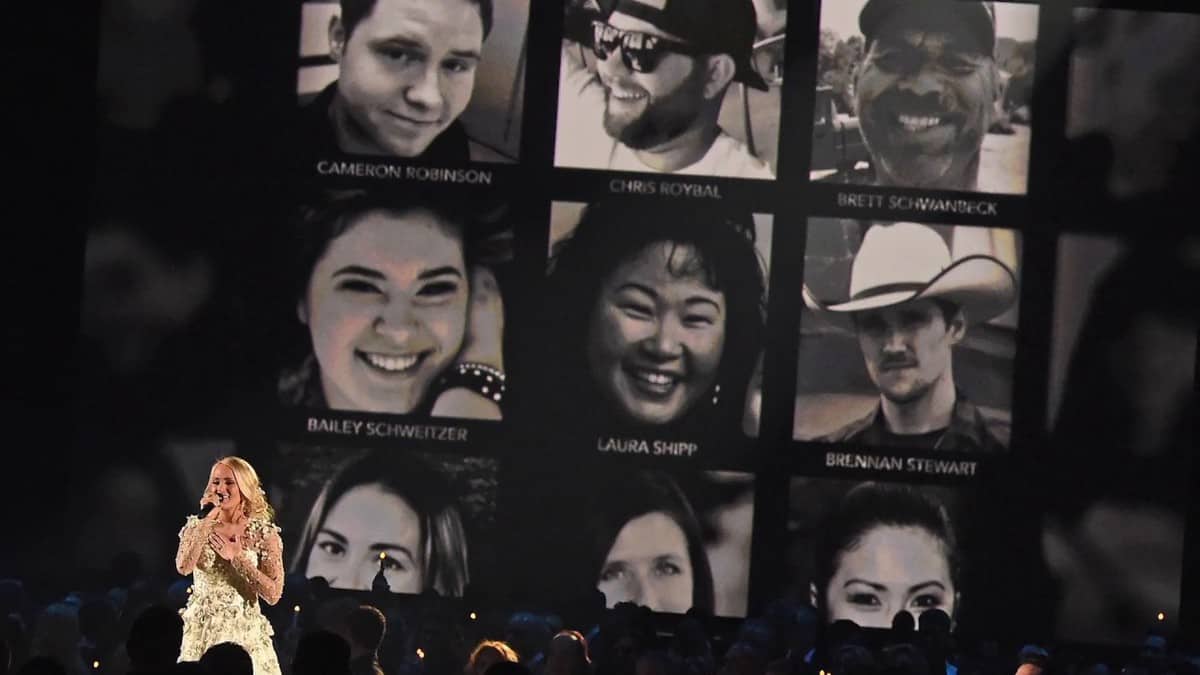 Award shows are usually all about the artists performing their hits and receiving praise for their work, but at the 2017 CMA Awards, country superstar Carrie Underwood did something that left the audience speechless. In tribute to the members of the CMA who had died that year, as well as to the country music fans, who became victims of the horrific Las Vegas shooting, Underwood chose to sing Softly and Tenderly, a hauntingly beautiful hymn you probably grew up listening to. To get up in the midst of tragedy and glorify the Name of Jesus is nothing to turn your head at. It’s also interesting to note that a few days after this performance, Underwood fell outside her home and was so badly injured that she had to suffered a shattered wrist and had to have emergency surgery with over 40 stitches in her face. The devil obviously wasn’t impressed…but her faith goes on! Praise GOD!

it’s easy to understand why Underwood was moved to tears throughout the whole performance.

The Name of Jesus is still glorified even in the midst of darkness and disaster!